Apr 14, 2021 | News | Other | National | International
Landmarks across America to light up blue and white for Israeli Independence Day 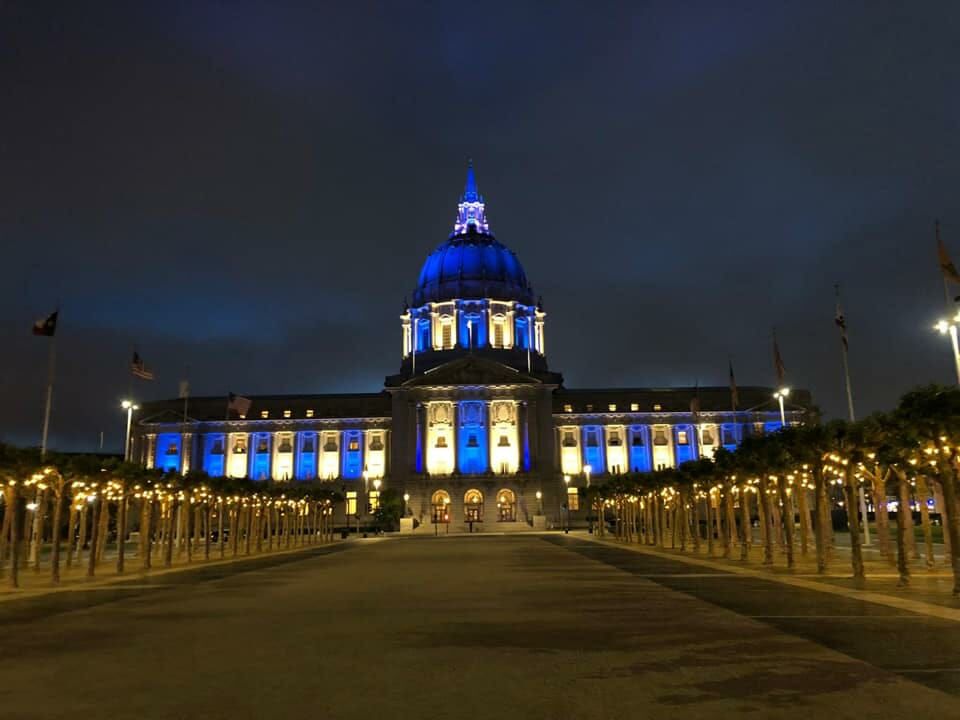 Buildings across America will light up in the blue-and-white colors of the Israeli national flag to honor Yom Ha’aztmaut, Israel’s 73rd Independence Day, which starts on Wednesday evening and lasts through Thursday.

The buildings will display the colors beginning n the night of April 14 and through April 18 as part of a “Celebrate Israel” festival organized by the Israeli-American Council (IAC).

The festival will also feature a global concert by Israeli musicians Idan Raichel, Rami Kleinstein, T-Slam and Sarit Hadad. The performance will be live-streamed across the United States from Israel’s Jerusalem International Convention Center at 7 p.m. on April 18. Other American cities are holding their own events.

“The celebration of the Jewish state is a privilege and duty,” said IAC co-founder and CEO Shoham Nicolet. “This is why we had no question that even during a pandemic, we must celebrate Israel. We are taking innovative and creative steps to make sure we have a safe way to celebrate together as one community from coast to coast.”