May 05, 2022 | News | Other | National
Why did Tel Aviv cancel Independence Day fireworks? 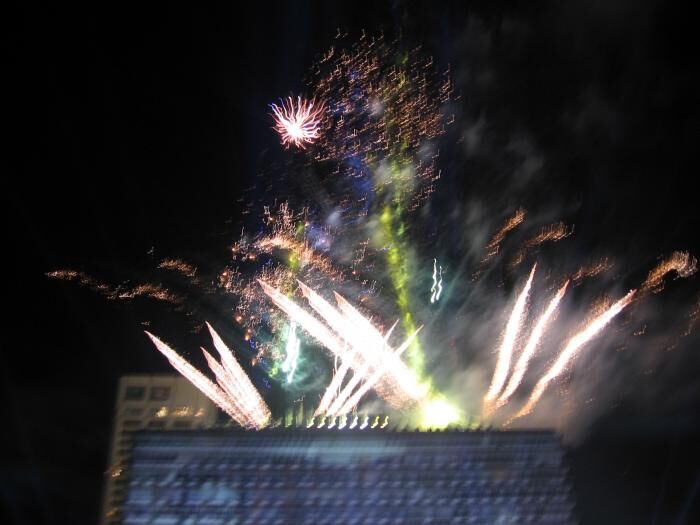 The Tel Aviv municipality recently announced that it was scrapping its traditional Independence Day fireworks display, attributing the decision to a desire not to trigger IDF veterans suffering from PTSD.

A press statement attributed to Mayor Ron Huldai said the fireworks had been cancelled “after much thought and consideration.” The decision was made out of concern for “soldiers struggling with PTSD” and “people living with disabilities,” he said.

Several other nearby cities, including Ramat Gan, Herzliya and Givatayim, followed suit. But while the decision has clearly been influential on other municipalities, the city of Tel Aviv has been less than transparent about the decision-making process behind the radical departure from decades of previous Independence Day celebrations.

World Israel News reached out to the municipality and asked for more information about what led up to the cancellation, such as city administrators’ discussions on the topic, how many IDF veterans with PTSD live in Tel Aviv, and whether the idea to cancel the fireworks originated within the municipality or came as a request from a veteran.

A spokesperson for the city of Tel Aviv responded that “there are no further comments on this topic at the present.”

Liran Baruch, founder and chairman of the NGO Disabled IDF Veterans Forum for Security, said that opinions varied among members of his organization as to whether stopping the fireworks displays is the right thing to do.

“We do have forum members who say they are in favor of ending the fireworks, but on the other hand, we have others who say they would be upset by the cancellation and that it would ruin the joy of the day for them,” he told WIN.

“We welcome accommodations for veterans with PTSD,” he continued, “but it’s unacceptable that many of them live in mixed [Arab-Jewish] municipalities where there are random gunshots and fireworks constantly — and that’s much more shocking and likelier to trigger [PTSD] than fireworks with predictable starting and ending times.”

Baruch said he found it strange that there was a focus on preventing potential PTSD triggers strictly “on a Jewish, national holiday. But stopping fireworks and gunshots in normal times is not a priority.”

In mid-April, the Forum sent a letter to Defense Minister Benny Gantz and Public Security Minister Omer Bar-Lev that outlined their concerns about the fireworks cancellations, explaining that Israeli authorities should take year-round steps to mitigate PTSD triggers for veterans.

Gantz’s office sent the Forum a laconic response, which appeared to be a form letter, pledging that it was doing its best to assist disabled IDF veterans.

The mayor of Lod, Chaim Revivo, told Hebrew-language media on Tuesday that he questioned the narrative around respecting the sensitivities of veterans with PTSD.

Revivo told Radio 103FM that residents of his city, which has a significant Muslim population, have been subjected to nightly “barrages” of fireworks during the monthlong Ramadan holiday.

“Therefore, I think it’s a bit ridiculous to come to the public and say. ‘Listen, today we can’t hurt the people with PTSD, but 30 days straight [of fireworks] is fine,” he said.

“I’ve made a principled and ideological decision: in Lod, there will be fireworks,” Revivo later wrote on Twitter.

“Stop hiding behind the veterans with PTSD. There is a foolish attempt here to cancel our Independence Day celebrations.”

Baruch said he agreed with Revivo’s comments. “Slowly, they’re stripping away our national symbols, and if people don’t understand and deal with it, it won’t end here,” he said.

Moving forward, Baruch said he thinks the best course of action would be “to inform [the public] as to exactly what time the fireworks begin, so they won’t surprise people, and maybe incorporate pyrotechnics that are less noisy.”

He emphasized again that there are veterans with PTSD living in Arab-Jewish municipalities where “endless gunfire and fireworks” are commonplace. He added that “their children are also growing up with that,” and that the violence and random explosions could instill trauma in the next generation.

“We haven’t done anything by stopping fireworks for two or three hours,” he said.