The Best hotels in Jerusalem for 2019 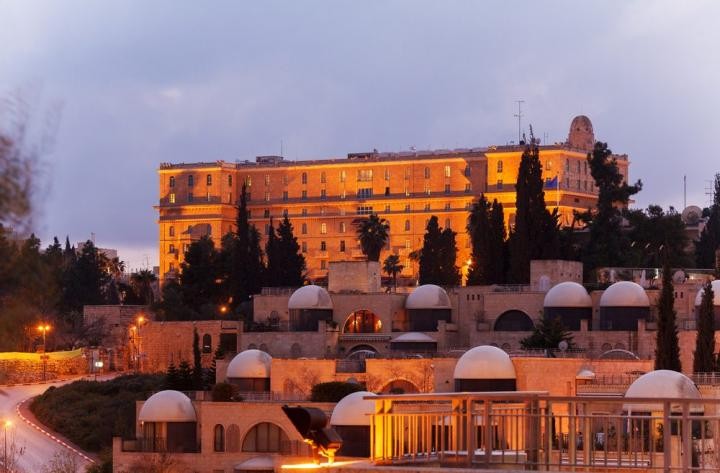 The hospitality industry is booming in Israel’s capital city. The Jerusalem Hotel Association counts 10,500 rooms in its member hotels. And that number does not include dozens of small B&B and boutique hotels springing up rapidly across the city.

If you’re planning a stay in Jerusalem you have a wide range of choices from downtown hotels to historic boutique hotels in quieter neighborhoods, from large chains to mom-and-pop-style accommodations. No matter where you choose to lay your head, you are likely to start your day with a classic sumptuous Israeli breakfast as part of your overnight package.

Here are our choices for 11 remarkable hotels in Jerusalem in various categories. Designed by award-winning Turkish architect Sinan Kafadar and Israeli architect Yehuda Feigin, the 225-room Waldorf opened in March 2014 as the only internationally branded luxury hotel on a street that also hosts the five-star Mamilla, David’s Citadel and King David hotels. The Waldorf Astoria Jerusalem was chosen a Condé Nast Best Hotel in Israel for three years in a row and was named one of “The 10 Best City Hotels in Africa and the Middle East” by Travel + Leisure in 2018.

Order a slice of the hotel chain’s legendary Red Velvet cake to savor in the jaw-dropping lobby, which includes a special Waldorf Astoria clock designed by Avraham Aborgil with four faces adorned with Hebrew, Arabic, Roman and European numerals. 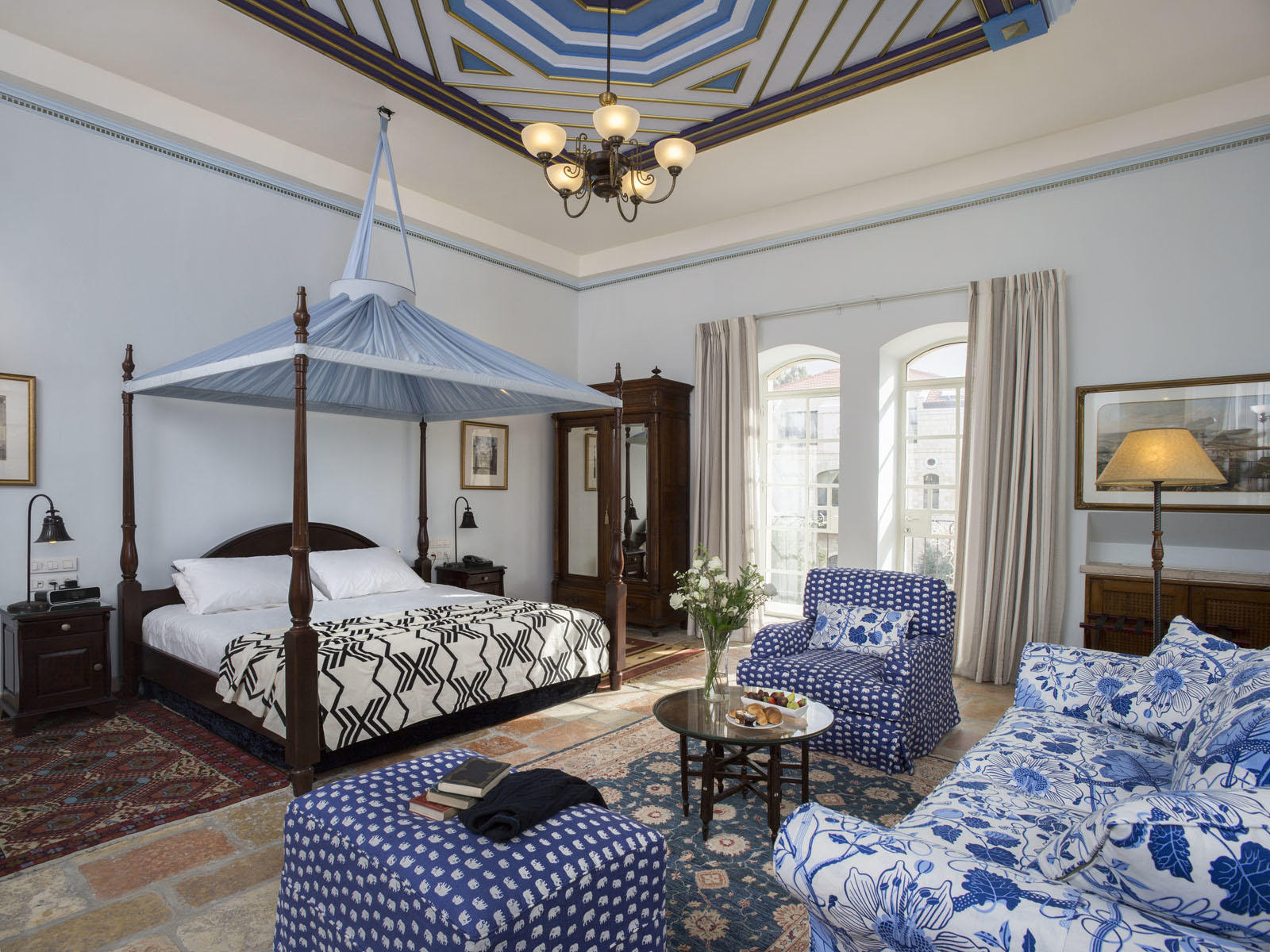 A room at the American Colony Hotel in Jerusalem. Photo: courtesy

One of Jerusalem’s premier hospitality properties, the American Colony is located in East Jerusalem near the Damascus Gate. This 94-room, 120-year-old Ottoman-style complex has three buildings, each complemented by its own garden. The Pasha Deluxe suite comprises original rooms built by the Turkish Pasha in the 1800s for his three wives. Foreign journalists have long favored the American Colony, and celebrity guests over the years have included Winston Churchill, Laurence of Arabia, Lauren Bacall, Peter O’Toole, Richard Gere, Tony Blair and John le Carré. 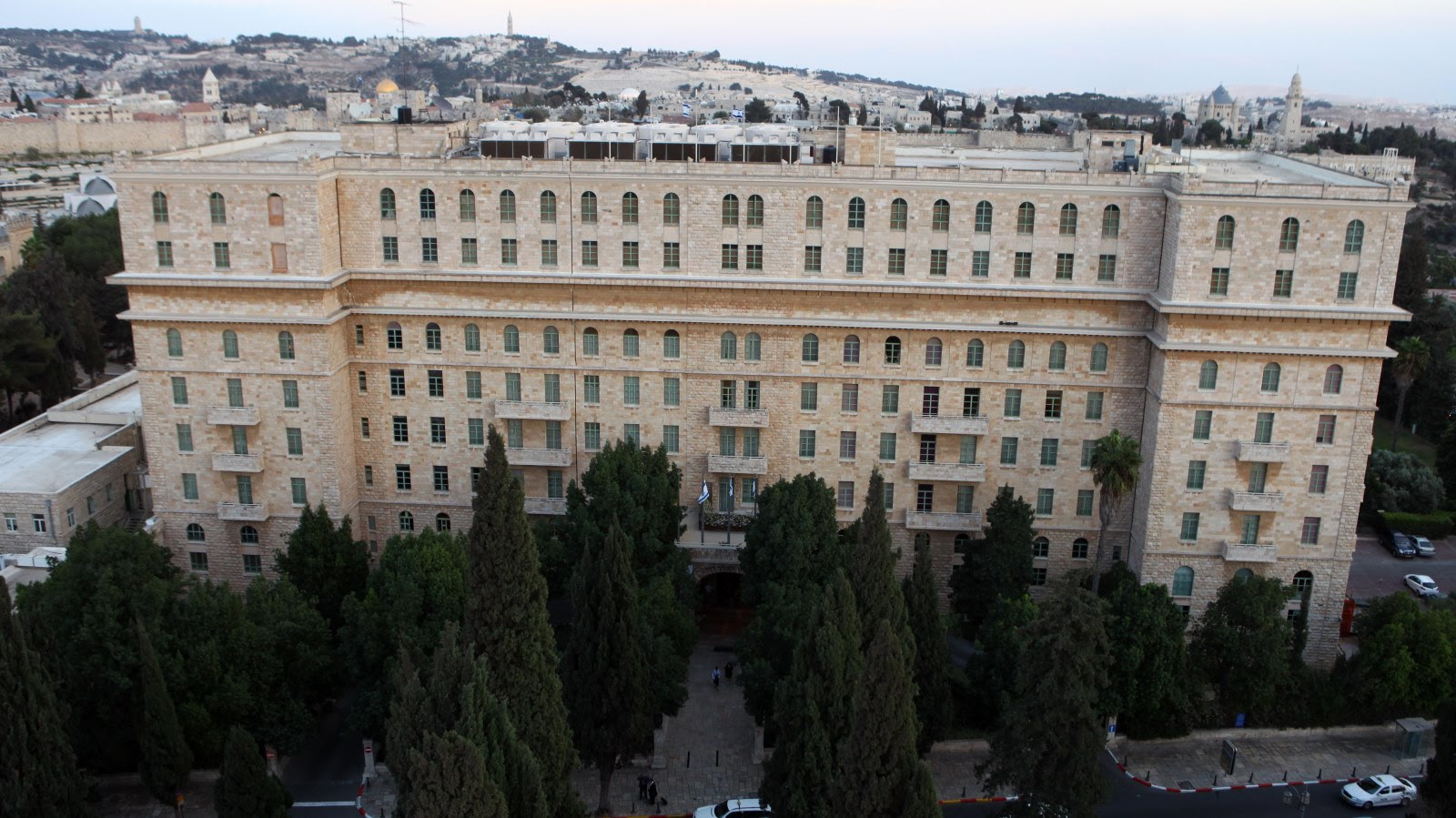 Opened in 1931, the award-winning 206-room King David is a venerable landmark in Israel’s capital city and consistently ranks as one of the Robb Report’s top 100 hotels in the world and features on lists including Conde Nast Traveler’s “Top Hotels in the Middle East: Readers’ Choice Awards.” 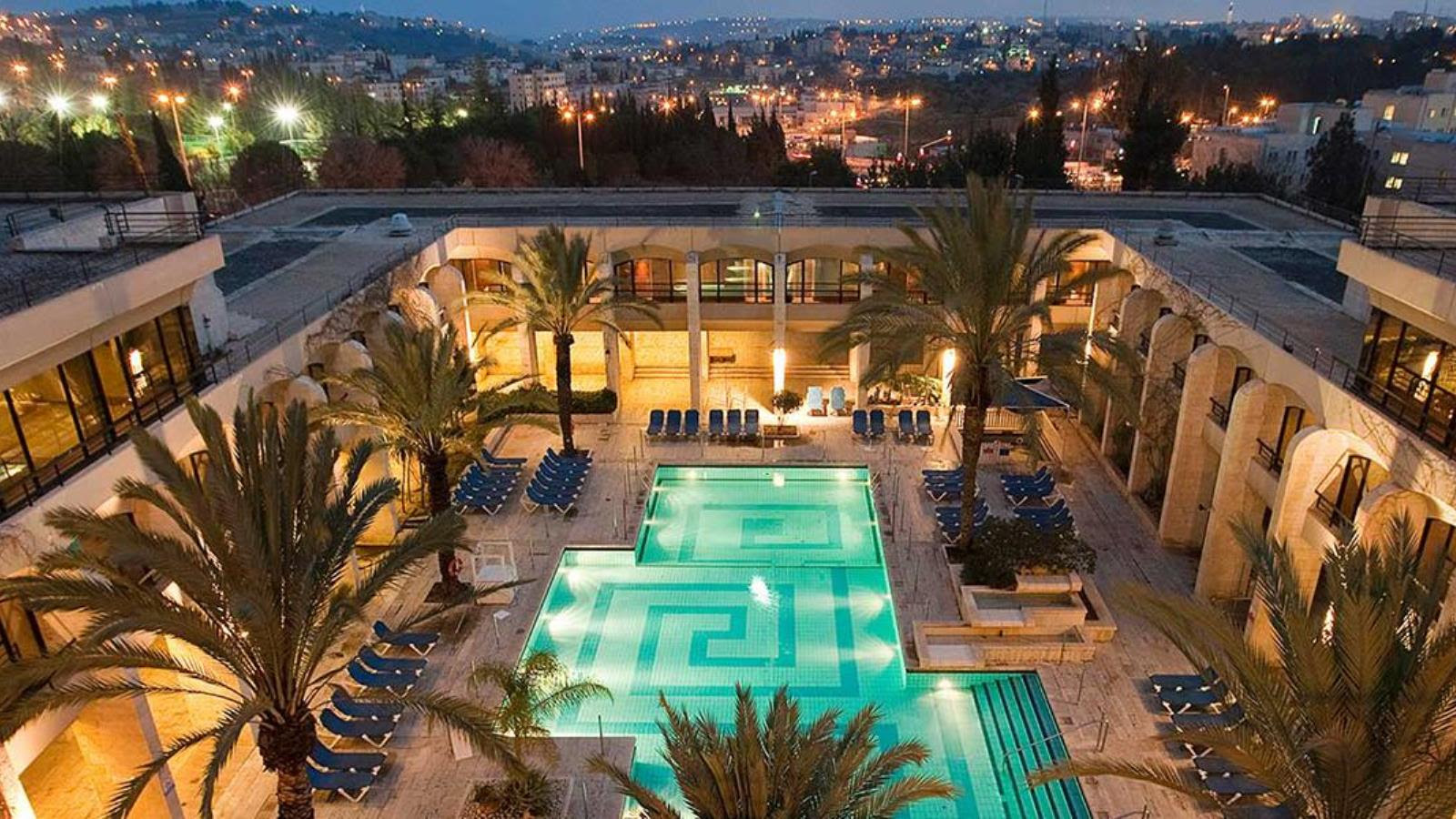 The pool at the Dan Jerusalem Hotel. Photo: courtesy

With 502 guestrooms and suites, the Dan is not only Jerusalem’s biggest hotel but also one of its finest. Situated in the northern French Hill neighborhood, the Dan Jerusalem (originally the Hyatt Regency) is a magnificently terraced structure designed by Israel Prize-winning architect David Reznik on the slopes of Mount Scopus, offering easy access to the Scopus campuses of Hebrew University and Hadassah Medical Center. Yet it’s only a short distance west to downtown Jerusalem or east to the Dead Sea. 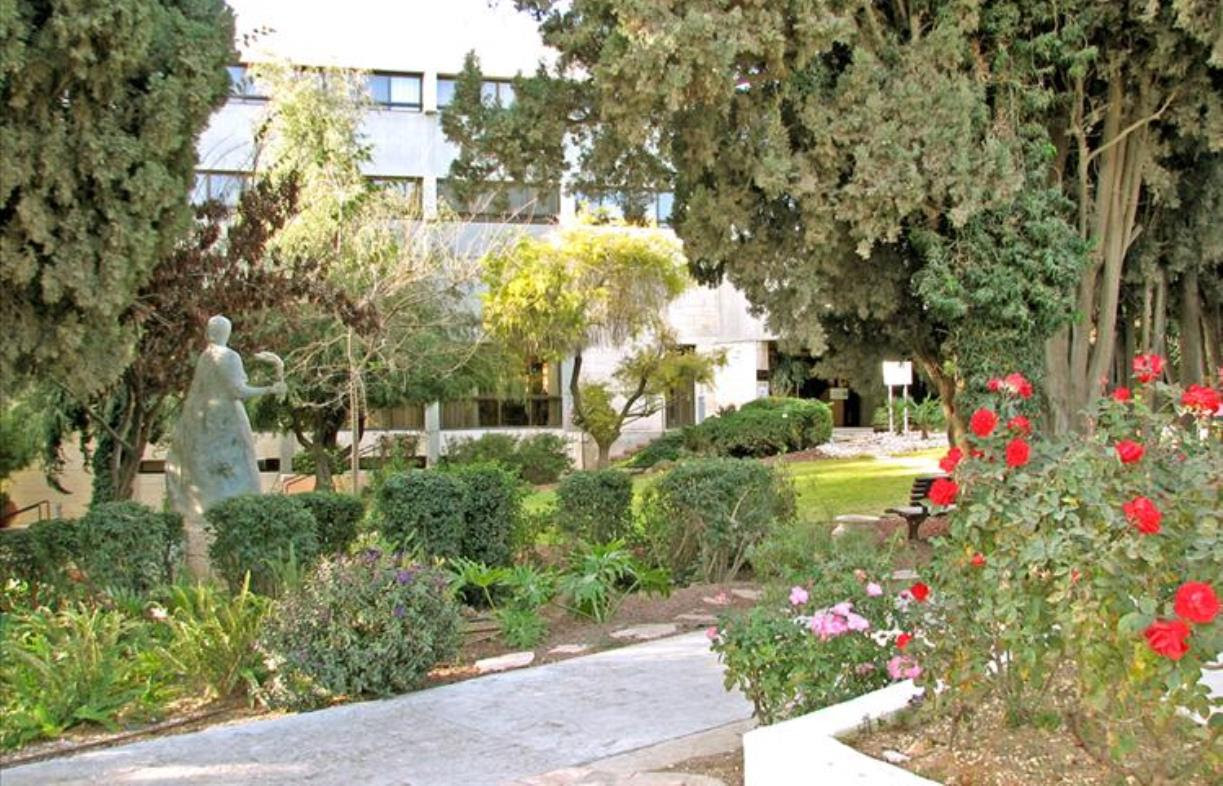 At the tip of southern Jerusalem overlooking Bethlehem and the Judean Hills, the bucolic Ramat Rachel Hotel offers 165 guest rooms and a sparkling new comprehensive Sports Center next door on the kibbutz, which was established in 1926 and boasts Israel’s largest cherry orchard. Guests can take free guided tours of the Ramat Rachel archeological site, Eyal’s Farm ecological and treatment center, and Olive Park. 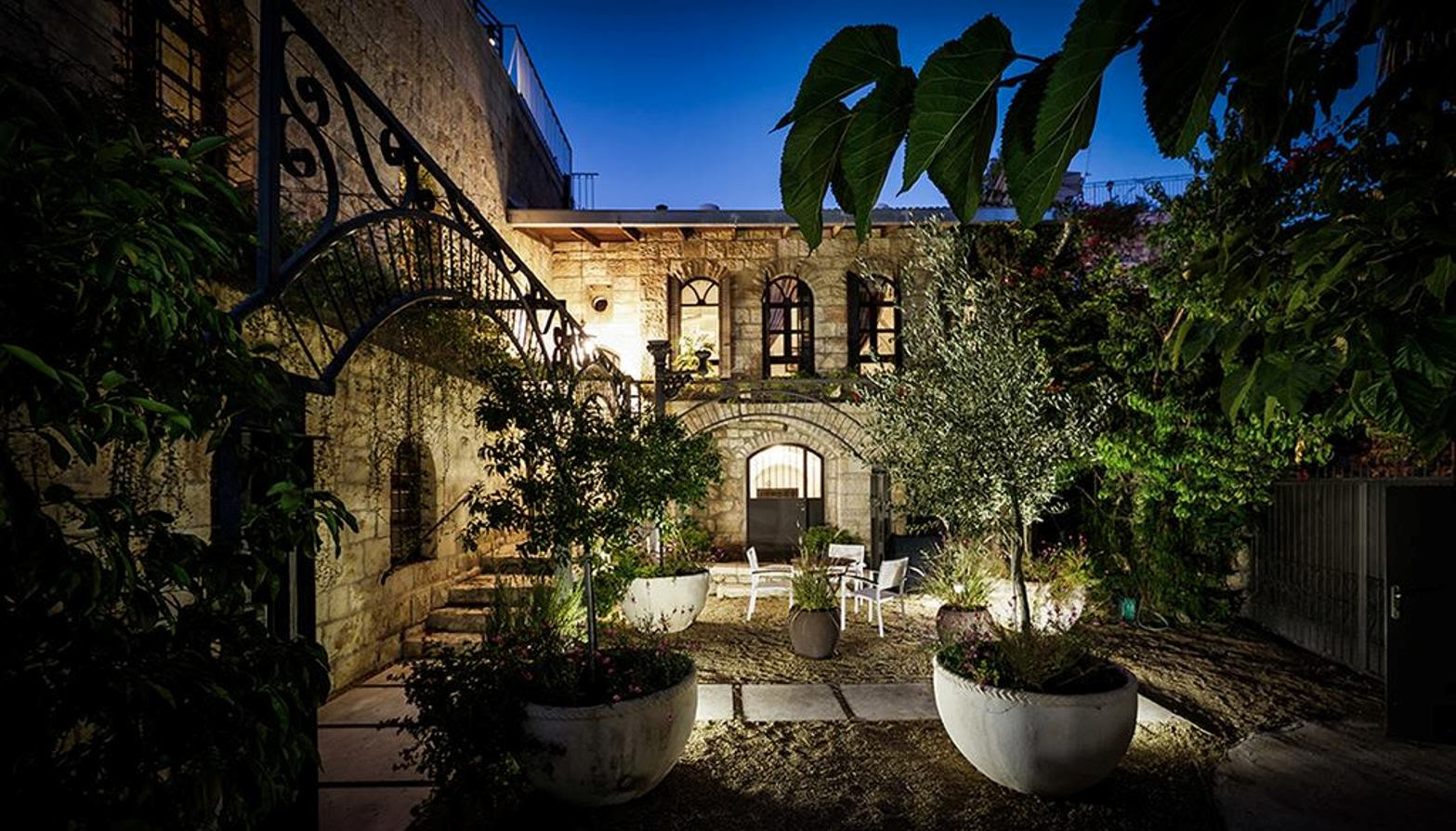 Located in a renovated authentic Crusader inn from about 1,000 years ago as well as a 200-year-old former synagogue across the lane, Hotel Alegra overlooks the forested village of Ein Karem on the outskirts of Jerusalem. Opened in 2011, this boutique hotel was the 1930s home of Alegra and Jabra Persis. Each of its six rooms and seven suites is named after a pair of historical or mythical lovers. Changing art exhibitions hang in the public spaces. Ein Karem, the birthplace of John the Baptist, contains many churches and monasteries, art studios and galleries. 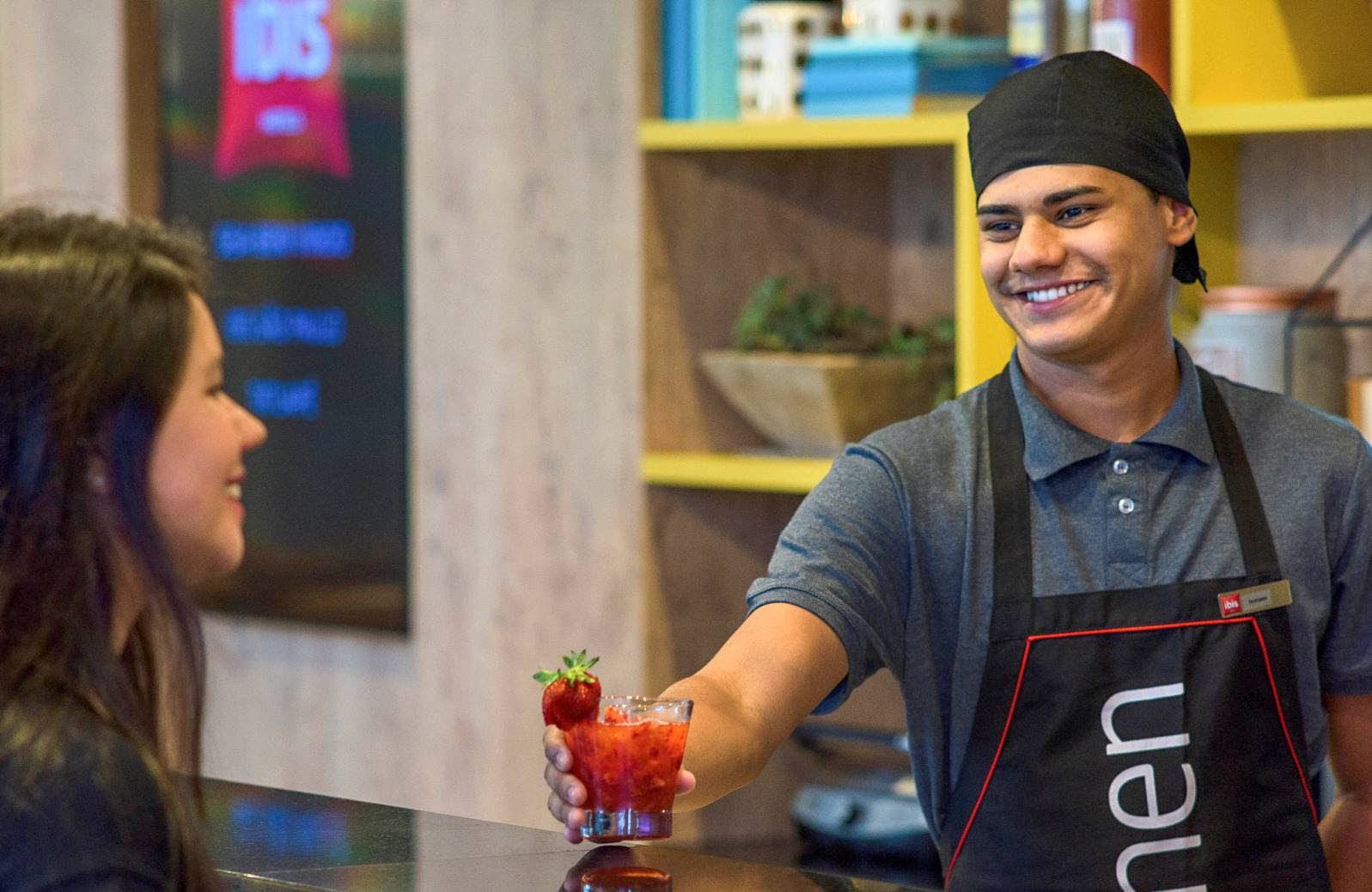 Located on the Ben Yehuda pedestrian promenade in the heart of Jerusalem’s city center close to a light-rail stop and abundance of eateries and shops, this new 124-room design hotel is an ideal base for exploring the Old City, Nahalat Shiv’a District, Mamilla Avenue, Machane Yehuda Market, attractions and museums. The international Ibis brand of AccorHotels chain espouses responsible environmental practices in everything from cleaning materials to prevention of water and food waste. 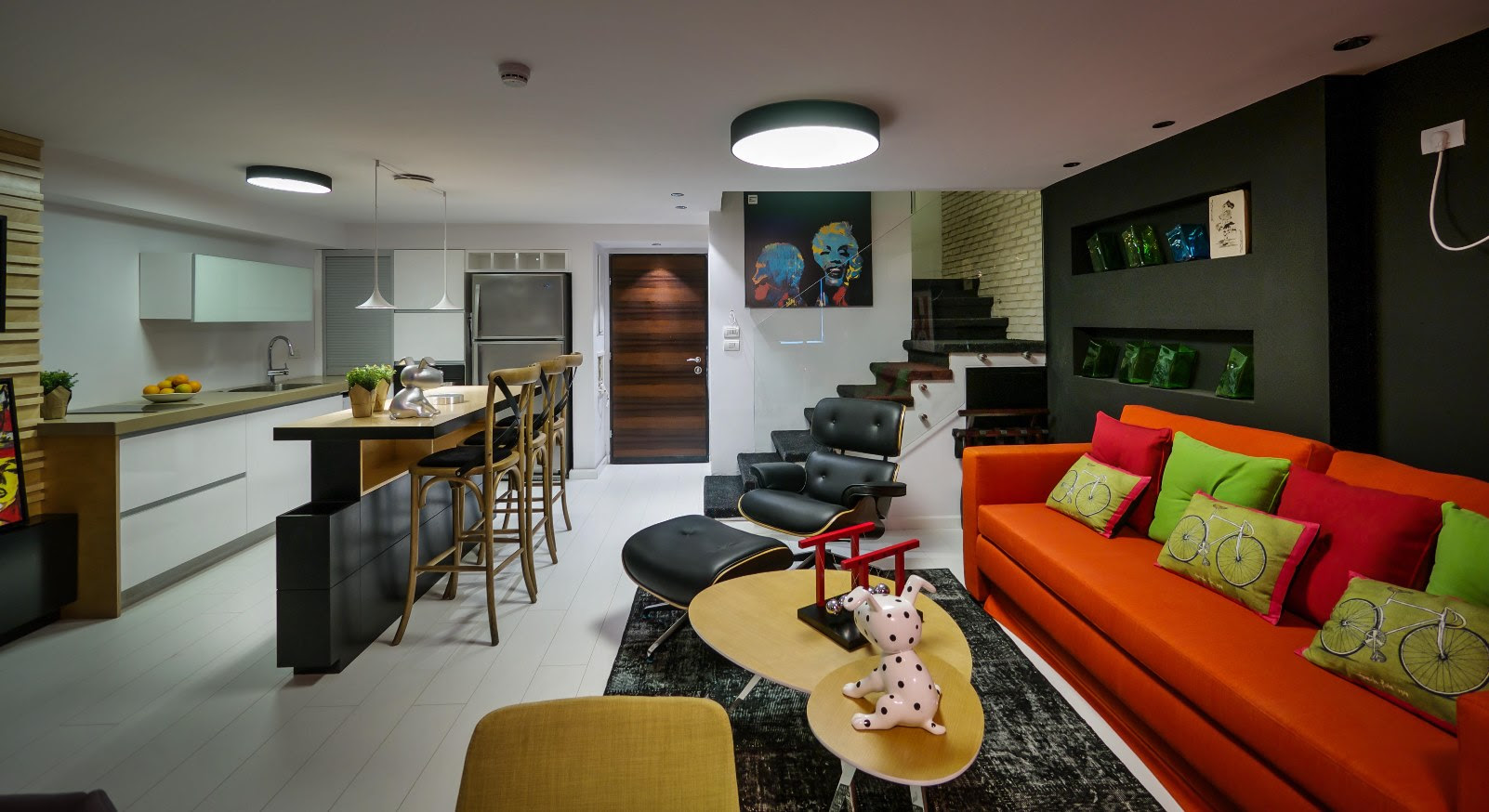 A duplex suite in the 21st Floor Hotel. Photo: courtesy

In a city with few skyscrapers, the 21st Floor Hotel and the 21-story Jerusalem Crowne Plaza tower above the rest and offer commanding views over the city and beyond. Take your pick: One is a small boutique hotel and the other is a large chain hotel.

Occupying the upper two levels of an office building at the intersection of King George Street and the Ben-Yehuda pedestrian mall, the 21st Floor Hotel has 14 duplex suites with full kitchens, salons and dining areas, each with a telescope pointing out of its picture window. 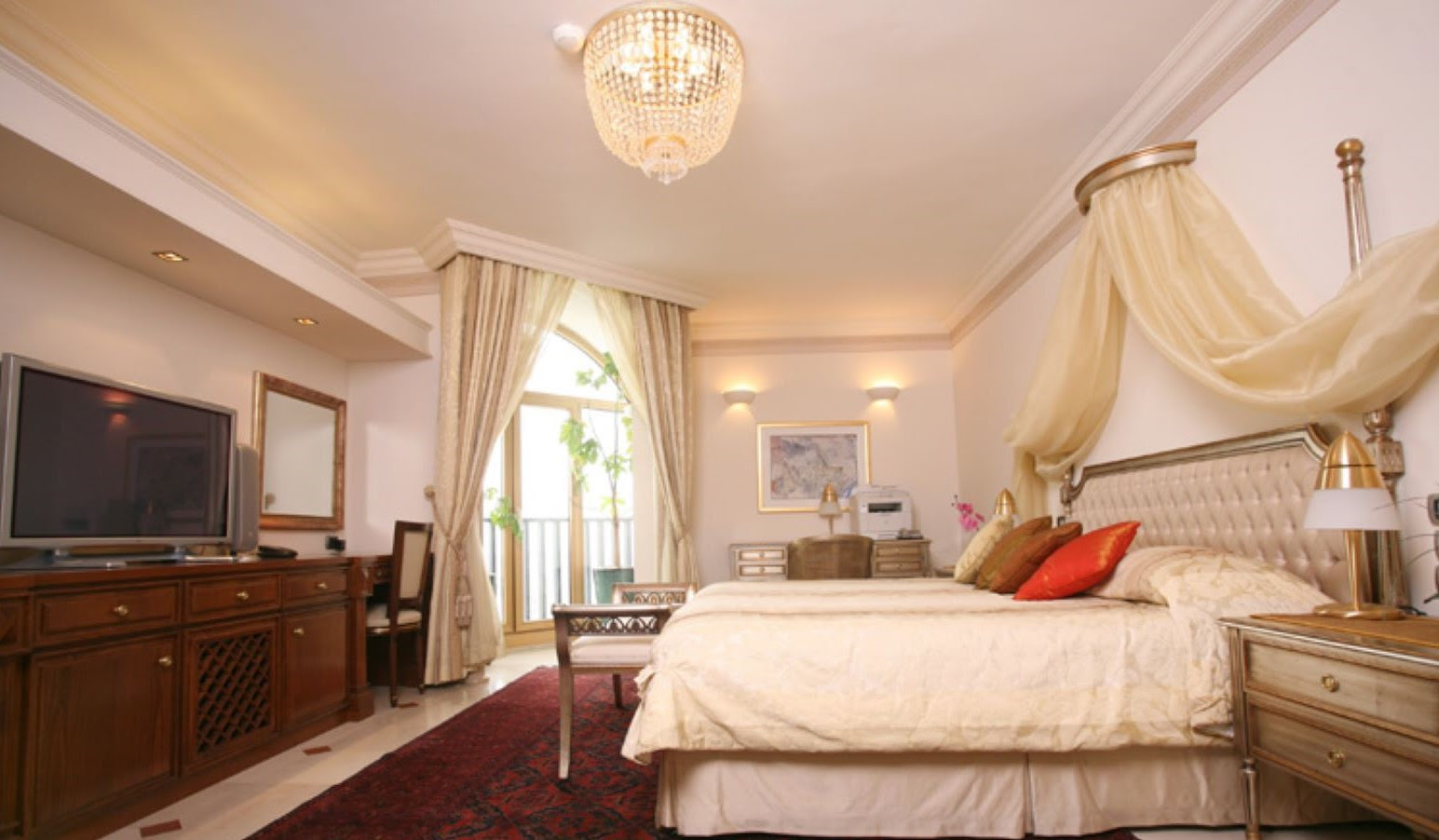 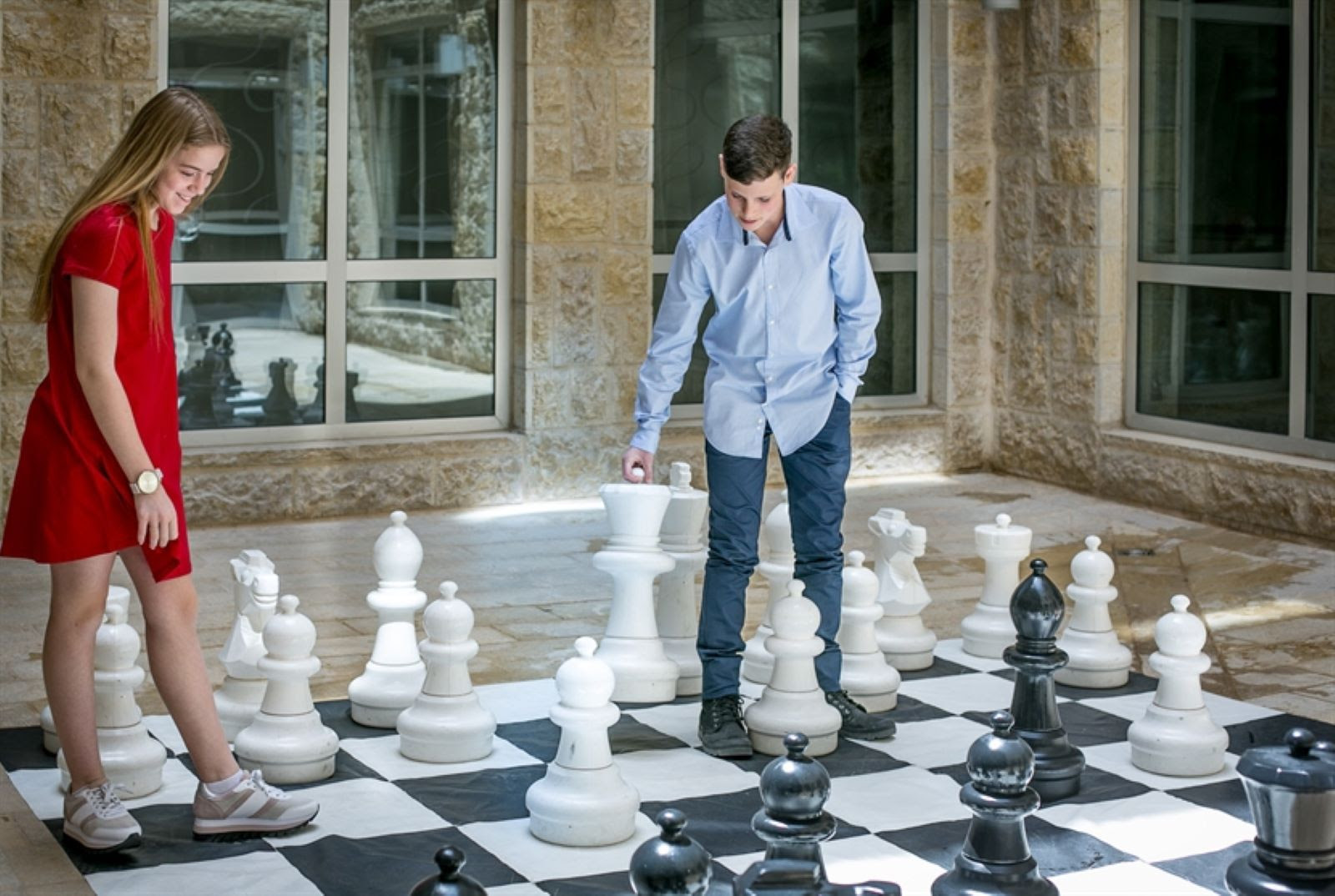 Hotel Yehuda has amenities for children and youth. Photo: courtesy

If you’re traveling with young children, you’ll appreciate the green, off-the-beaten-track location of the 126-room Hotel Yehuda near the Jerusalem Biblical Zoo, National Aquarium, Ein Yael interactive “living” museum and archeological site, and the huge Malcha mall – as well as the hotel’s play room, lush grounds and outdoor kiddie pool open in the hot summer months. Older kids will enjoy amenities such as the giant chess set on the patio. Families can book connecting rooms; cribs are available. 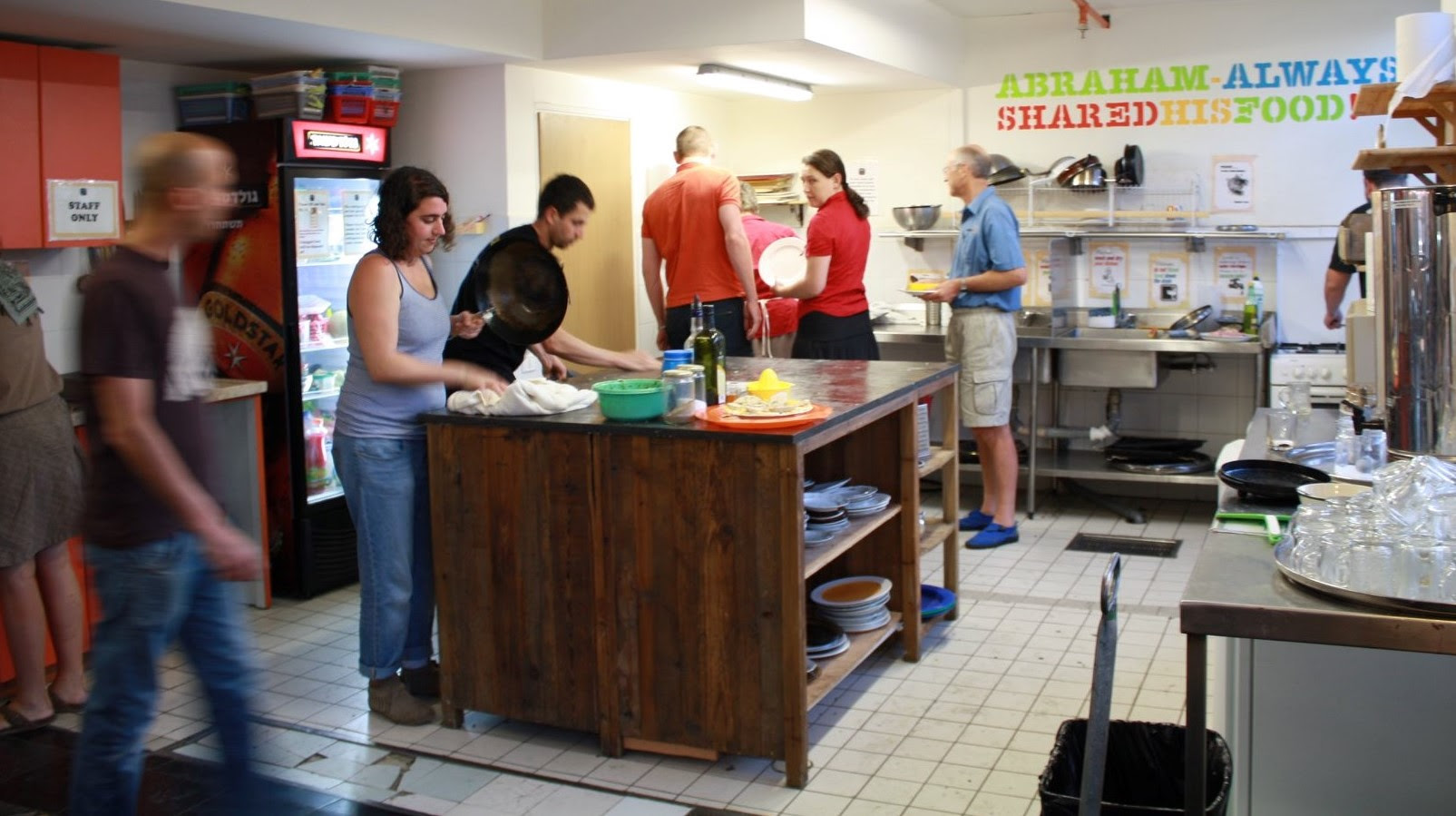 The shared kitchen at Abraham Hostel in Jerusalem. Photo: courtesy