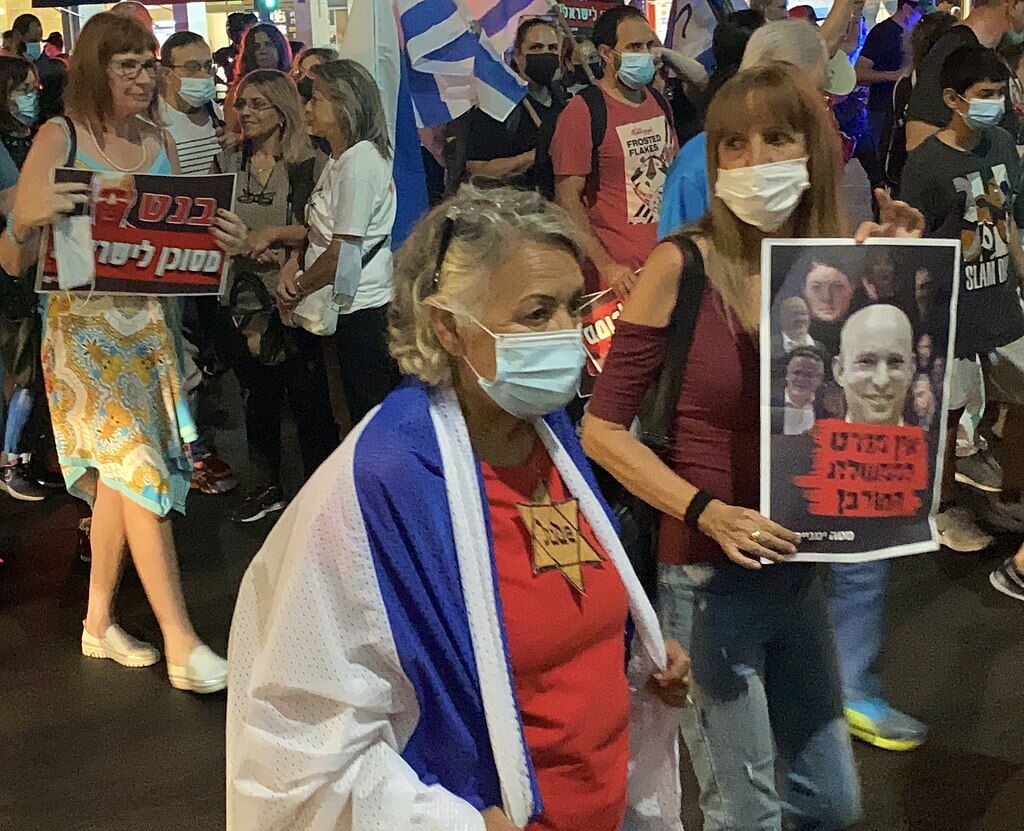 Some 20,000 Israelis took to the streets to demonstrate against the so-called “change government” headed by Prime Minister Naftali Bennett on Tuesday, with protesters seen at more than 100 intersections and bridges throughout the country.

A prayer rally at the Western Wall was held simultaneously alongside the street protests. Dozens of lawmakers — from the opposition Likud, Shas, and Religious Zionism parties — joined the demonstrators.

The official name of the demonstration was “Israel in danger – we want a Jewish state,” and organizers encouraged participation from those wishing to express their disapproval of “the loss of Zionist values, legal persecution, and damage to the Jewish identity of the State of Israel.”

The protesters came from all sectors of Israeli society and expressed diverse reasons for attending the demonstration, including potential reforms to Israel’s conversion and kosher certification systems, and questioning the legitimacy of Bennett’s premiership, as he had won a mere seven Knesset seats out of 120 in the last election.

But most said they were primarily concerned with Bennett’s partnership with the Islamist Ra’am party, an uptick in violent Arab terror attacks on Jews, and the deteriorating security situation in Israel’s southern Negev desert, which has seen rampant crime and rioting from Bedouin citizens.

Unlike the protests against former prime minister Benjamin Netanyahu seen in 2020, Tuesday’s demonstration was not widely covered by Hebrew-language media.

In a statement, the protest’s organizers praised demonstrators “for voting with their feet to identify with the struggle.”

“The government forgets that we are a Jewish and democratic state, which our forefathers fought to establish, and we all said in a clear voice that there is no legitimacy to this government,” the statement continued.

“The protest will continue to grow and gain momentum until the evil government falls.”

“I am very happy that there are many people who love the people of Israel, the Land of Israel and the state, demonstrate at intersections and pray at the Western Wall so that we will have a Jewish state,” said Chief Rabbi of Tzfat Shmuel Eliyahu, who also attended the protest.

“It is important that you are partners in this demonstration, it has an effect and influence to change reality.”