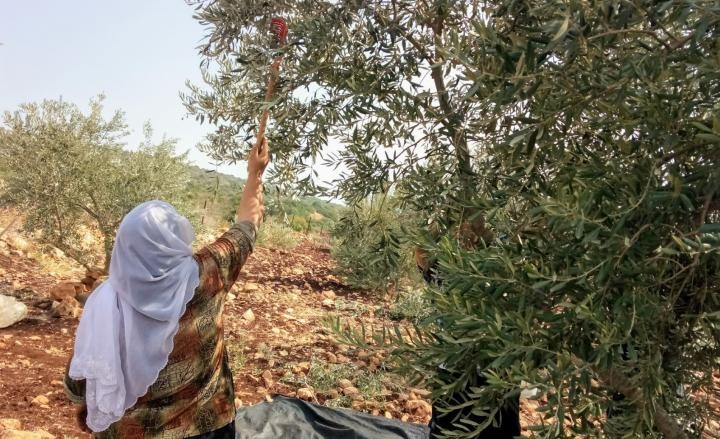 Late into an unusually warm Israeli autumn, the olive trees of the Upper Galilee have held their ground through the intense summer, and are bursting with tons of ripened blackish-purple and green fruit.

Ready to pick the season’s bounty after the first drizzles of the rainy season, Adnan Karabash and his family take to their grove in Maghar, a village inhabited by Druze, Christian and Muslim Arabs.

Karabash is an unusual fellow around these parts. He is a retired drama teacher who favors collecting his olives by gently coaxing them off the branch with a sort of wide-toothed wooden comb, rather than subjecting the tree to beating or shaking as others do. 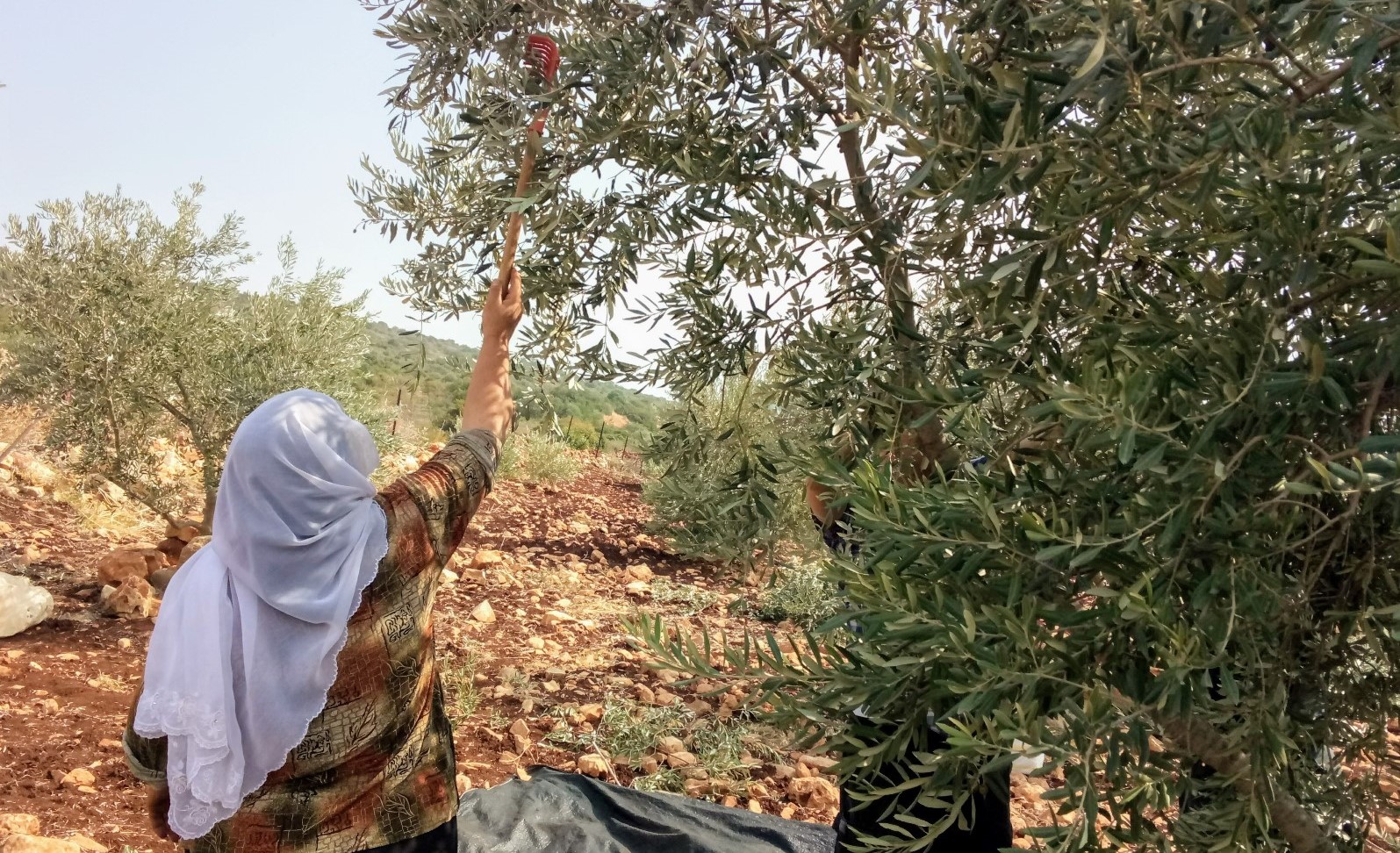 “Italians use olive oil today because Roman soldiers brought trees with them from this land, back to their capital centuries ago,” he explains proudly.

It all started here. Olives are, after all, one of seven-species native to the land of Israel during the times of the Bible.

Pomegranates, grapes and figs are among the others.

Down the road, the nearby village of Deir Hanna boasts the oldest olive tree in the area. It is estimated to be over 900 years old, and is identifiable by its unusually wide trunk, thick knotted branches and gnarly offshoots.

But the main attraction this time of year is each town’s olive-oil press, working around the clock to accommodate the harvest. 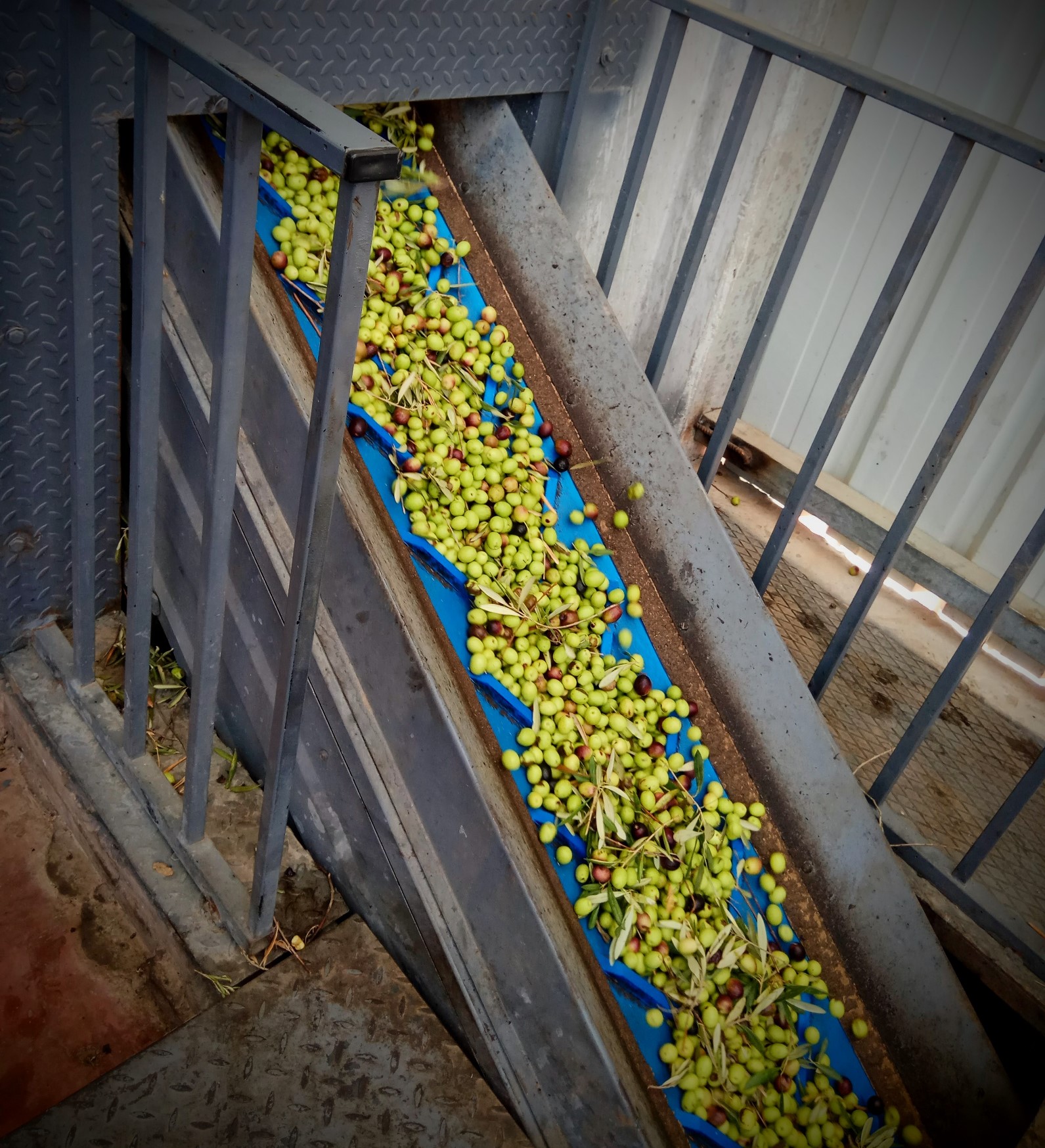 Fresh-picked olives on the conveyor belt in Maghar. Photo by Jessica Halfin

In Maghar, families line up to process their bounty, watching the olives fly up the modern conveyer belt whole to be washed, crushed, and wrung of their juices until only the purest oil remains.
Giant 4.7-gallon yellow jerry cans wait to be filled with the pure dark green liquid. It is a process that takes two to three hours.

Olive oil this fresh is not just a culinary treasure, it is also utilized for soap making, home remedies and fuel. Even the leftover pulp from the olives, which the machinery has bled dry, is used as fertilizer for the fields, just as in ancient times. Processing methods have modernized, but some things never change.

Back in the fields, this time of year is more of a celebration than a chore, as families sit, talking and joking, music blaring, taking turns eating their makeshift picnics, and tapping the tree sternly with long wooden sticks, to nudge the olives down to the tarp that lies at their feet.

“The oil is only good for one year. After that we consider it to be poison,” Karabash casually remarks. “It is very healthy. It has a central role in almost everything we eat, and we take it very seriously.” 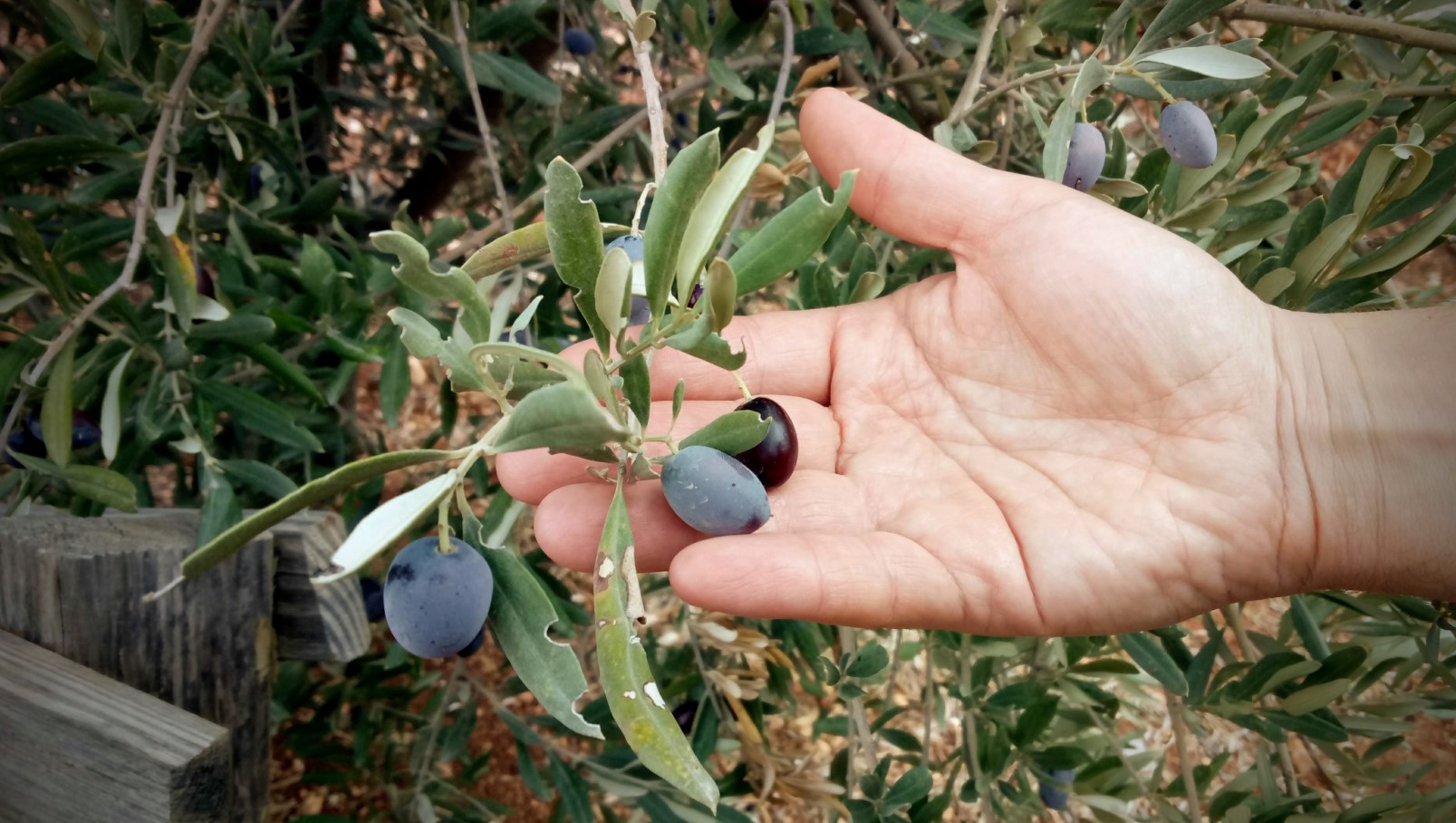 Adnan Karabash with his olive trees in Maghar. Photo by Jessica Halfin

A staple of the Mediterranean diet, olive oil is perhaps the fountain of youth just under our noses. It is widely accepted by scientists that Mediterranean countries can attribute long life expectancies to their olive oil-rich diets. The ancient industry was rediscovered by Jewish Israelis in a culinary rebirth of the last decade or so that saw similar booms in the fields of boutique wine, artisan cheeses and breads.

Paul Nirens, who includes olive harvesting activities among his offerings of authentic Galilean cooking workshops through his business, Galileat, weighs in on the subject.

“It’s a no brainer. We Jews are rediscovering today what our ancestors have known for the past 2,000 years, and our Arab neighbors have been practicing since they can remember. We have the perfect conditions in Israel for top-quality olives and grapes, and as a modern society, the knowhow to do it properly and to coax Mother Nature into giving us her best.” 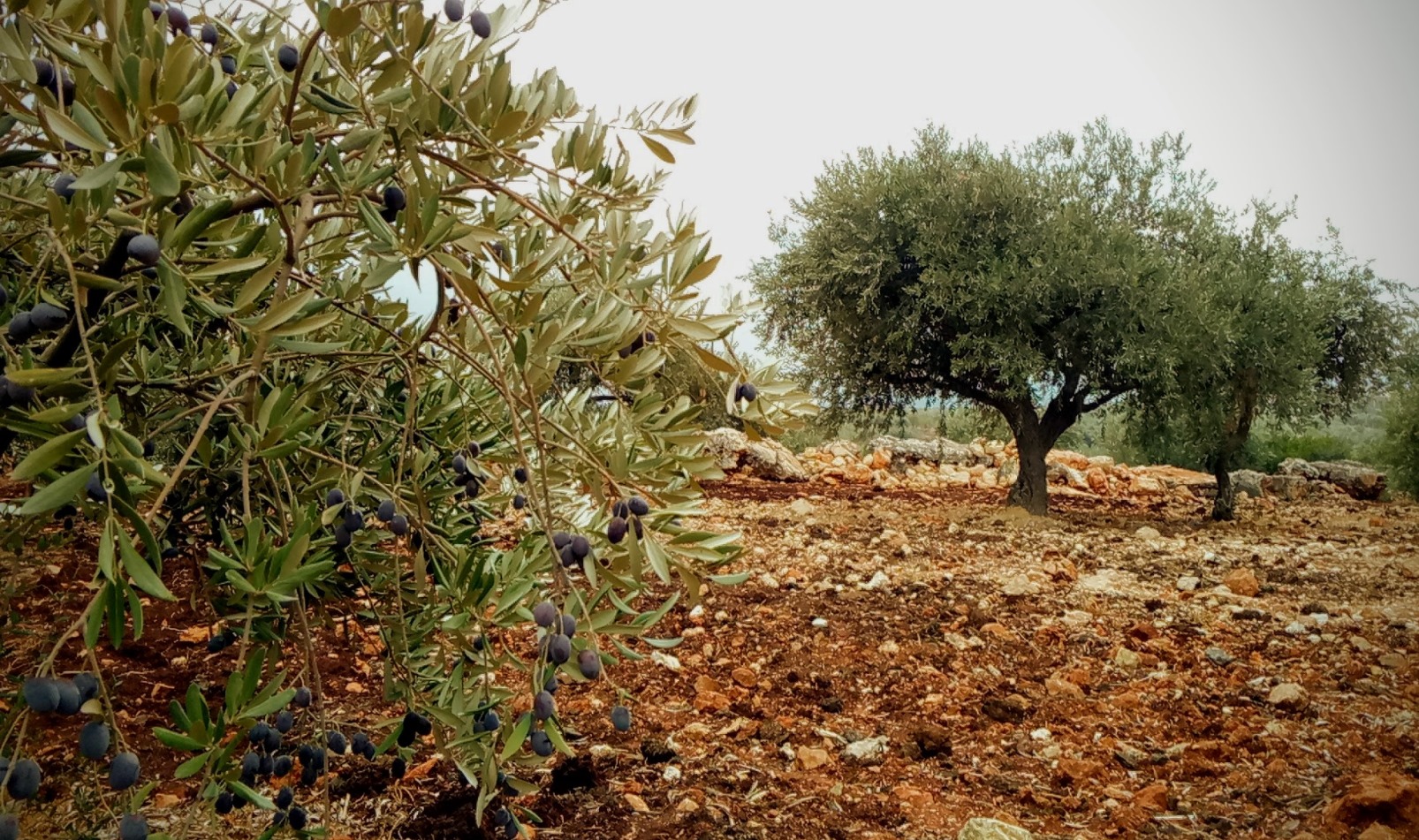