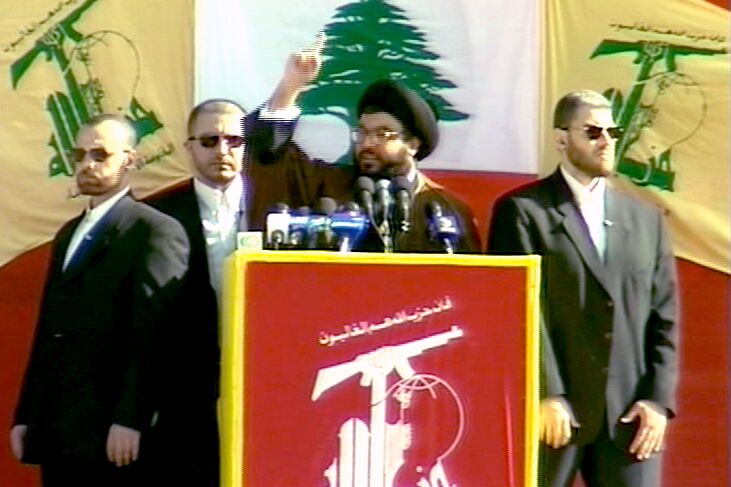 Hassan Nasrallah claims to have 100,000 fighters, but vows they won’ t be drawn into a civil war.

Nasrallah once again accused the Christian Lebanese Forces Party and its leader, Samir Geagea, of being behind the shooting, which he claimed was part of an attempt to drag the country into another civil war, according to AP.

The Hezbollah leader claimed to have 100,000 fighters under his command, but said that they had been recruited to defend against external threats, and would not be drawn into a civil war.

On Oct. 14, unidentified gunmen opened fire on a Hezbollah-organized rally against Judge Tarek Bitar, the lead investigator in the ongoing investigation into the Aug. 4 Beirut port blast. Bitar has charged a number of former high-level officials, including Hezbollah allies, of criminal negligence in connection with the explosion, which killed more than 200 people and caused billions of dollars’ worth of damage to the city. Nasrallah has accused Bitar of political bias.

It also accused Hezbollah of sending supporters into the Christian neighbourhood of Ain al-Remmaneh where it says four residents were wounded before a shot was fired, according to AP.

Nasrallah said that while some of the protesters might have shouted provocative slogans near the Christian area, and that it was wrong if they had done so, it was not they that had started shooting.

“I advise the Lebanese Forces party to give up this idea of internal strife and civil war,” said Nasrallah, according to the report. Hezbollah, he added, “has never been as strong as it is now.”

The Hezbollah leader stressed during his speech that Hezbollah was allied with the Free Patriotic Movement, Lebanon’s largest Christian party, and was protecting the rights of Lebanese Christians, according to AP.

Lebanon’s top Christian cleric on Sunday condemned last week’s violence as “unacceptable,” calling for all parties in the country to respect the independence of the judiciary.

In his speech on Monday, Nasrallah repeated the claim that the probe into the port blast was not objective and would not lead to justice, according to AP.