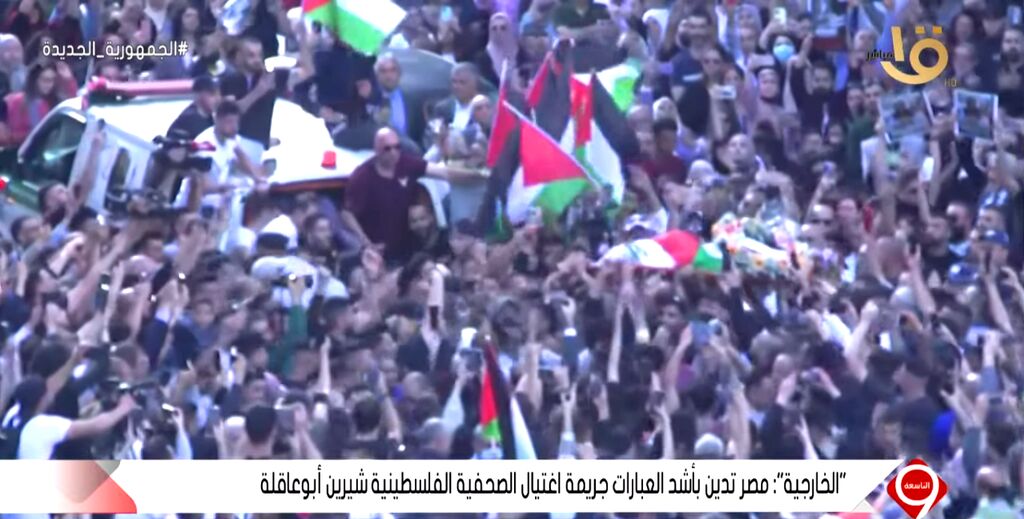 The Palestinian Authority is refusing to allow an Israeli investigation into the shooting death of Shireen Abu Akleh, and will not turn over the bullet that killed her for an IDF ballistic examination.

Despite a preliminary statement from Wednesday from the Palestinian Health Ministry saying that it was unclear who fired the shot that killed Abu Akleh, PA officials blamed Israel and said there was no need for additional investigation.

“Israel requested a joint investigation and the handing over of the bullet that assassinated the journalist Shireen, and we refused that, and we affirmed that our investigation would be completed independently, and we will inform her family, America, Qatar and all official authorities of the results of the investigation,” Palestinian Authority Civil Affairs chief Hussein al-Sheikh wrote on Twitter.

In a statement in line with the claims of Abu Akleh’s employer, the Qatar-owned Al Jazeera news network, al-Sheikh charged that she was intentionally “assassinated by Israeli special units.”

Notably, the bullet that killed Abu Akleh — a 5.56×45mm NATO round — is used by both IDF troops and Palestinian terrorists.

Videos from the scene depict Palestinians firing indiscriminately, including blindly around corners within the neighborhood where the IDF was carrying out arrest raids.

In one video, a young man holding an M-16 machine gun is heard boasting that he shot an IDF soldier who was lying on the ground. Because Abu Akleh was wearing a helmet and no soldiers were injured during the Jenin operation, Israeli commentators have suggested that the man in the video likely shot her, believing he was firing at Israeli troops.

Israeli officials have called for a full investigation into Abu Akleh’s death, pledging to take responsibility if her death is found to be the fault of the IDF.

Biden administration officials, including U.S. Ambassador to Israel Tom Nides, have called for a thorough investigation, but it’s unlikely that the Palestinians will be sanctioned for their refusal to allow an independent or Israeli inquiry into Abu Akleh’s death.