Sep 16, 2020 | News | Other | International
Victims of anti-Semitism in the IHRA definition 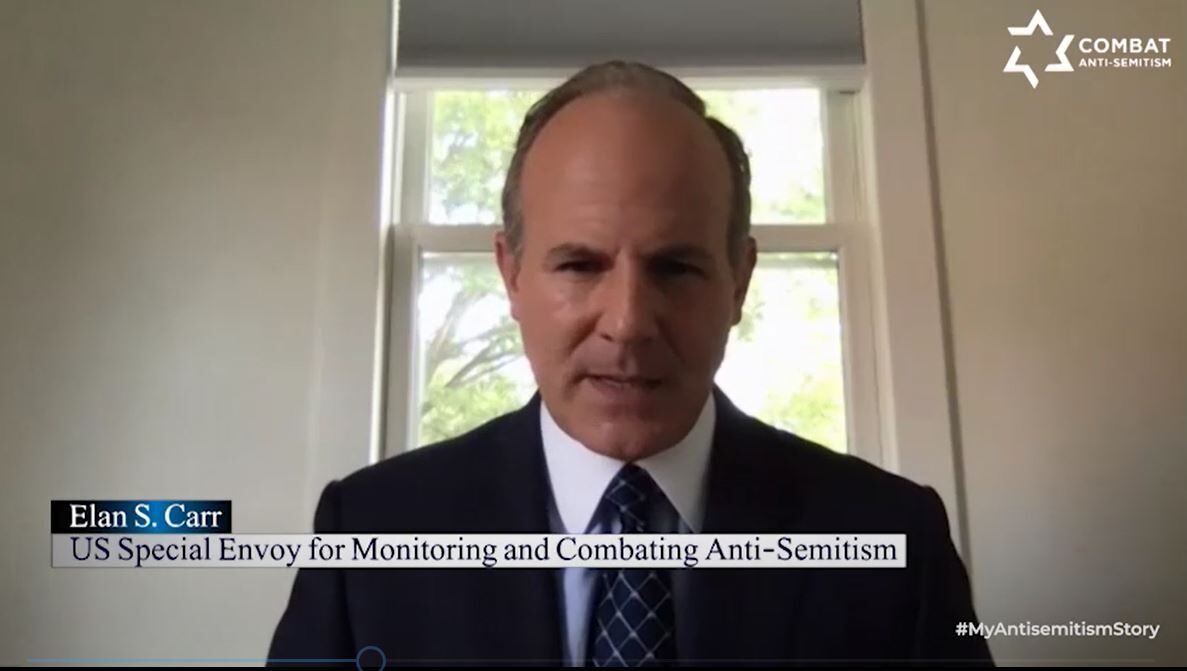 16 September 2020 (New York) – Officials from the United States, United Nations, UK and Germany called today for greater adoption of the International Holocaust Remembrance Alliance (IHRA) definition of anti-Semitism, describing it as a critical tool to combat hatred against Jews and Jewish communities.

Victims from across the world, who have been the target of anti-Semitism in a wide variety of settings, described their experiences. These personal stories were utilized to illustrate the eleven unique examples of modern anti-Semitism under the IHRA definition, demonstrating how it can be used in everyday, contemporary life.

Those who shared their first-hand experiences included Jonathan Morales, who tackled the gunman who killed a synagogue worshipper in Poway, California last year. Israeli writer, speaker, social media activist and advocate, Hen Mazzig, described how he faced loud cries on campus to destroy Israel, denying the Jewish People’s right to self-determination. Susan Libby relayed her experience in 1980s Chicago, where she was subject to accusations that Jewish doctors infected black babies with AIDS. Meanwhile, Laurel Grauer outlined how she was ejected from the ‘Dyke March’ in Chicago, for displaying a Jewish Pride flag.

Ambassador Michaela Küchler, Chair of the International Holocaust Remembrance Alliance warned, “Anti-Semitism has arrived in the mainstream of our societies… It affects us all and it requires each and every single one of us to combat it.”

In particular, she encouraged social media platforms to adopt the IHRA definition, saying “In order to create broad public awareness, social media platforms both big and small, have to acknowledge their responsibility, just like traditional media. Especially now, we must ensure that the fight against anti-Semitism and the education efforts can weather the storm of the pandemic, so that our democratic societies can emerge from this challenging time intact.”

Elan S. Carr, US Special Envoy for Monitoring and Combating Anti-Semitism described the IHRA definition as “critical” and “foundational,” asking “How can you confront an enemy when you don’t understand the enemy?… We have a vehicle for doing that, we have a standard definition of anti-Semitism and it is critically important.”

Ahmed Shaheed, UN Special Rapporteur on Freedom of Religion or Belief noted that “Anti-Semitism is increasing exponentially as we speak,” explaining “What is important is to have clear guidance on what we mean by anti-Semitism, the 11 examples are very helpful in that regard.”

He expressed particular concern over online anti-Semitism, saying “With the online dimension, we have seen young people around the world embrace Holocaust denial. There are algorithms that will guide you to Holocaust denial pages on some social media platforms.”

He added, “We should all recognize that this is not a problem for Jews alone, it is a human rights problem that we must all tackle and the UN must take the lead as a global leader for everybody.” In this regard, Shaheed noted that “The UN Human Rights Council has an annual debate on Israel and some of the rhetoric is clearly anti-Semitic.” On the other hand, he described the recent appointment of Miguel Morantinos as the UN’s first Focal Point to monitor anti-Semitism as “a very positive sign.”

Lord Eric Pickles, United Kingdom Special Envoy for Post-Holocaust Issues said it was “a matter of pride” that the UK was the first country to adopt the IHRA defitinion. He explained, “We know from surveys that maybe 30 per cent of the [UK] population… believe some of the tropes about Jews controlling the press or about Jews having a lot of money.” He added, “We really need to bear down on this anti-Semitism. That is why the IHRA definition is so important, because it deals with the modern nature of anti-Semitism.”

Frankfurt Mayor Uwe Becker, who is a CAM Advisory Board member also joined the event and announced that in early November, CAM will host an international mayor’s conference on anti-Semitism, providing tools and methods for municipal leaders to confront anti-Semitism and hate speech.

The Combat Anti-Semitism Movement is a non-partisan, global grassroots movement of individuals and organizations, across all religions and faiths, united around the goal of ending anti-Semitism in all its forms. Since launching in February 2019, 275 organizations and 285,000 individuals have joined the Combat Anti-Semitism Movement by signing the campaign’s pledge. The CAM Pledge draws upon the IHRA international definition of anti- Semitism and its list of specific behaviors used to discriminate against the Jewish people and the Jewish State of Israel.