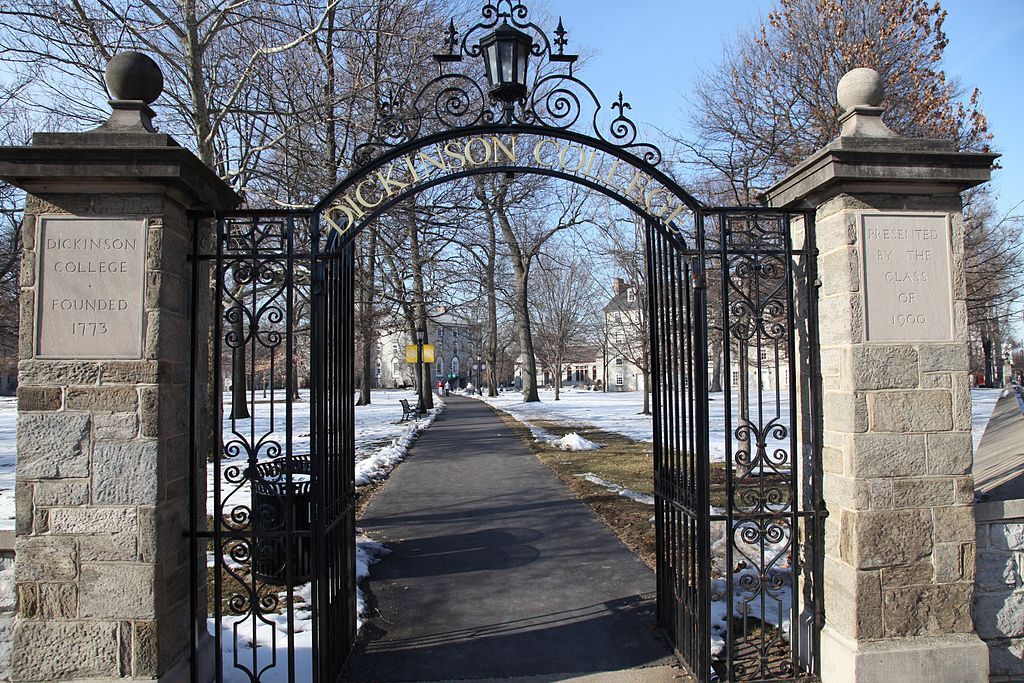 The administration of Dickinson College in Carlisle, Pennsylvania, issued a statement regarding an anti-Semitic YouTube video released on Friday that involved one of its students, Fox43 reported Tuesday.

Following is the statement:

“To the Dickinson Community:

“Earlier today, we were made aware of a hateful video that appeared to involve a Dickinson student. This video is not only harmful to our campus community but is an anti-Semitic act. Any act of bias undermines our Dickinson values.

“As soon as we learned about this video, we took immediate action. The Bias Education Response Team (BERT) met and George Stroud, vice president of student life and dean of students, has reached out to the individual we believe to be involved. The college will be thoroughly investigating this matter and taking appropriate action in accordance with our policies and procedures.

“In 2019, the Anti-Defamation League (ADL) reported 2,107 individual anti-Semitic incidents throughout the United States. This represents a 12 percent increase from 2018, and continues an unfortunate upward trend seen throughout the last several years. Hillel International also reports increased incidents of anti-Semitism on college campuses in recent years.

“We want to thank everyone who reported this matter to us. We take this very seriously and we remain committed to building a more just community.”

The content of the video, which reportedly made its way through the campus community and then to YouTube, was not disclosed, but from a statement issued by the Jewish center on campus, it appears it may have been an anti-Semitic ‘joke.’

“Too often, acts of bigotry are couched as humorous, as “just jokes” or as “satire,” but the effect is clear to those affected and always very serious. These statements are meant to intimidate, and often cause anxiety and fear. At a time when anti-Semitic incidents in the United States are at their highest point since 1979, and anti-Semitic assaults and murders are at an all-time high, we cannot afford to take any incident of bias lightly.

“When people make anti-Semitic jokes, they send the message that they take the concerns of the Jewish community lightly, and that they consider Jewish voices as unworthy of attention. But we are grateful that this has not been the response writ large,” the statement read, adding appreciation that many in the Dickinson community have condemned the incident.

The Center will send an email to Jewish students on Monday “with information about holding space to talk about your feelings and about how best to respond to incidents like these.” The email will also reach out to the student community at large as a resource to learn more about anti-Semitism and how to fight it.

“It is only by standing together that we can move forward and build a more just world,” the Center said.