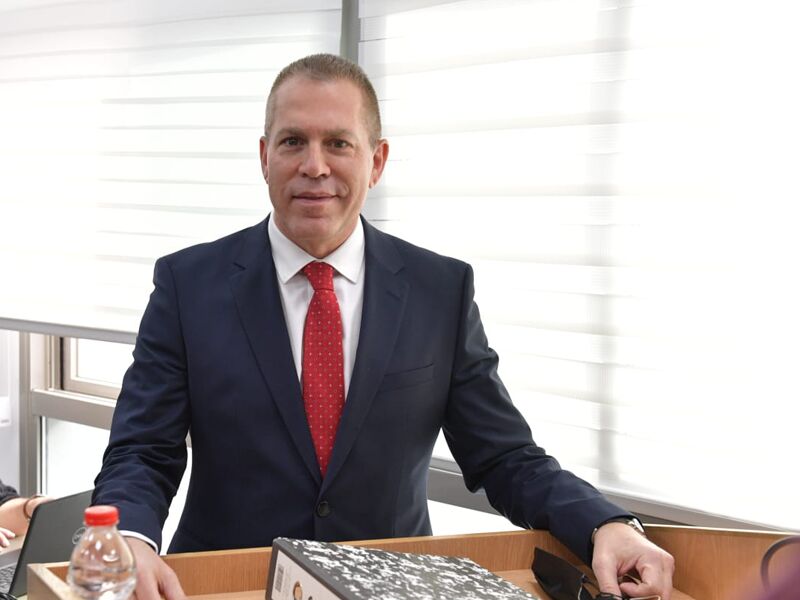 Israel’s ambassador to the United Nations on Sunday urged the U.N. to reinstate Sarah Muscroft, who was ousted as head of the Office for the Coordination of Humanitarian Affairs (OCHA) in the Palestinian Authority for condemning Palestinian Islamic Jihad.

“Israel is disturbed to see that Palestinian outrage over tweets would so quickly devolve into ending the ability of a senior U.N. staffer to keep her job, and to express herself,” wrote Gilad Erdan in an open letter to U.N. Secretary General António Guterres.

Muscroft was swiftly pushed out after a tweet last week in which she condemned the “indiscriminate rocket fire” of the Gaza-based terrorist group.

“We call on OCHA to reverse this unfortunate decision, which is perceived as a reward for intimidation and threats,” wrote Erdan.

“In the best case, this is a recipe for misguided self-censorship by U.N. officials,” wrote Erdan. “In the worst case, it is a prescription for U.N. officials to exclusively emphasize the Palestinian narrative, even if this falls in contradiction with facts on the ground, honest reporting, or Israel’s legitimate interests.”

Erdan pointed out in his letter that this wasn’t the first time a U.N. official had been shunted aside after failing to adhere to the Palestinian narrative.

“Somehow, it is always open season to criticize Israel, with no repercussions, but if a U.N. staffer dares to speak against Palestinian terrorism, there is immediate backlash in fear of reprisal,” wrote Erdan.

Erdan noted that Miloon Kothari, a member of the U.N. Human Rights Council (UNHRC)’s Commission of Inquiry investigating alleged Israel war crimes, had been allowed to keep his position even after recently accusing the “Jewish Lobby” of controlling the media.

SEND YOUR MESSAGE TO THE ENTIRE JANGLO USER BASE