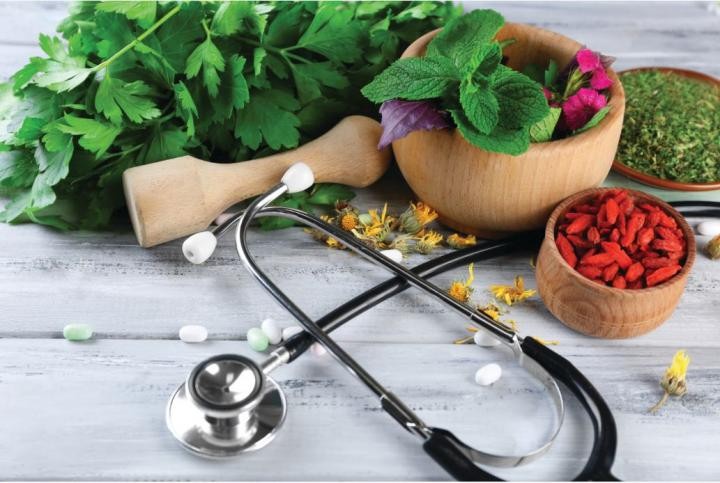 When Eliyahu Schechter’s baby had recurring ear infections and antibiotics weren’t helping, he turned to an expert in natural diets—and the problem was completely solved. Fascinated and inspired by the resounding success of this treatment, Eliyahu studied various disciplines of holistic medicine, including reflexology, Bach flowers, SoJuk, herbalism, iridology and naturopathy. He eventually left his position as a rav in the pre-military yeshiva in Yatir which he cofounded, and currently dedicates himself to running a clinic for natural medicine in Bnei Brak.

Q: What is naturopathy?

Naturopathic medicine has many aspects, so I’ll only touch on the several of the main points. The most elementary definition of naturopathy is that it’s a natural, therapeutic medical approach that is based on both scientific and traditional knowledge. It’s centered on the understanding that our bodies have the power to heal us when we get sick, as our Sages said: “God created the cure before the disease.” At the same time, our job is to give our bodies the chance to get those healing powers, the immune system, moving. As long as we haven’t damaged our body's healing capacity, it will know what to do.

There are many tools we can use to help ourselves, though usually the basis that underpins it all is changing one’s diet and lifestyle. Sometimes we combine that with medical herbs and various food supplements that will boost the body’s own healing power. Sometimes we’ll integrate acupuncture. Many times, we’ll combine it with emotional therapies, which also play a central role in the body’s health.

In most cases, improving one’s health is not an overnight thing, so people have to have patience. We’re talking about in-depth processes that naturally take time.

Q: What led to your changing fields from education to holistic medicine?

Naturopathy actually connects both of my great loves, education and healing. Holistic medicine is not just treating people in the simple sense of the word, meaning “You have a headache, we’ll treat you to get rid of the pain.” The point is to educate the person to adapt a natural lifestyle that is often completely different from the way he lived until now. That isn’t an easy process – just as any change in a person’s way of life is not easy. You must guide the patient every step of the way, instructing and supporting him. Sometimes I find myself employing the same tools I used as a rav to help my client succeed. One could say that the educational process is a kind of healing, and healing is a kind of educational process.

Q: Who are your clients?

Men, women, children, adults – all kinds of people from all over the country.

Q: What kinds of problems do they have?

I treat a huge range of issues. Digestive problems, joint issues, migraines, skin problems, etc. But I also meet a lot of people who are dragging around traumas that cause them to have a very low quality of life, and in many cases these are behind their health problems.

Q: What do you do when you first meet a patient?

The initial meeting takes an hour and a half, starting with a diagnostic procedure that gives me an overall picture of the patient’s health. I do this by snapping a photo of the eyes, or looking into them with a flashlight. One can gain a deep understanding of the roots of the patient’s symptoms from the eyes; it’s a technique called iridology. I also ask for blood test results from the past year, because they give me other angles from which I can see his overall condition, as well as the initial roots of his health problems. Based on what I see, I ask a lot of questions and formulate a treatment program that includes an appropriate diet, medical herbs and/or food supplements. I also often integrate therapies that help with emotional traumas, which are sometimes the heart of the whole treatment. I always give my clients a follow-up treatment plan as well.

Q: Tell us about SuJok and what kinds of problems you use it for.

SuJok is a Korean therapy that is based on understanding the body through the hands and feet. It uses acupuncture needles, magnets and other tools. I mainly use SuJok for pain, such as in the back or shoulders, plantar fasciitis, tendonitis, torn tendons, stomachaches, headaches, migraines, etc. The treatment can complement naturopathic therapy or be used by itself. Once a clinic nurse came to me with tendonitis in her elbows that required an injection every three months to relieve the pain. She came to me to see if there was a way to get out of this cycle, and I treated her with SuJok. After six treatments she was no longer in any pain, and after a few maintenance sessions she didn’t need me anymore. It’s been six years and the pain hasn’t returned.

Q: What makes SuJok preferable over other acupressure methods?

SuJok has a lot of advantages. You can sit instead of lying down, and you don’t have to come to the clinic for it, because it can be done at home. Modesty is also a factor, because treatment is usually done only on your hands. I get significant results in the problems I treat.

Q: Tell us a little about iridology and how you use it.

The body can be reflected back to us through different parts of the body: the feet, hands, tongue, nails, etc. Iridology is a reflection of the body’s state of health through the eyes. By examining the irises (the colored part of the eye), you can identify the roots of physical diseases as well as emotional/psychological problems. You can identify what health problem is currently developing within the person, or even incipient issues that haven’t come to light yet.

A woman once came to me after suffering from headaches for many years, and all the tests she underwent couldn’t point to a cause. She also suffered from pain in her right shoulder. The doctors claimed that the headaches stemmed from the shoulder pain, but again, they didn’t know what was causing it. She took painkillers for years, but even they had a limited effect. A picture of her eye revealed something she hadn’t said – that in general she felt cramped and constrained and suffered from pain and cramps all over her body, especially in the head and shoulder. In light of that revelation, I asked her if she was constipated and of course the answer was “yes.” According to natural medicine there often is a link between constipation and headaches. So I acted in two ways – for the short term and medium-to-long term. For immediate relief I used the SoJuk method for the head and shoulder pain, which was relieved until the next treatment, after which she felt even more improvement. For the longer term, we constructed a diet to help get rid of her constipation. We also worked on a psychological level, to raise awareness about the need to destress and take a more relaxed approach to life. Over time, her constipation got better and the pains gradually decreased until she was completely healed and her quality of life had vastly improved.

Q: Can one combine naturopathy with conventional medicine?

Absolutely. First of all, conventional diagnoses like blood tests and others can help us. You also have to differentiate between life-threatening or acute conditions, and chronic health issues. Conventional medicine definitely has priority in life-threatening situations and I send patients to doctors in such cases. But I can also help by providing complementary medicine in coordination with and with the approval of the treating physician. For example, I offered an elderly patient a food supplement to strengthen his eyes when he was suffering from a certain degree of renal failure. I sent the list of ingredients to his nephrologist to confirm that he could have it, because balancing kidney function is very complex and the food supplement contained components that could affect the kidneys.

The doctor authorized the food supplement and we began treatment. While the supplement didn’t help his eyes, he did see a significant improvement in his kidney function.

On the other hand, I believe that natural medicine can do a lot for chronic conditions. For example, a patient in her sixties came to me with a severe skin problem called lichen planus that simply appeared one day out of the blue. Her whole body was covered with this rash, as is typical with this particular inflammation. She was scratching herself nonstop for six months and could not sleep at night. She had been treated with various steroid-based creams, received medicines to relieve the itchiness – nothing worked. In desperation, she came to me. After using iridology to diagnose her and reading her blood test results, I sent her for a stool test and then constructed an extremely strict diet that included various medical herbs. Within less than a month, the itching stopped and she began sleeping at night. A few months later her skin was completely clear.

Q: What gives you the most gratification in your job?

Several things, really. First, if I manage to diagnose the person in front of me and identify the reasons for his suffering. Second, if I create a proper treatment plan for him and his quality of life improves. The third thing that gives me a great sense of fulfillment is when my patients persevere in their therapy. I’ve got a great story to illustrate this: A woman came to me who suffered from severe and painful bone spurs on both her legs, to a point where she could barely walk. Let me note here that usually when one uses SoJuk for bone spurs, the patient already starts feeling improvement during the first treatment. Here, though, I gave her one treatment after another and nothing was happening. After seven sessions, I told her that I had never seen such a thing and she should feel free to stop coming if that’s what she wanted. She answered that if there was even a 1% chance of success with this treatment, she was willing to continue, because if she leaves me she has nowhere else to go, since she’d already tried everything. So we continued, and finally, at the 13th treatment, she told me that she felt a 70% improvement. I was very, very happy, and I thanked her especially for her perseverance and determination. After three months of intensive treatment twice a week, she danced at her daughter's wedding.

Eliyahu Shechter is a naturopath with 15 years’ experience. Among the techniques he uses are Sujok and iridology. Eliyahu sees men, women, and children at his clinic. He also lectures at various colleges and to the general public.

For more information or to book an appointment, you can reach Eliyahu at 052-890-3822 or [email protected] or visit his website www.reoot.co.il.