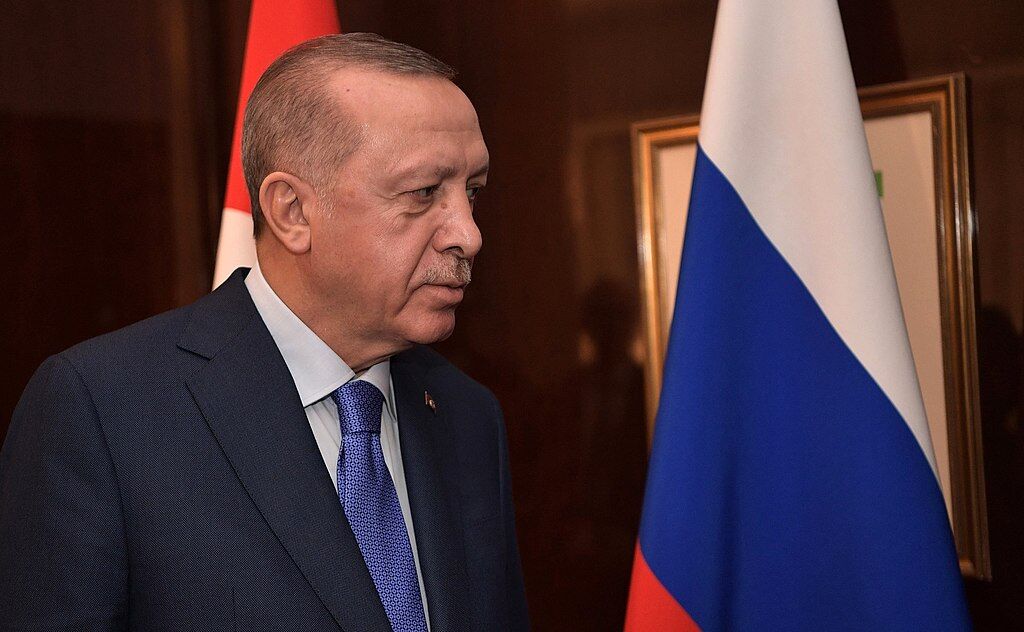 In a recent address to his parliament, Erdogan slammed the Arab Gulf States, suggesting that their existence is temporary. Saudi Arabia responded with a boycott that is hurting the fragile Turkish economy that is the power behind the pro-Iranian, regional anti-Arab coalition.

ERDOGAN: THE ARAB STATES “PROBABLY WILL NOT EXIST TOMORROW”

At the opening of the 27th legislative session of his country’s parliament on October 1, Turkish President Recep Tayyip Erdogan accused the Arab Gulf States of destabilizing the region. Comparing the current Arab leaders to the deceased Kuwaiti Emir Sheikh Sabah al-Ahmad al-Jaber al-Sabah, Erdogan said Sheikh Sabah was “a different, rational and wise leader, unlike the rulers of some countries in the region, whose decisions lack reason, logic, and fairness,” adding, “Some of these countries target us because we tell the truth and stand with the oppressed and justice in the world.”

“It should not be forgotten that the countries in question did not exist yesterday, and probably will not exist tomorrow; however, we will continue to keep our flag flying in this region forever, with the permission of Allah,” Erdogan said.

The video of his speech was posted on Twitter with a translation into Arabic.

“Boycotting everything Turkish, whether on the level of import, investment or tourism, is the responsibility of every Saudi – trader and consumer- in response to the continued hostility of the Turkish government against our leadership, our country, and our citizens,” said Al Ajlan in a post on Twitter.

The Turkish lira dropped 22% as a result of the boycott, hitting an all-time low. Saudi Arabia is the biggest economy in the Middle East and before the pandemic, thousands of Saudi tourists visited Turkey every year. Saudi citizens are the top buyers of real estate in Turkey owning up to 30 percent of the foreign ownership rate.

Much of the conflict between Saudi Arabia and Turkey began in June 2017 when Saudi Arabia, joined by Egypt, the UAE, and Bahrain, severed diplomatic ties with Qatar, enacting punitive measures which included a total blockade that is still in place. Saudi Arabia accused Qatar of supporting the Muslim Brotherhood along with several other militant Islamist groups in the region. Turkey earned the ire of Saudia Arabia by ignoring the blockade and siding with Qatar. Turkey also increased the number of troops it keeps stationed in Qatar.

The situation was exacerbated in the wake of the brutal murder of Washington Post columnist Jamal Khashoggi that took place in the Saudi consulate in Istanbul in 2018. Erdogan has openly accused the “highest levels” of the Saudi government, implying that the royal family was behind the murder. Earlier this month, Turkey indicted six Saudi suspects in Khashoggi’s murder case and will try them in absentia. Twenty Saudi nationals are already on trial in an Istanbul court for Khashoggi’s killing.

During the past two years, Saudi-Turkish trade exchange volume has dropped by 25 percent.

But conflict with Turkey is not limited to Saudi Arabia. Erdogan has also been openly critical of Bahrain and the United Arab Emirates for signing the Abraham Accords establishing normalization with Israel.

Israel and Turkey first established formal relations in 1949 when Turkey became the first Muslim-majority nation to recognize the Jewish state. However, since the 2010s, relations between Turkey and Israel have become increasingly deteriorated. Turkey supports the Palestinians and has political relations with Hamas which it perceives as a legitimate political movement. Hamas has offices in Istanbul as well as a cyber warfare branch. Both Hamas and Turkish President Recep Tayyip Erdoğan’s AKP party have close ties with the Muslim Brotherhood.

Dr. Mordechai Kedar, a senior lecturer in the Department of Arabic at Bar-Ilan University, sees the recent events as signs of a much deeper and potentially explosive regional conflict.

Dr. Kedar emphasized that the conflict is also ethnoreligious.

“Despite being Muslim, neither Turkey nor Iran are Arab,” Dr. Kedar said. “Turkey and Iran are contesting Saudi Arabia’s status as the head of the Muslim world.”

“And many in the Middle East still remember how harshly the Ottomans governed this region of the world for 400 years.”

“Even though the presidential candidates act as if foreign policy doesn’t matter, and perhaps it does not matter to the American people, the presidential elections will have an enormous impact on the region. If Joe Biden gets elected, he will reinstate the Iran deal, this will anger the Arab states but since they have no choice, they will have to find a way to work with him even though he has essentially become an ally of the Iranian coalition. They will feel betrayed just as they felt when Obama instituted the Iran deal.”

“Returning the Iran deal and stopping the sanctions against Iran will affect the Abraham Accords and any future agreements, reducing their scope. Peace is coming to the Middle East, not because of peace between Israel and the Palestinians, but because Iran is weak. Iran is weak because of the sanctions. A weak Iran allowed the Gulf States to feel secure enough to move forward with Israel.”

“The Saudis are waiting to see who wins the election before they commit to normalization with Israel. If they make normalization and Biden wins, this will leave the Saudis open to Iranian aggression. And Biden will not help them even though Saudi Arabia is an ally. If Trump wins, you can expect a Saudi agreement with Israel.”

“Turkey is in NATO but they are no ally of the US. They are working with Russian militarily. They aid anti-American elements like ISIS, which they supported. Their membership in NATO is a Trojan Horse; more dangerous than helpful.”