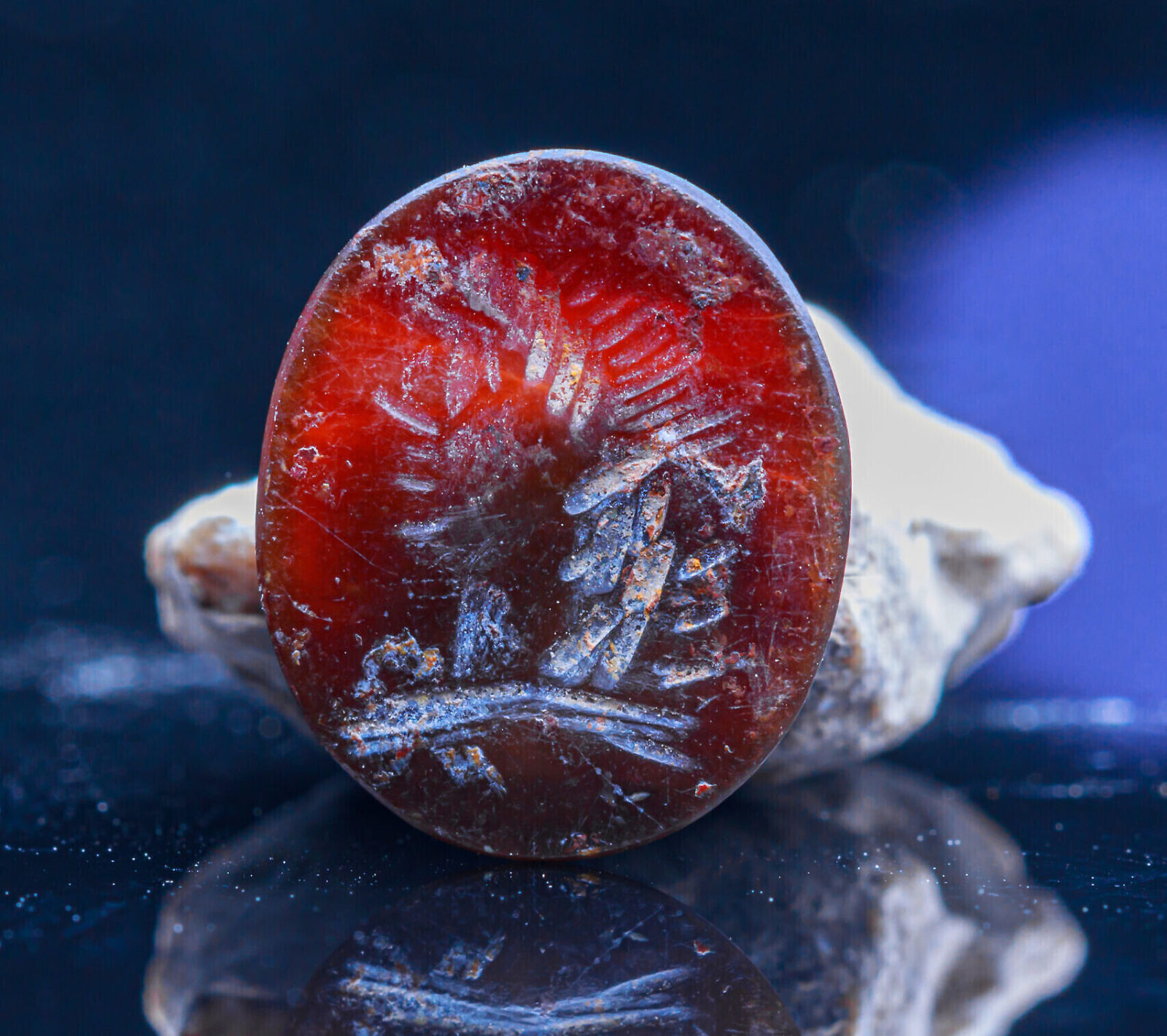 According to researchers, the tiny gem seal, the third ever found in Jerusalem from the Second Temple period, was likely the property of a Jew.

A 2,000-year-old gem seal (intaglio) bearing the portrait of the Greek god Apollo has been unearthed in soil removed from the foundation of Jerusalem’s Western Wall during the Tzurim Valley National Park sifting project, the City of David announced in a statement.

According to researchers, this is only the third such gem seal ever found in Jerusalem from the Second Temple period.

The gem is cut from dark brown jasper, considered a precious stone in antiquity, and has remnants of yellow-light, brown, and white layers. Oval-shaped, it is also extremely small, being half an inch in length, two-fifths of an inch wide and only about one-ninth of an inch thick.

Because the gem is an intaglio (that is, a gem with a design carved into its upward-facing side), its main function was the stamping of a seal on soft material, usually beeswax, for use as a personal signature. The gem features an engraving of Apollo’s head in profile to the left.

According to archaeologist Eli Shukron, professor Shua Amorai-Stark and senior archaeologist Malka Hershkovitz, although Apollo is an Olympian deity of the Greek and Roman cultures, it is highly probable that the owner of this ring was a Jew.

In the opinion of Shukron, who conducted the excavation in which the gem was found: “It is rare to find seal remains bearing the image of the god Apollo at sites identified with the Jewish population. To this day, two such gems (seals) have been found in Masada, another in Jerusalem inside an ossuary (burial box) in a Jewish tomb on Mount Scopus, and the current gem that was discovered in close proximity to the Temple Mount.”

He added: “When we found the gem, we asked ourselves what is Apollo doing in Jerusalem? And why would a Jew wear a ring with the portrait of a foreign god? The answer to this, in our opinion, lies in the fact that the owner of the ring did so not as a ritual act that expresses religious belief, but as a means of making use of the impact that Apollo’s figure represents: light, purity, health and success.”

According to professor Amorai-Stark, an expert on engraved gems, “At the end of the Second Temple period, the sun god Apollo was one of the most popular and revered deities in Eastern Mediterranean regions. Apollo was a god of manifold functions, meanings and epithets. Among Apollo’s spheres of responsibility, it is likely that association with sun and light (as well as with logic, reason, prophecy and healing) fascinated some Jews, given that the element of light versus darkness was prominently present in Jewish worldview in those days.

“The fact that the craftsman of this gem left the yellow-golden and light brown layers on the god’s hair probably indicates a desire to emphasize the aspect of light in the god’s persona, as well as in the aura that surrounded his head. The choice of a dark stone with yellow coloring of hair suggests that the creator or owner of this intaglio sought to emphasize the dichotomous aspect of light and darkness and/or their connectedness.”

The Archaeological Sifting Project at Tzurim Valley National Park, sponsored by the City of David and the Nature and National Parks Authority, is a large scale archeological project that offers the public an opportunity to experience and appreciate archeological activity without the need for advanced training or specialized knowledge. The project is closely supervised by archaeologists, and allows participants to become “archaeologists for a day” as they process material unearthed in City of David excavations.

Discoveries made by the project thus far include an imprint of King Hezekiah, coins from various periods, arrowheads and jewelry.

Caption: This 2,000-year-old gem seal bearing the image of Apollo was found in earth excavated from the foundations of the Western Wall in the Old City of Jerusalem. Photo: Eliyahu Yanai-City of David.