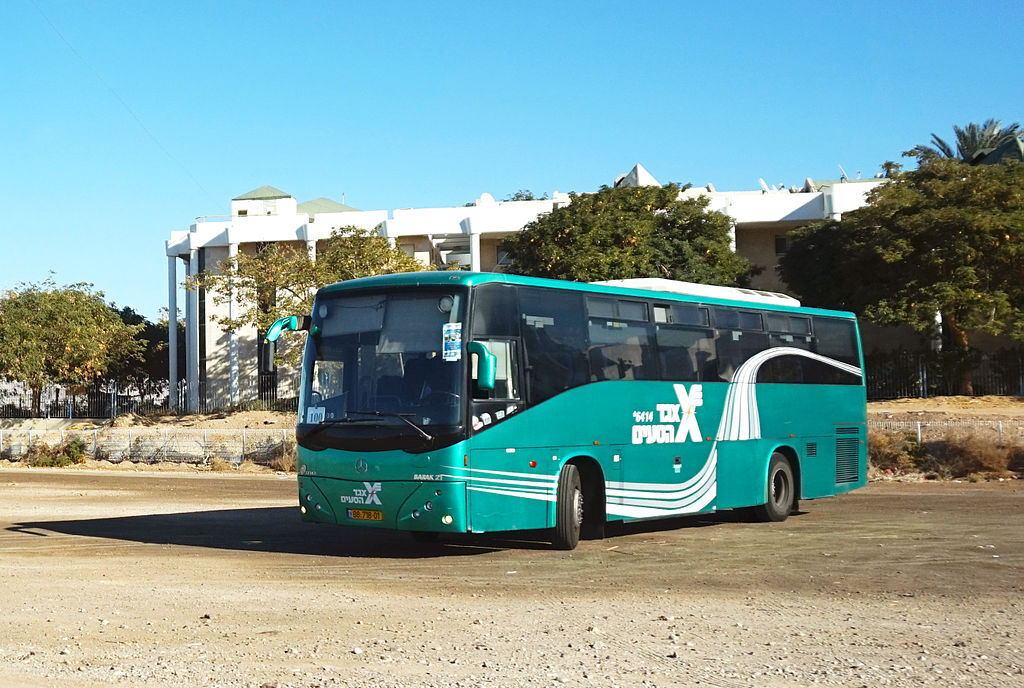 The police arrested three suspects overnight, two of them minors, for firebombing a bus in Issawiya on Saturday evening.

The driver had made a wrong turn into the eastern Jerusalem neighborhood of Jerusalem with only his family on board, and was stopped by a crowd that quickly formed and began pelting the green Egged bus with large rocks. The family fled the vehicle to the safety of a nearby Israeli security force.

The empty bus was then hit with several Molotov cocktails, at least one of which started a fire inside. Two firefighting teams went to the scene but were not allowed to enter until additional police escort arrived. The fire was extinguished by the time they were permitted on site.

Between the rocks and the fire, the bus sustained heavy damage.

The bus drivers’ union put out a sharp statement following the arson attack.

“It is time for all legislators to understand that a bus is seen by citizens and terrorists as a clear symbol of government, and therefore they want to harm it. Only recognizing bus drivers as public employees can save their lives and the lives of passengers. The day that a bus driver is murdered is closer than ever before.”

Arab nationalists have made Issawiya into a known trouble spot in recent years. Pro-Palestinian riots take place frequently, and when security forces enter to restore the peace, residents regularly throw Molotov cocktails, firecrackers and rocks at them. Security forces entering the neighborhood to look for terror suspects have also been met with violence that has caused several injuries.

The latter half of 2019 was a particularly tense time, with police saying in December that it was carrying out numerous raids due to “many severe incidents” emanating from Issawiya, “including local residents throwing petrol bombs at Route 1.”

An Arab driver was severely injured in one case that October, when a Molotov cocktail hit his passing car, causing it to burst into flames.

The neighborhood has also been the site of a pro-Palestinian summer camp, where children aged seven-to-12 were inundated with anti-Israel messaging and taught hand-to-hand fighting techniques by Palestinian police officers in Jericho.

Issawiya is located at the foot of French Hill, next to Mount Scopus. Its citizens are considered permanent residents of the city and receive all Israeli benefits, such as social security and national health insurance.