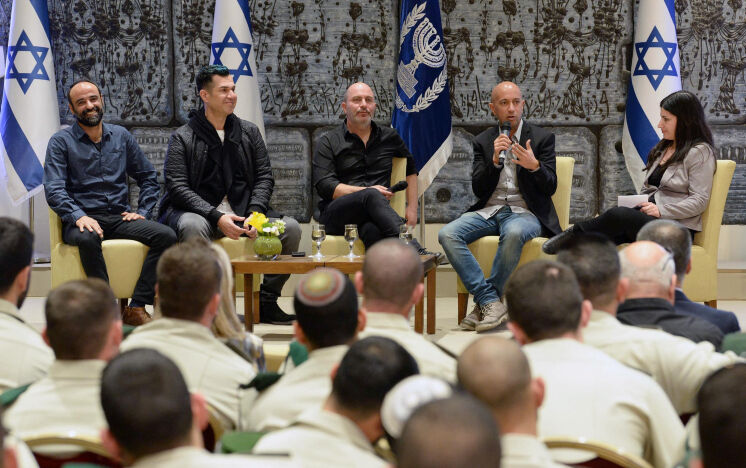 With audiences in 190 countries, the critically acclaimed show about undercover commandos and the war on terror is considered the strongest TV brand exported by Israel.

Critically acclaimed Israeli TV series Fauda is about to mark another historical achievement by being dubbed into Farsi.

The Farsi version of the show is slated to air on Manoto TV, an international Persian-language channel based in London.

Manoto TV is available via six satellite signals in Iran, the Middle East, Europe, North Africa and West Asia, and reaches about 25 million Farsi speakers worldwide. According to a BBC report, in 2008 Manoto TV reached 30 percent of households in Iran.

Fauda, which means “chaos” in Arabic, became a global hit almost immediately after its first season aired in Israel. The show, which has bilingual scripts in Hebrew and Arabic, has been praised internationally for its gritty realism and unsparing portrayal of undercover commandos who pose as Arabs to pursue terrorists in the West Bank and the Gaza Strip.

The New York Times listed it as one of the best shows of 2017, while pro-Palestinian campaigners have criticized it as Israeli war propaganda.

Co-created by Lior Raz and Avi Issacharoff, and produced by Yes Satellite Television Company, Fauda is considered the strongest TV brand exported by Israel. To date, it has aired in 190 countries through Netflix.

“We are proud that Fauda is airing on this channel, and that it will, for the first time, allow a Farsi-speaking audience to watch the series and see the conflict from unfamiliar angles,” said Issacharoff.

Caption: Israeli President Reuven Rivlin hosts the stars of the Israeli series Fauda and members of Israel's special undercover police unit at the President's Residence in Jerusalem, on Feb. 7, 2018.
Photo by Mark Neyman/GPO.

Israel wins its first BAFTA award for a student film

Saudi woman sentenced to 34 years in prison for Twitter activity

Israeli talent show contestant emigrated from UK due to antisemitism