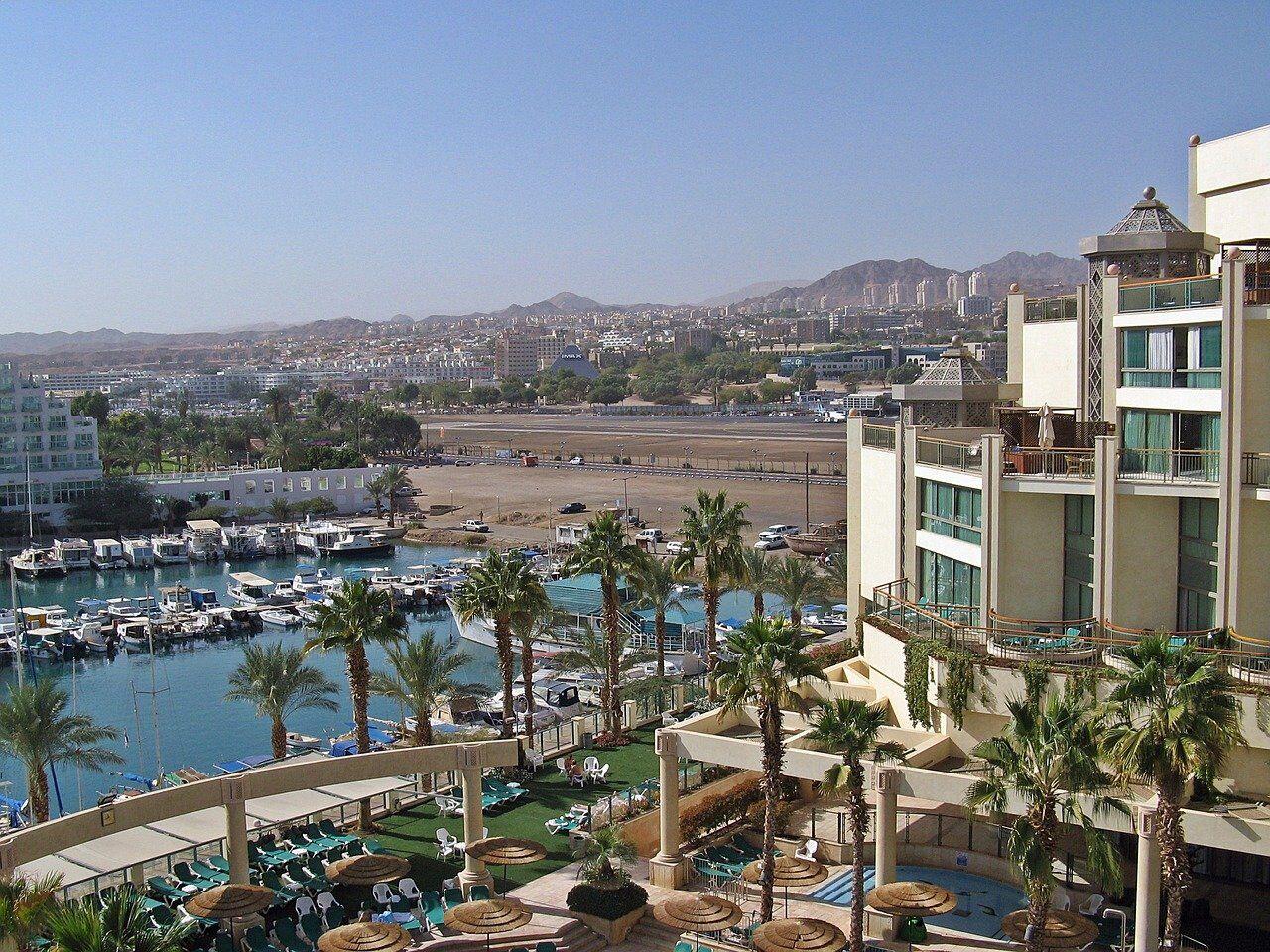 The heads of the port in Eilat have presented a UAE delegation with an idea to establish a direct Red Sea line to Jeddah in Saudi Arabia so that Israeli Arabs could more easily make the annual Islamic pilgrimage to nearby Mecca, Israel Hayom reported Monday.

The Arab group, which came to the southern town to talk about sea transport, is headed by Sultan Ahmed bin Sulayem, CEO of DP World, the largest shipping company in the world. According to port manager Gidon Golber, the Sultan was very enthusiastic about the idea of having passenger ships stop in Eilat to take on board those going on the hajj in the holiest city in Islam – a trip that Muslims are required to complete at least once in their lives.

Mecca is quite near the Red Sea coast, just over a thousand kilometers from Eilat. There are two conventional ways an Israeli Arab gets there now for the hajj, according to travel agency websites. The first is to go to the port of Aqaba in Jordan, take a car ferry to Nuweiba in Egypt, and then take a long drive down to Mecca. The whole trip takes over 18 hours.

The other, more popular way is to cross the King Hussein Bridge to Jordan, a route which cuts some two hours off the travel time. From Jordan, buses and taxis go to Amman to catch a flight to Jeddah, the nearest city to Mecca with an airport. Then Muslim pilgrims take a final shuttle bus to Mecca.

The Jeddah shuttle would have to remain part of the new travel route as well, but it is only an hour’s trip.

The tourism potential could be enormous, Golber said.

“It was a substantial, interesting and very cordial visit. Since there’s a big crisis in tourism in Israel and Eilat, we thought that passenger traffic from Eilat to Saudi Arabia could definitely benefit and promote tourism. This is a very short sea voyage that will make the trip to Mecca easier. The potential for tourism is an estimated two million passengers a year, which will definitely have a positive effect on tourism in Eilat,” he said.

This wasn’t bin Sulayem’s first trip to Israel, and the Sultan had business ties in the country long before the Abraham Accords were signed in mid-September that normalized ties between Jerusalem and Abu Dhabi. His company, which is also one of the largest port operators in the world, was part of a successful joint bid with Israelis to privatize the Haifa Port. He also has plans already in the works to establish a direct shipping line between Dubai’s Jebel Ali Port and the Port of Eilat.

According to a Calcalist report last month, bin Suleyman was one of the powerful figures in the Gulf country pushing for open relations with the Jewish State. The report says that associates of his credited him with convincing Saudi Arabian authorities to allow the first Israeli flight over its territory to Abu Dhabi in August.

This would presumably bode well for future permission from Riyadh for a hajj sea line from Eilat, although this may also come as part of Saudi Arabia’s own possible normalization of ties with Israel.

According to a report Saturday night on the Channel 12 news site, Mossad head Yossi Cohen has said in private conversations that Riyadh was going to wait until after the U.S. elections and then potentially make a “gift” of its diplomatic relations with Israel to the next administration.