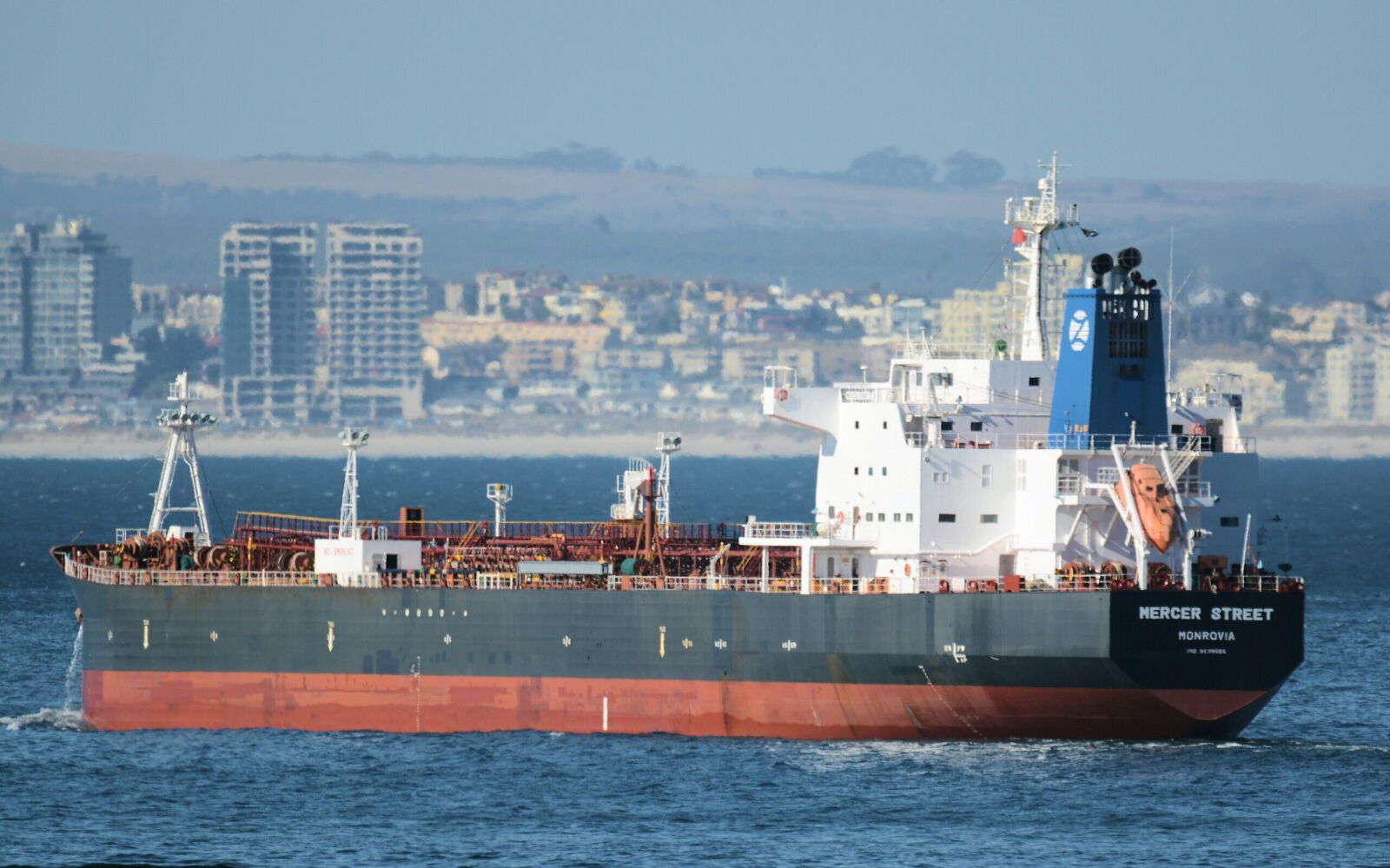 “The Iranians need to understand that it is impossible to sit peacefully in Tehran and from there ignite the entire Middle East. That is over,” says Israeli Prime Minister Naftali Bennett.

Israel will present ambassadors from United Nations Security Council member states on Wednesday with intelligence information linking Iran to the fatal attack last week on an Israeli-managed oil tanker off the coast of Oman, according to Israeli media reports.

Israel’s Channel 12 quoted several diplomatic sources as saying that the intel would be presented during a briefing by Israeli Defense Minister Benny Gantz and Foreign Minister Yair Lapid, as part of an effort by Israel to rally support for a “significant” international response.

While the Israeli Foreign Ministry has confirmed that the ambassadors have been invited to such a briefing, neither it nor the offices of Gantz and Lapid would comment further, according to the report.

The attack on the Mercer Street, which killed two crewmen, one British and one Romanian, is believed to have been carried out by means of an armed drone.

Israeli Prime Minister Naftali Bennett said on Tuesday that Israel had shared its intelligence on the incident with the United States, the United Kingdom and other countries “immediately” after the attack.

“While nobody has any doubt who is behind the incident, we provided hard evidence just to be sure,” he said.

Speaking during a visit to the Israel Defense Forces Northern Command headquarters, together with IDF Chief of Staff Lt. Gen. Aviv Kochavi, Bennett emphasized that while Israel was working to enlist the support of the international community, “we also know how to act alone.”

“Iran already knows the price that we exact when someone threatens our security. The Iranians need to understand that it is impossible to sit peacefully in Tehran and from there ignite the entire Middle East. That is over,” said Bennett.

The United States and the United Kingdom have joined Israel in assigning blame to Iran for the incident, with British Prime Minister Boris Johnson saying on Monday that Iran must face the consequences of its “unacceptable and outrageous attack on commercial shipping,” according to Reuters.

“A U.K. national died. It is absolutely vital that Iran, and every other country, respects the freedoms of navigation around the world and the U.K. will continue to insist on that,” said Johnson.

British Foreign Secretary Dominic Raab said on Sunday that the attack “was deliberate, targeted and a clear violation of international law by Iran.”

U.S. Secretary of State Antony Blinken said during a press briefing on Monday that the United States had conducted a “thorough review” and was “confident” that Iran was behind the attack.

On Monday night, Israel’s incoming National Security Adviser Eyal Hulata met with his U.S. counterpart, Jack Sullivan, ahead of Bennett’s scheduled visit to Washington at the end of next month, according to the White House. They discussed the Iranian threat, among a number of other issues, according to the statement.

Caption: The Israeli-managed "Mercer Street" oil tanker, struck by what U.S. experts say was an Iranian drone in the Arabian Sea on July 29, 2021.
Credit: Johan Victor/MarineTraffic.

Vacation rental in the heart of jerusalem

For Sale in Rehavia, next to the Great Synagogue