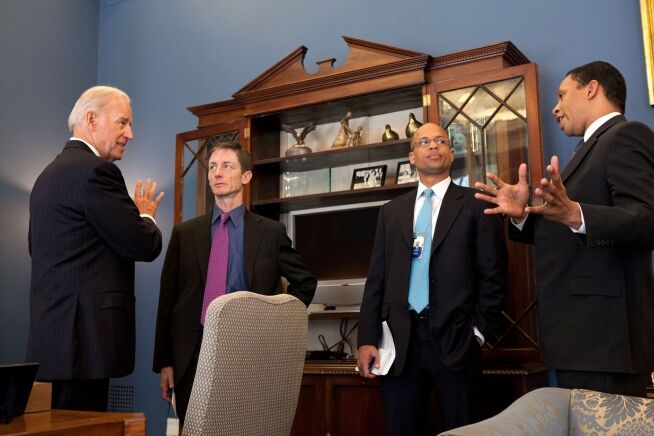 In a rare direct answer to an even more direct question, Joe Biden revealed at the debate that his assurances that he supported the US energy industry were false.

In the course of the debate, President Trump challenged the former vice president, asking if he has plans to shut down the oil industry.

“I would transition from the oil industry, yes,” Biden answered. “The oil industry pollutes significantly. It has to be replaced by renewable energy over time.”

Trump challenged Biden on his campaign platform to ban fracking that he has frequently voiced. Biden answered that his promised ban would be limited to federal lands.

Fracking, or hydraulic fracturing, is a well stimulation technique involving the fracturing of bedrock formations by a pressurized liquid developed in 1947. Fracking has increased natural gas production allowing it to replace coal and thereby lowering carbon emissions.

After the debate, Biden attempted to distance himself from his statement, telling reporters that oil and coal workers would not lose their jobs since the fossil-fuel ban would not be fully realized until 2050.

Earlier in the debate, Trump mocked Biden’s environmental policies as equivalent to the Green New Deal. Biden’s “plan is an economic disaster,” Trump said. “If you look at what he wants to do, if you look at his environmental plan—you know who developed it? A.O.C. [Alexandria Ocasio-Cortez] plus three.”

In the last debate, Biden was asked if he ascribed to the Green New Deal which is an extreme program formulated by freshman Congressman Ocasio-Cortez that would eliminate the use of fossil fuels entirely while instituting social programs such as socialized medicine and guaranteed income. In his answer, Biden said he did not support the Green New Deal but immediately stated that he ascribed to his own plan. The Biden campaign’s climate plan calls for the U.S. to have net-zero greenhouse gas emissions by 2050. He has also pledged to end federal subsidies for the oil and gas industry.

Biden’s war on the oil industry is sure to distance the Gulf States but even more impactful is his stated intention to reinstate the Joint Comprehensive Plan of Action (JCPOA), known commonly as the Iran nuclear deal. The deal, signed while Biden was vice president, allowed Iran to continue their nuclear and intercontinental ballistic missile program on the condition they waited until 2025 to produce nuclear weapons. The deal removed economic sanctions, funneling $150 billion into Iran’s sponsorship of terrorism and plans for regional domination and expansion.

The danger posed by an empowered Iran led the United Arab Emirates and Bahrain to sign the Abrahamic Accords normalizing relations with Israel.