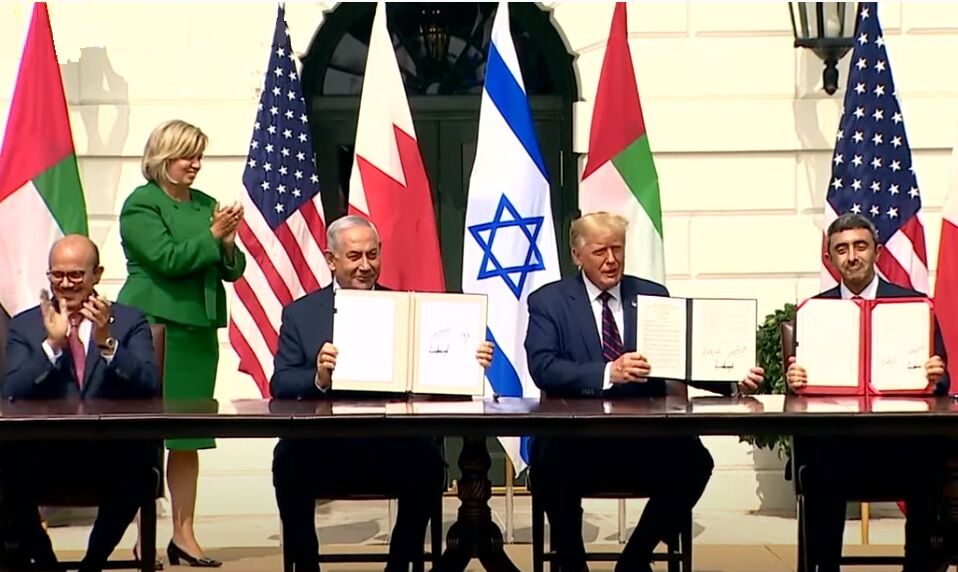 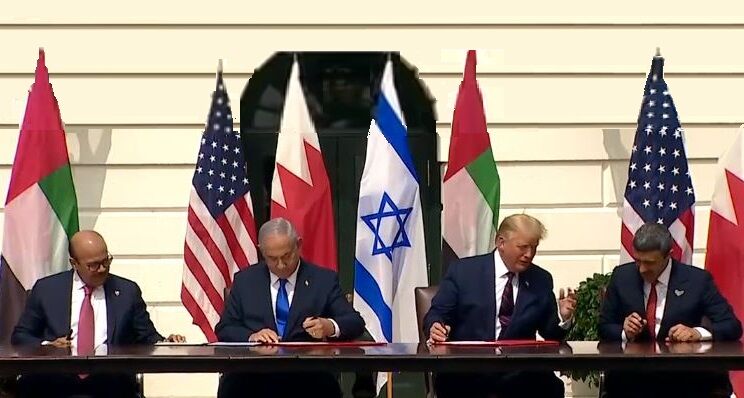 “This is peace in the Middle East, a strong peace,” said the American president, referring to “at least five or six additional countries that want to see peace with Israel.”

By Ebin Sandler, United with Israel

Prior to the ceremony, over which U.S. President Donald Trump presided, the American leader offered Israeli Prime Minister Benjamin Netanyahu a “special token of affection,” which consisted of a “key to the White House and a key to our hearts.”

Trump referred to Netanyahu as an “amazing leader.”

“You have the key to the hearts of the people of Israel,” responded Netanyahu, “because of all of the things you have done for the Jewish state.”

Prior to the signing, Trump referred to “at least five or six additional countries” that “want to see peace [with Israel], they’re tired of fighting.” Trump was likely referring to Saudi Arabia, Oman, Sudan and Morocco.

“There’s going to be peace in the Middle East,” added Trump. “I believe Iran wants to make a deal.”

Trump noted that he “cut off payments to the Palestinians … they speak badly about Israel and the U.S., I said ‘Why are we paying them?'”

“Israel is breaking out to the entire world. The tyrants of Tehran are isolated, I hope they’ll come around to the circle of peace,” Netanyahu declared.

More than 700 guests attended the White House signing ceremony, which was held on the South Lawn.

The peace agreements were signed by Netanyahu and the foreign ministers of the UAE and Bahrain, with Trump serving as a signing witness to the agreements, which have been dubbed the “Abraham Accords.”

Trump referred to the exchange of ambassadors and the opening of embassies.

Netanyahu lauded the treaties for “bringing hope to all of the children of Abraham,” and referred to this historic event as the start of a “new era of peace.”

Israel signed individual bilateral agreements with the UAE and Bahrain, in addition to a document signed by all three nations, which formalize official diplomatic relations between the Jewish state and the two Gulf states.

The Palestinians rejected the peace treaties, with Palestinian Authority officials repeatedly calling them “a stab in the back by fellow Arabs.”

According to a poll cited by Associated Press, “Fifty-three percent of Palestinians described the [Isrel-UAE-Bahrain] agreement as a ‘betrayal’ while 17% said it marked the ‘abandonment’ of their cause. To that end, small pockets of Palestinians on Tuesday trampled and set fire to pictures of Trump, Netanyahu and the leaders of the UAE and Bahrain.”