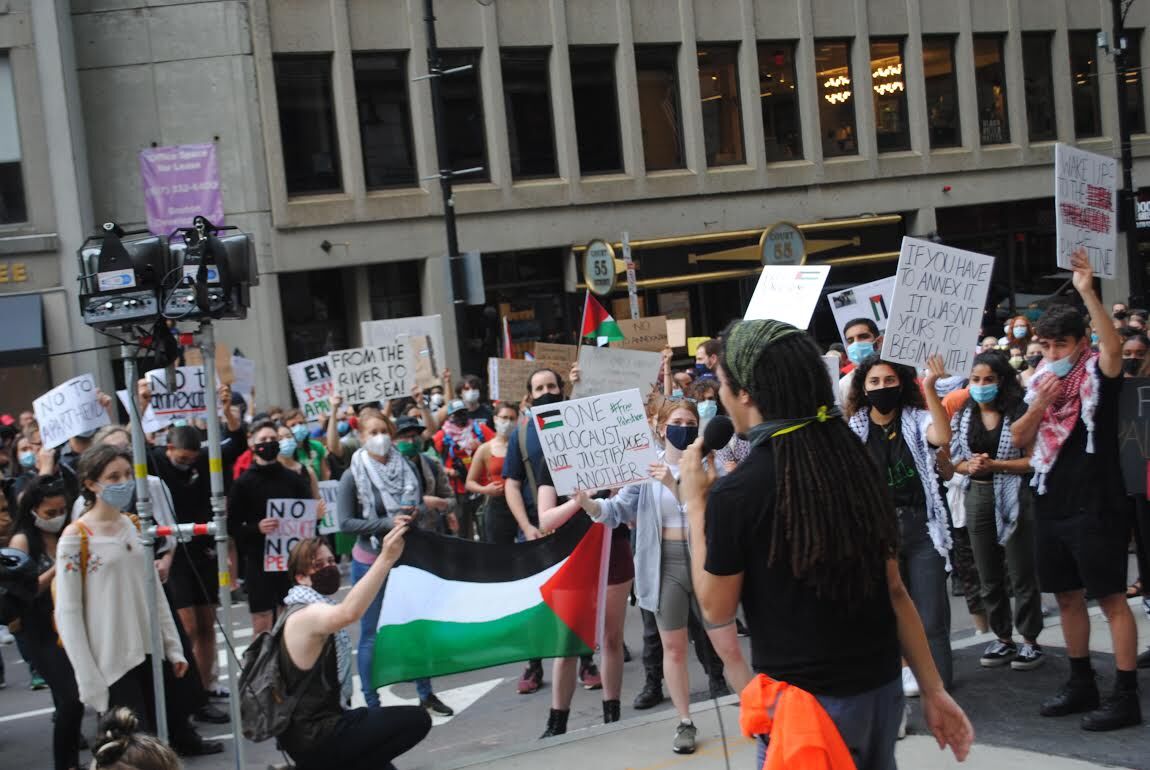 The Jewish Journal via JNS
By David Suissa

The fallout from the thriving grievance industry is that we are eroding two pillars of the American dream: hope and optimism.

With so many crises and news events swirling around us, it’s not easy to notice an underlying cultural shift that may threaten the very essence of America.

The COVID-19 pandemic, tribal political warfare, racial unrest and upcoming elections are sucking up much of the media attention. But however epic these events may be, they’re not likely to fundamentally change the nature of our country. What is?

If you ask me, it is a rising culture of chronic victimhood.

If the coronavirus threatens our physical health and economy, the worship of victimhood threatens the aspirational promise of America. How? By replacing the resiliency and imagination of optimism with the fragile passivity of victimhood.

Victimhood means that anything bad that happens to you is someone else’s fault. It is a liberating sentiment because you need not take responsibility for any misfortune. You are constantly off the hook, free from the oppressive pressure of self-blame.

A recent article in Scientific American, “Unraveling the Mindset of Victimhood,” notes another benefit of victimhood—a “sense of moral elitism.” Those who score high on the victimhood scale “perceive themselves as having an immaculate morality and view everyone else as being immoral. Moral elitism can be used to control others by accusing others of being immoral, unfair or selfish, while seeing oneself as supremely moral and ethical.”

Embracing victimhood, in other words, doesn’t just free you from responsibility; it also gives you a higher moral standing. That seductive combination may help explain the rise of the grievance industry.

Among the first to recognize this trend were Greg Lukianoff and Jonathan Haidt in their 2018 book, The Coddling of the American Mind. The authors introduced and made prominent a new vocabulary of grievance prevalent on college campuses. Terms like microaggressions, safetyism, safe spaces, identity politics and cancel culture have become ubiquitous.

They all revolve around one main idea: Nothing is ever my fault. If something goes wrong, if I feel offended or “unsafe” in any way, the solution is never within me—it is always outside of me.

This sugar high of feeling like a victim, of course, comes with a serious downside. Any therapist will tell you that chronic victimhood is not good for one’s emotional or psychic health. The Scientific American article asserts that “focusing on grievances can be debilitating.” For instance, those with a high level of victimhood “constantly ruminate and talk about their interpersonal offenses and their causes and consequences rather than think about or discuss possible solutions.”

We also know from personal experience that blaming others for our woes is hardly the path to success, happiness and progress.

President John F. Kennedy knew this as well, which is why he uttered one of the great callings in American history: “Ask not what your country can do for you; ask what you can do for your country.” His line was the antidote to victimhood.

And yet, six decades later, we have allowed a pervasive culture of victimhood to permeate our society.

One reason this trend has snuck up on us is that genuine grievances can generate enormous empathy. Who can argue with the grievances of racism, discrimination or social injustice? All too often, though, the anger triggered by these grievances nourish pervasive victimhood more than they nourish solutions.

The Black Lives Matter (BLM) movement is a good example. The slogan is certainly beautiful and moral, and excising racism is a supremely worthy goal. But awash in their victimhood, some BLM activists have lost sight of actual solutions and reforms. As Andrew Sullivan writes, “BLM’s critical race activists do not support reforming the police, they want to abolish them entirely. In fact, they demonize all cops as ‘bastards,’ and they justify violence and exonerate crime as legitimate resistance to the far greater crime of white oppression.”

And let’s not be naïve: the grievance industry is lucrative. Virtue-signaling corporations are eagerly donating to BLM-connected causes, while the cultural pillars of society, from the media to academia to Hollywood, have scrambled to catch up. Because victimhood is a source of power, it has become an end in itself.

The fallout from this thriving grievance/victimhood industry is that we are eroding two pillars of the American dream: hope and optimism. Victimhood engenders the very opposite of the “can-do” spirit that built America through impossible challenges.

If you believe, for example, that America is an irredeemably racist country, what is there to protect or defend? If you ignore the considerable progress America has made over its history, where do you find hope and optimism?

There’s a difference between fighting against injustice and fighting against a hopelessly racist country. In the first, which was the approach of Dr. Martin Luther King Jr., you use the tools provided by our constitutional system of laws and rights to seek redress and progress. In the second, you’re so angry at the system that you’d rather overturn it than reform it. The first offers hope; the second reinforces victimhood.

Perhaps the epitome of the grievance industry is exemplified by The New York Times’ 1619 Project, which reframes the birth of America around slavery rather than its founding ideals. The project, which is being introduced in schools, has come under sharp criticism from historians, scholars, and, most recently, New York Times columnist Bret Stephens.

“Contrary to what the 1619 Project claims,” Stephens writes, “1776 isn’t just our nation’s ‘official’ founding. It is our symbolic one, too. The metaphor of 1776 is more powerful than that of 1619 because what makes America most itself isn’t four centuries of racist subjugation. It’s 244 years of effort by Americans—sometimes halting, but often heroic—to live up to our greatest ideal.

“That’s a struggle that has been waged by people of every race and creed. And it’s an ideal that continues to inspire millions of people at home and abroad.”

In a conversation with Bill Kristol on July 22, 2020, Princeton Professor Sean Wilentz challenged the idea that the arrival of slaves in 1619 defines America.

“The United States didn’t even exist in 1619,” he said. “By the time you get to the American Revolution, and by the time you get to the Constitution … the American colonies had given birth to the anti-slavery movement in the Atlantic world. They had begun with the Quakers very early on in 1688 or so but, actually, in the 1760s and 1770s there were plenty of Northerners who were railing against slavery, saying in fact that how can we call ourselves lovers of liberty if we have these slaveholders among us?

“And, in fact, the Northerners were starting the very first successful emancipation projects, again, in Atlantic history. The very first national emancipation law was passed in Pennsylvania in 1780. The first Constitution actually that banned adult slavery was enacted in Vermont in 1777. The first anti-slavery society in the history of the world was established in Philadelphia in 1775, about five days before Lexington and Concord.

“So, this is America, and it’s not that America is anti-slavery. It’s a fight; it’s an argument from the very beginning. There is no one thing about America and slavery. To say that racism and slavery are foundational to America obliterates the fact that when the United States was being formed there is anti-slavery out there as well, not only coming from the enslaved.”

When Wilenz says that “it’s a fight, it’s an argument from the very beginning,” he is expressing one of the founding ideas of America—a struggle to create a more perfect union.

In his last speech as president, Barack Obama spoke of this struggle as “the great gift that our Founders gave to us: The freedom to chase our individual dreams through our sweat and toil and imagination, and the imperative to strive together, as well, to achieve a common good, a greater good.”

The horrible pandemic of 2020 has made it hard to believe in hope, creating millions of real victims who have every right to feel victimized. But rather than politicize the reactions to COVID-19, we ought to struggle and strive together, as Obama said, “to achieve a common good, a greater good.”

In that spirit, we have a choice: Do we want America to be defined by irredeemable sins or by a relentless drive to perfect itself? If we pick the former, we will nurture a generation of resentful victims who will always be angry at America, regardless of circumstances. If we pick the latter, we will nurture a generation of can-do Americans who will renew the promise of life, liberty and the pursuit of what we can do for our country.

David Suissa is editor-in-chief and publisher of Tribe Media Corp and Jewish Journal. He can be reached at [email protected]

Caption: Protesters in Boston in the wake of the Black Lives Matter protests following the May 25 killing of George Floyd by a Minneapolis police officer advocate for the anti-Israel BDS movement on July 1, 2020.
Courtesy: CAMERA.