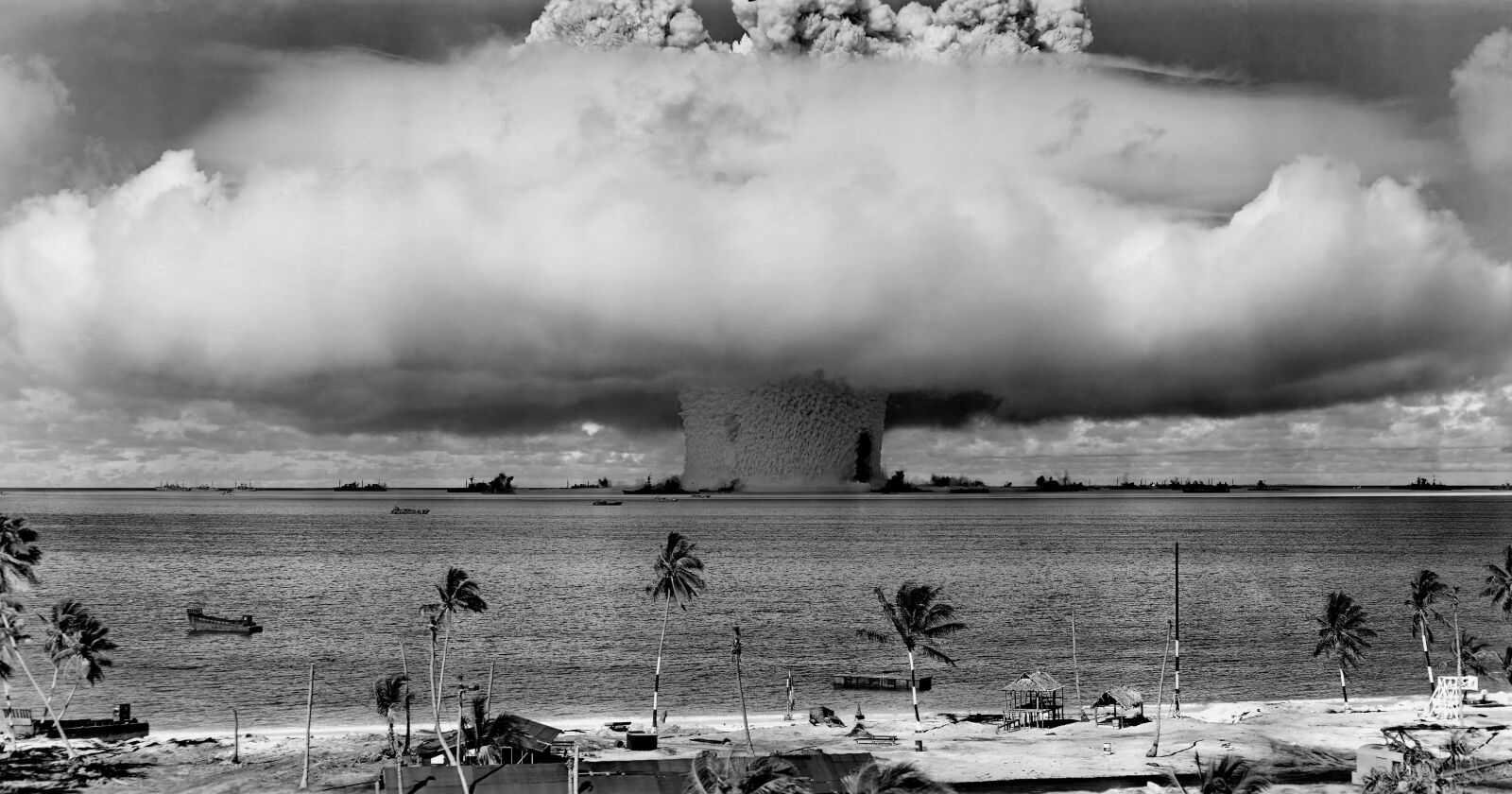 JCPA via JNS
By Yossi Kuperwasser

As U.S. Election Day approaches, tensions between Washington and Tehran are rising, with implications for Israel’s security.

Iran keeps seeking ways to secure the capability to produce a sufficient quantity (SQ) for two nuclear devices within a short time, in defiance of growing American economic pressure. Today, Iran needs about three months to secure one SQ, compared to the year the 2015 Joint Comprehensive Plan of Action (JCPOA) was supposed to provide. On the other hand, the Iranians’ guaranteed and “safe” pathway to the capability to produce a large nuclear arsenal in 10 years, as detailed in the JCPOA, has been severely disrupted.

The embargo on arms sales to and from Iran that was included in the JCPOA expires on Oct. 18, in the view of the participants of the Iran deal. The United States disagrees, insisting that all U.N. sanctions on Iran were reimposed on Sept. 20, due to its “snapback” application to the U.N. Security Council. At the same time, the U.S. administration also introduced unprecedentedly harsh economic sanctions on Iran, but the ayatollahs’ regime keeps moving forward with its nuclear program and blatantly violates all its commitments in the JCPOA, despite the growing economic hardships and other setbacks it has suffered.

Following the explosion at the advanced centrifuges production and assembly facility at the Natanz nuclear enrichment site on July 2, on Sept. 8, Ali Akbar Salehi, the chairman of the Atomic Energy Organization of Iran (AEOI), announced that Iran had begun constructing a new facility for the same purpose in the mountains near the Natanz enrichment site. However, unlike the Natanz facility that was hit by a mysterious explosion and was built on the surface, the new facility is underground. Meanwhile, the AEOI’s spokesman reiterated that Iran had managed to unravel most of the details related to the mysterious explosion.

Following the construction of the new facility, the Iranians might try to expedite the production of the advanced centrifuges.

The IAEA’s periodic report published in September did not include any reference to the explosion at Natanz or to Iran’s intention to build a new facility for the production and assembly of advanced centrifuges. As a general rule, Iran is obliged to notify the IAEA in advance about the establishment of nuclear facilities and allow the IAEA’s inspectors access to all enrichment-related facilities at its nuclear sites. Still, by implication, it does not do so when it comes to centrifuge production (this is one of the many holes in the JCPOA).

However, news reports in August based on a restricted IAEA document extensively describe Iran’s activities in experimenting and developing advanced centrifuges of various types for uranium enrichment. (A summary of that report was included in the agency’s Sept. 2 periodic report on Iran.) One news account refers to Iran’s intention to install, for the first time, advanced centrifuges that are now operating in the Pilot Fuel Enrichment Plant (PFEP) in Natanz, in underground enrichment Hall B.

According to the report, this step was supposed to have been carried out but was postponed at the last minute. In any case, the preparations for assembling cascades of advanced centrifuges at the site are already in progress. It should be emphasized that such a development would be another significant violation of the nuclear agreement, which allows the Iranians to operate only 5,060 basic centrifuges for enriching uranium at Natanz. It is not clear if the delay is related to the damage to the facility for the centrifuge assembly.

At the PFEP, Iran is enriching uranium in advanced experimental centrifuges, developing a wide variety of advanced centrifuges, and violating the timetable for R&D that is included in the JCPOA.

The Iranians are also violating their obligations by enriching uranium with 1,044 centrifuges in the underground Fordow facility near Qom. Defiantly, the AEOI chairman Salehi declared on Sept. 13 that his organization “activated an enrichment wing in the Fordow nuclear facility.” The use of these 1,044 centrifuges at the Fordow plant for enriching uranium was in line with steps to reduce its commitments to the nuclear deal, according to Salehi. “We had promised not to enrich using these 1,044 centrifuges, but according to the reduction of commitments, enrichment will be done as needed, and we will also store the enriched materials,” he said.

It should be pointed out that in the past year Iran has been enriching uranium to the level of 4.5 percent instead of the 3.67 percent allowed by the 2015 nuclear agreement. Iran has already accumulated an amount of uranium enriched to that level 10 times greater than what it is permitted according to the agreement (about 2,100 kg instead of the permitted 202 kg).

It is clear that Iran is determined to continue rapidly expanding its capacity to produce nuclear weapons in a short period. The amount of enriched uranium in its possession combined with its current enrichment capacity already would allow it, if it wished, to enrich the uranium to a military level and produce fissile material for two nuclear devices. Whereas a sufficient amount for the first nuclear explosive device can be produced in a little more than three months, within two months afterward Iran would have the required quantity for the production of the second device. Installing the advanced centrifuges at the enrichment site could shorten by a few weeks the time required for military-level enrichment. (Under the 2015 Iran agreement, Iran was supposed to be a year away from obtaining sufficient fissile material for one explosive device.)

All this is happening as Iran continues to develop long-range missiles that will allow it to launch nuclear weapons not only against Israel but also against targets in Europe. At the same time, Europe, China and Russia ignore the U.S. attempts to renew international sanctions against Iran. They are determined to allow the Iranian regime to continue violating the nuclear deal.

It is, therefore, no wonder that as the U.S. Election Day approaches, tensions between Washington and Tehran increase, with implications for Israel’s security.

First, IAEA Director-General Rafael Grossi declared in an interview with the Austrian newspaper Die Presse that Iran does not have at the moment the significant quantity of enriched uranium needed to produce a nuclear bomb. This is true and untrue at the same time. The truth is that they are about three months away from having this amount, should they decide to produce it. Grossi admitted that Iran accumulates uranium enriched to a higher level than what it committed to but avoided addressing the question of the time required to produce one SQ by claiming the IAEA does not deal with breakout scenarios.

Second, Brig. Gen. Dror Shalom, the outgoing head of the Israel Defense Forces’ Military Intelligence Directorate’s Research Division, said in an interview with Yediot Aharonot that Iran needs about two years to produce a nuclear bomb from the day they decide to do so. This may be a bit misleading as the critical part of this period is the enrichment of the low-enriched uranium to high-enriched uranium, and, as noted above, this requires about three months. Since Iran has already acquired considerable know-how regarding how to weaponize enriched uranium (as seen in the captured Iran nuclear archives) and has already made significant progress in producing delivery systems, it is hard to assess how long the other stages are going to take.

Third, Shalom and others also refer to the post-American elections possibilities and claim that there is not much difference between the two candidates as both are interested in reaching an agreement with Iran regarding its nuclear program. In fact, there is a considerable difference between the two. Republican Trump seeks a deal based on Iran’s readiness to accept his demands to give up the nuclear project and its regional hegemony aspirations, whereas Democrat Biden looks for a formula that will bring Iran back to a slightly improved version of the JCPOA and enable it to keep promoting its regional policy.

By now, the entire context in which the struggle over the future of the Iran nuclear program is conducted has changed. The JCPOA has put the focus on the questions of whether Iran is going to have a significant nuclear arsenal by 2030 or not, and whether the parties to the JCPOA are comfortable regarding the manner in which this arsenal will be acquired. After the withdrawal of the United States from the deal, the question became again, as it was until 2015, whether Iran will have enough fissile material for one or two nuclear devices, and how is it going to overcome the threshold that separates it from reaching this goal under economic pressure and military threats. This has been the case since President Trump withdrew from the JCPOA. Iran and everybody else, including Israel, are waiting anxiously to see what the U.S. elections portend.

IDF Brig. Gen. (res.) Yossi Kuperwasser is director of the Project on Regional Middle East Developments at the Jerusalem Center for Public Affairs. He formerly served as director general of the Israeli Ministry of Strategic Affairs and head of the research division of IDF Military Intelligence.

This full article is available at the Jerusalem Center for Public Affairs.