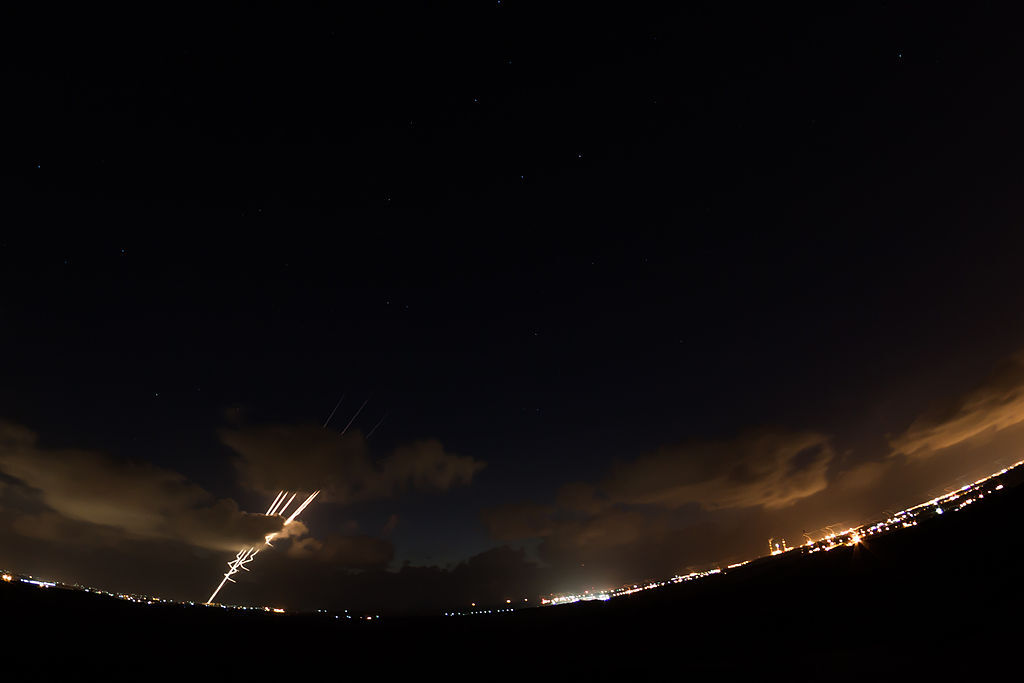 Hamas terrorists continued to shoot rockets at Israeli towns and cities early Thursday morning, with a massive wave of rockets sending millions of Israelis racing for bomb shelters in the middle of the night.

The IDF Spokesperson’s Office said 130 rockets were fired at Israel with a major wave launched at Tel Aviv and surrounding cities shortly after 1:00 a.m.

Most of the rockets that would have exploded in populated areas were shot down by the Iron Dome missile defense system, but one rocket hit a residential building in the city of Petah Tikvah, just east of Tel Aviv, setting the building and several cars on fire.

“This is a complex arena that was spread out over a number of buildings that were hit from the top and a number of vehicles caught fire in the yards,” said Magen David Adom rescue service paramedic Gali Sofer. “We arrived at the scene in very large forces that included ambulances, intensive care vehicles and dozens of medics and paramedics.”

Sofer said said five people were wounded including a 38-year-old with moderate injuries and four others who suffered from smoke inhalation following the fires that broke out and minor injuries from glass shards.

In the city of Rishon Lezion south of Tel Aviv a massive piece of shrapnel from a rocket crashed through the roof of a house and narrowly missed the young couple living there. The man told Ynet he and his girlfriend were sitting in the living room and didn’t hear the air raid sirens go off when suddenly the huge shard smashed through the kitchen ceiling.

“The terrorist organization Hamas deliberately places its military assets in the heart of the civilian population in the Gaza Strip,” the IDF said, noting that “the IDF takes precautions to minimize possible harm to civilians during its military activities.”

Other targets destroyed included several Hamas military buildings, two rocket launch positions and the house of Iyad Tayeb, the commander of a Hamas battalion whose home was used by the Hamas military.

Hamas rocket fire continued throughout the night and into Thursday morning with scores of rockets fired at the southern city of Ashkelon and the towns and farming communities on the Israeli side of the Gaza border.

Eshkol Regional Council spokeswoman Yifat Lipner tweeted that since midnight until early Thursday her region of 32 small farming communities had been hit by 82 rockets, with 350 rockets in total exploding in the Council area since Monday.

To date, six Israelis, including a five-year-old boy, have been killed in rocket attacks from Gaza, with scores of others wounded.