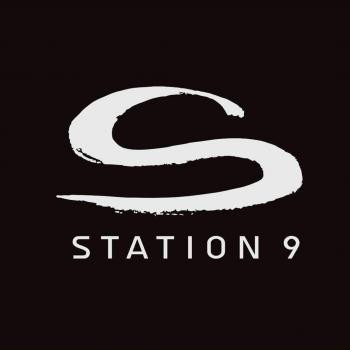 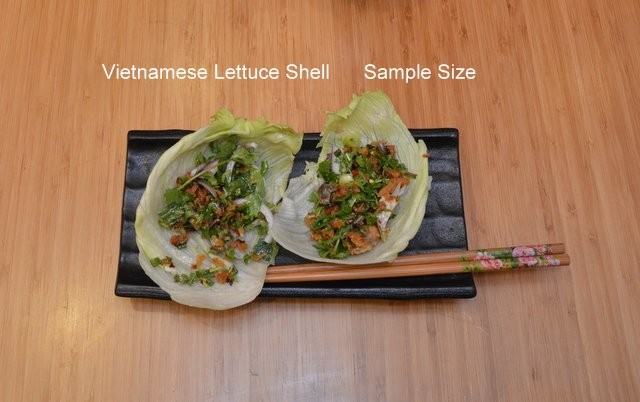 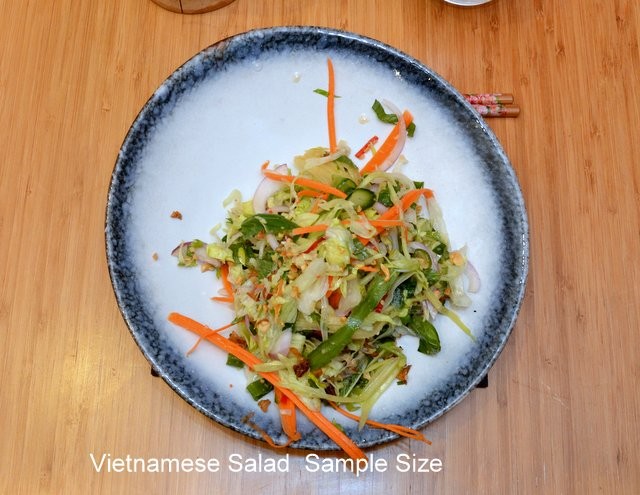 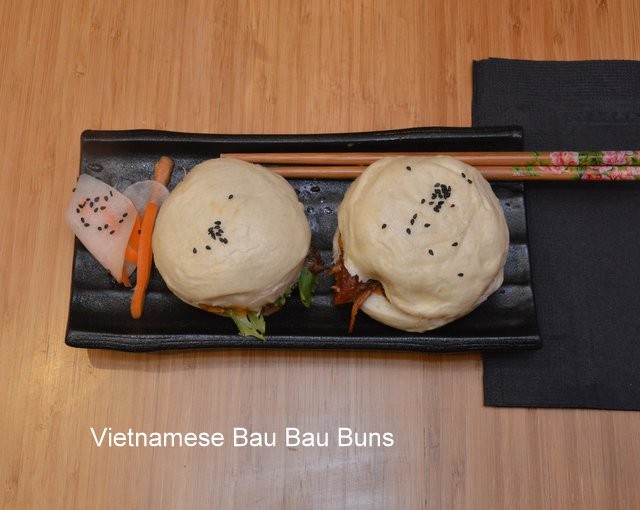 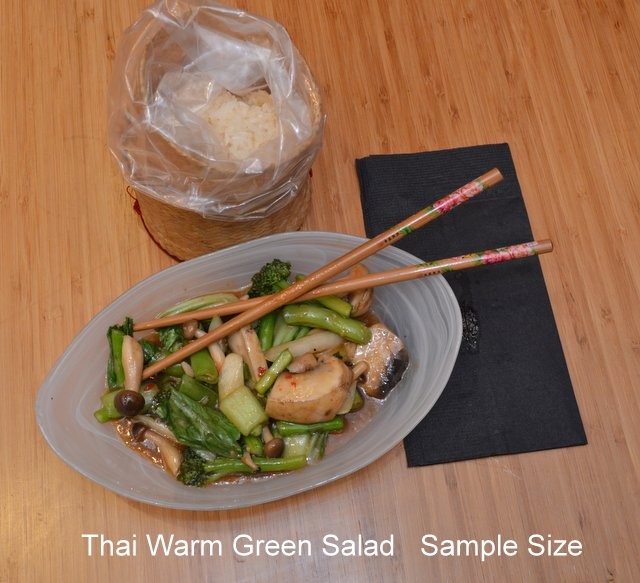 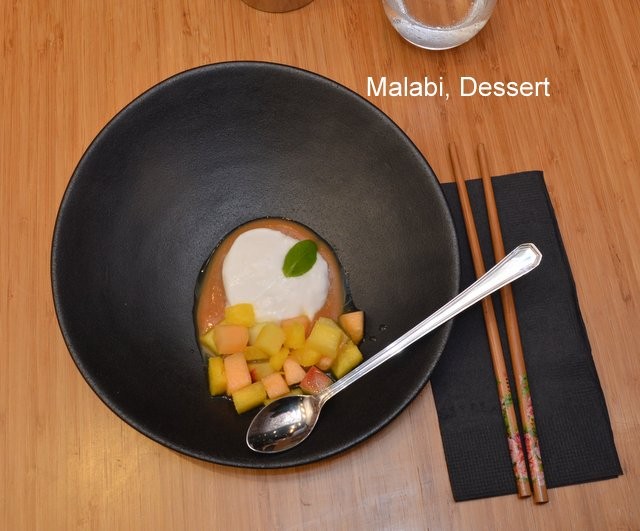 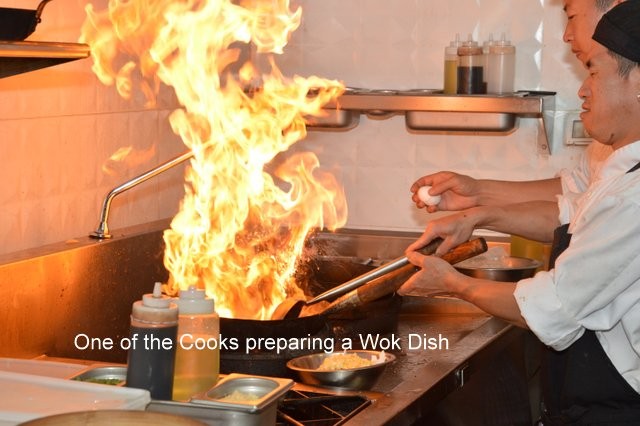 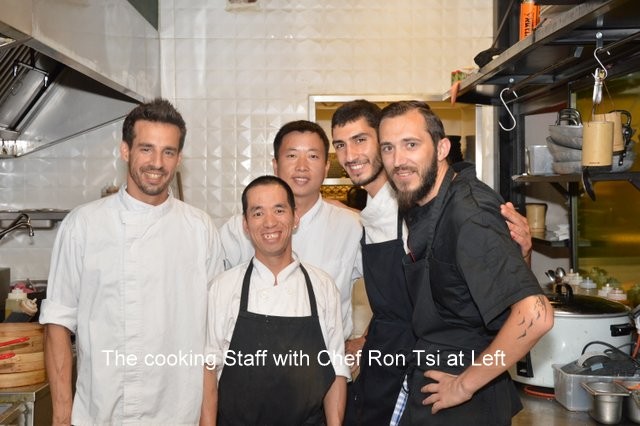 072-212-5152 http://station9.co/
David Remez St. 4
Ron Yedid owns Focaccia off Hillel, Focaccia Kosher on Emek and Kitchen Station in the First Station, but he had a dream of another sort. That was fulfilled in June 2014 when Station 9 opened, according to chef Ron Fintsi, one of the owners, along with Shlomi Turgeman, another of the owners.
Fintsi, whose mother is from Argentina, spent three years at culinary school in Argentina; five years working in Tel Aviv restaurants; and three years in Jerusalem, including Focaccia Kosher on Emek. He also did research in Thailand before returning to build the menu and become the Chef at Station 9.
Besides himself, there are two cooks from China, another cook and Ron and Mazal Yedid's son, Daniel, in the kitchen preparing Thai, Vietamese and some Chinese and Japanese dishes.
Outside, on the patio, large bare light bulbs hang over wood tables to seat about 48, on which are placed black plates and napkins and wood chopsticks decorated with flowers. For those wanting silverware, these sit on each table in bamboo containers.
Walk up a ramp into the first room with a glass wall, showing the open-kitchen on the left side with 11 seats at a bar, and 24 seats in booths on the right side of this room. Behind these booths, liquor and wine bottles sit on a ledge; further back is the actual bar.
The ceiling of the next room attracts attention as a collage of Japanese fans; natural Jerusalem stone walls are exposed on two sides. Tables seat 30; in the center is a glass-top table with sand and rocks inside, with padded benches on both sides. Here are also the black plates in the shape of flower petals, black napkins and the flower- trimmed chop sticks.
By the way, anything ordered from the menu before 5 p.m. is 20% off, except Friday, Saturday and holiday eves.
On the menu, there are 12 appetizers (30-46 NIS); 6 chop chop (cold salads, 36-48 NIS); 4 soups (46 NIS); 8 wok stir fries (46-72 NIS); 6 Station 9 (main courses 96 - 110 NIS); and Bau Bau (explained later). Soft drinks, fruit juices, coffee, beer and 4 desserts (28-36 NIS) are also offered.
On the menu are dots indicating the degree of spices--1 is low, 2 is medium, 3 is high and none means not spicy.
Our host was Chef Fintsi, whom we cautioned to keep the food less spicy!
Our first sample was the Lettuce Shell (40 NIS), a Vietnamese dish of dry fish, onion, cilantro, mint, and chili, in a sesame oil and lime dressing on lettuce. To eat this, you roll up the filling in the lettuce and eat it by hand. We were impressed that you could taste each ingredient individually, making for a distinctive tasting experience.
Next we sampled the Vietnamese Salad, in sample size (44 NIS). Lettuce, celery, green papaya, carrots, dry onions, red onions, peanuts, and cucumber came in a tilted black bowl with a dressing made from palm sugar, fish sauce and lime. Although it was a little spicy and a little sweet, it had a distinct flavor which made for a nice blending of ingredients.
The Vietamese (and Chinese) Bau Bau buns are a special treat (28 NIS for one and 48NIS for two). So that we could see the variation, Chef Fintsi made one bun with Peking duck and one with Asado beef (a kind of barbecued beef)--both with aioli, chipotle and cilantro sauce. The plate was garnished with slivers of kohlrabi. Although these buns are popular in China, here they are ecru-colored and soft and are steamed so they puff up. When sliced, they are then filled. They are a real must to order.
Another sample was the Thai Warm Green Salad (46 NIS), great for a vegetarian. Shitake mushrooms, Swiss chard, broccoli, asparagus, and Shimagi mushrooms are cooked, and the dish is served with sticky rice, instead of bread, in a woven bamboo basket, lined in plastic. It was special, and my companion, who loves mushrooms, particularly thought the sauce was superb.
The Chef topped off the sampling with Malabi, a Middle Eastern creamy pudding with a light texture, made kosher with coconut milk and topped with lychee and passion fruit sauce. After the spicy food, this cold dessert, served in the tilted black bowl, was colorful and exceptional.
If you are looking for a creative eating experience, different from the usual, and are willing to be a bit adventuresome, try the Asian fusion food of Station 9. This is definitely the place to go.
The author and photographer were guests of the restaurant.
Share: