May 05, 2022 | News | Arab-Israel Conflict | Government | Terrorism | National | International
Bennett: ‘We will strike not only terrorists but those who send them’ 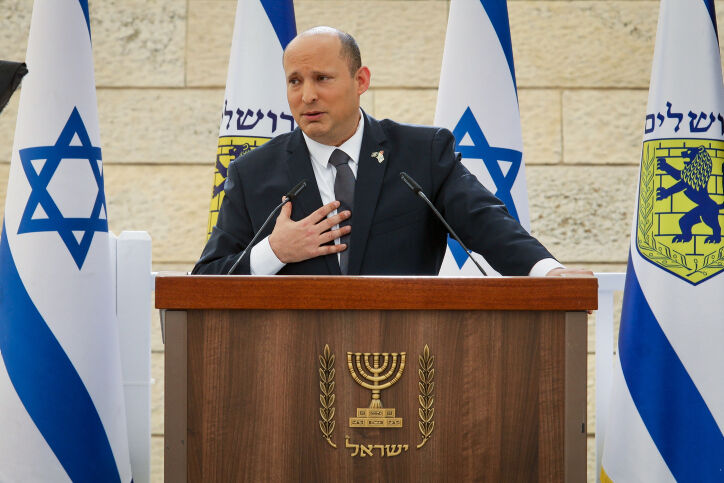 In a thinly veiled Memorial Day message to Iran, Israeli Prime Minister Naftali Bennett vows that Israel will reach even those “1,000 kilometers to the east.”

Israeli Prime Minister Naftali Bennett vowed on Wednesday to strike back not only at terrorists but at those who dispatch them, including those “a thousand kilometers east of here.”

In a thinly veiled warning to Iran, Bennett said in his Memorial Day speech at Mount Herzl in Jerusalem that those who send terrorists to attack Israel “have already begun to pay the price, and this will only increase.”

Israel’s enemies, he said, “will encounter more and more initiative, attacks and innovation. If we will have to fight a new conflict, we are determined to arrive ready, trained, surprising our enemies and not being surprised, and to strike the enemy with a powerful, decisive blow.”

Violence and terrorism, said the prime minister, were not a natural phenomenon nor an inevitable fate that the State of Israel had to accept.

“Our enemies will [one day] understand the degree to which their dream of destroying us is hopeless,” he said.

“We are fighting a cruel and death-seeking enemy. Day after day, we receive reminders that the journey is not yet complete. Instead of building their lives and futures, our enemies refuse to abandon their desire to destroy our lives. But look at us and [look at] them. The enemy is drowning in poverty and miserable feelings of victimhood, while we built a prosperous, strong and optimistic country.”

Israel’s answer to its enemies, he said, is an “iron wall of power.”

Caption: Israeli Prime Minister Naftali Bennett speaks at a ceremony marking Memorial Day for Israel's Fallen Soldiers and Victims of Terror, at "Yad LeBanim" in Jerusalem on May 3, 2022.
Photo by Marc Israel Sellem/POOL.