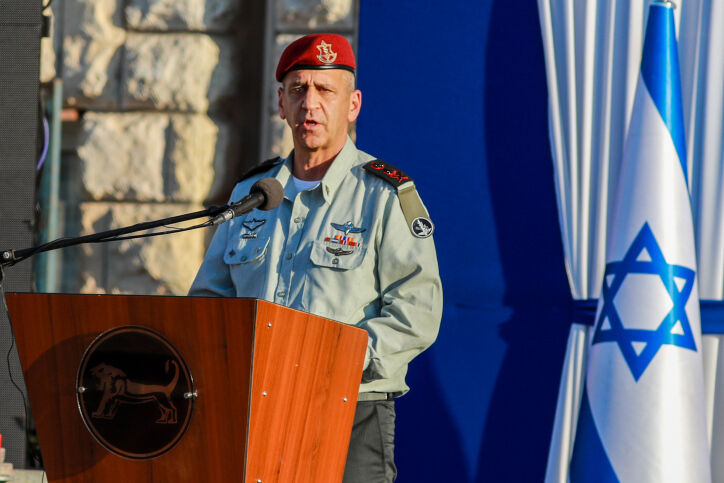 Israel Hayom via JNS
By Lilach Shoval and JNS staff

IDF Chief of Staff Lt. Gen. Aviv Kochavi said on Sunday that it was only a matter of time until security forces catch up with the two fugitives still at large following last week’s prison break in northern Israel.

Noting that four of the six security prisoners that escaped from the Gilboa Prison on Sept. 6 were already in custody, Kochavi said that Israel’s security forces would not rest until the remaining two were also found.

According to details leaked from the Israel Security Agency (Shin Bet) interrogation of the four captured fugitives, once outside the prison walls, the convicts headed on foot toward the nearby Arab town of Na’ura, some 4.3 miles from the prison. Once there, they begged several residents to drive them to Jenin, but were rebuffed. The six then allegedly spent less than an hour in a local mosque, where they showered and changed clothes before leaving the town.

Security forces were reported to be narrowing in on the location of the last two fugitives—Iham Kamamji and Munadil Nafiyat—both members of the Palestinian Islamic Jihad terrorist group, with searches focusing on the Jezreel Valley and Jenin.

Kochavi, who made the remarks at an Israel Naval Academy graduation ceremony on Sunday night, also warned that Israel would not allow terrorist organizations in the Gaza Strip and Judea and Samaria to use the escape as an excuse to harm Israeli citizens.

“In recent weeks the challenge in the Palestinian arena has become more acute,” he told the navy’s newest officer class. “The IDF is working to provide security on all fronts, particularly in Judea and Samaria,” he added.

Addressing the rocket fired from the Gaza Strip into Israel on Saturday morning, Kochavi warned the terrorist groups in Gaza, which is controlled by Hamas, that “if the situation escalates, Hamas and the Gaza Strip will pay a heavy price.”

The rocket, which was launched from Gaza just before 9:30 p.m. on Saturday, was intercepted by Israel’s Iron Dome air-defense system. In response, Israeli aircraft struck a Hamas compound housing a number of underground rocket production workshops, a weapons storage site, a tunnel and a Hamas training facility, according to the IDF.

Later on Sunday night, Israeli jets attacked Hamas targets in Gaza again after another rocket was launched at southern Israel.