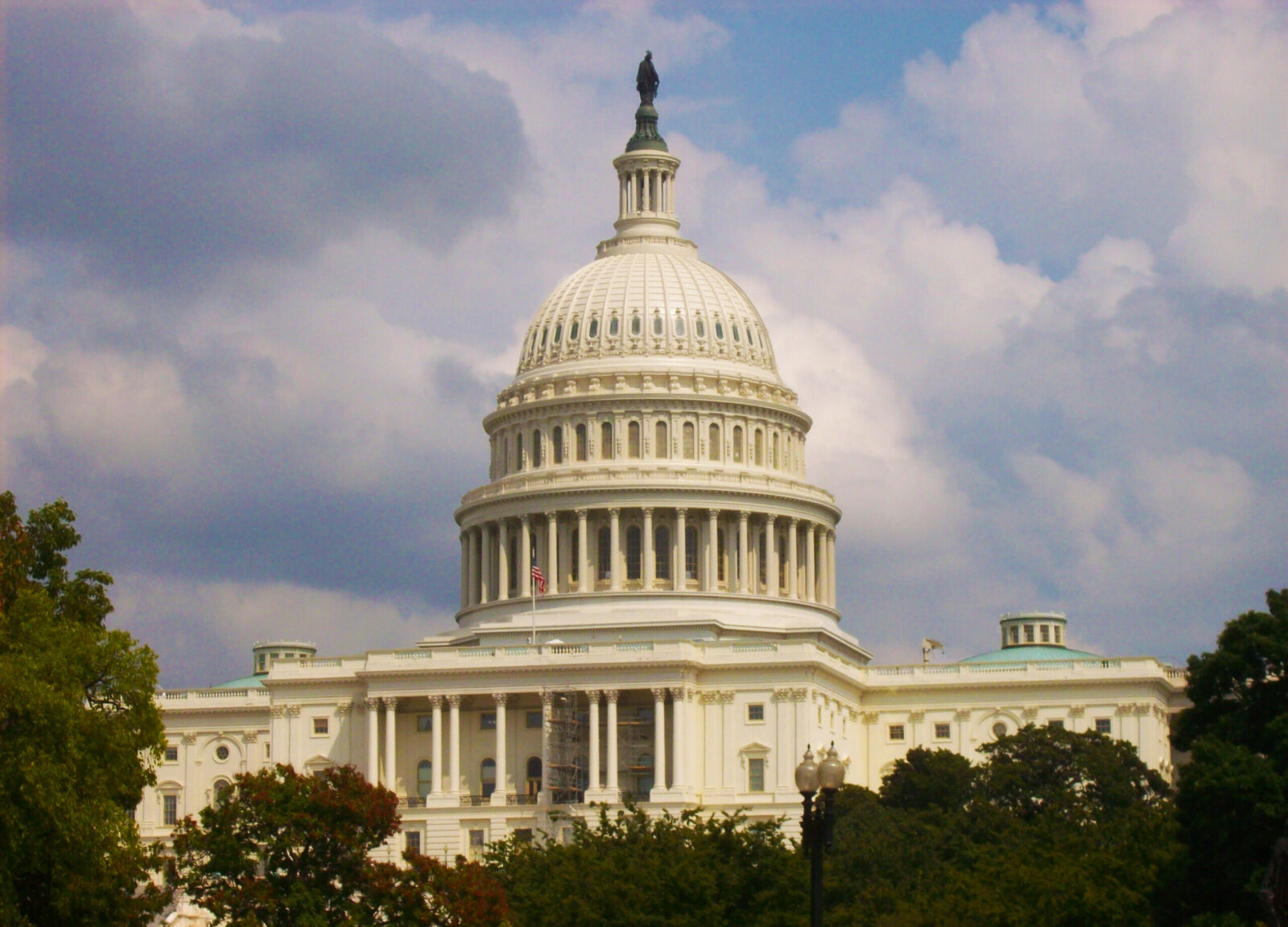 While all presidents, from 1948-2017, have pressured Israel, Congress has systematically supported it and bolstered U.S.-Israel cooperation, even when it conflicted with presidential policy.

Since 1948, the U.S. legislature has systematically supported the U.S.-Israel relationship, and promoted enhanced cooperation between the two countries across a wide variety of fields. This congressional stance has been consistent with the worldview of most American voters—and sometimes inconsistent with that of the executive branch.

Congressional affinity for Israel was demonstrated in February 2020, when the Senate voted 97:3 to fund and maintain the U.S. Embassy in Jerusalem.

In July 2019, the House of Representatives voted 398:17 to condemn the anti-Israel BDS (boycott, divestment, sanctions) movement. The 17 representatives who supported BDS included Barbara Lee (D-Calif.) and Betty McCollum (D-Minn.). The former is the new chairperson of the most critical Appropriations Subcommittee on Foreign Operations, which oversees foreign aid and international commercial cooperation. The latter is the chairperson of the equally critical Appropriations Subcommittee on Defense, which oversees the defense budget, including global defense cooperation. These two prominent representatives have been among Israel’s roughest critics on Capitol Hill.

In 2021, they represent an expanding minority among American voters in general, and on Capitol Hill in particular, constituting a major challenge for American and Israeli allies of the highly productive U.S.-Israel collaboration.

They represent a growing segment of the U.S. population, as well as legislators and staffers, who are estranged from the 400-year-old historical, cultural, moral and civic foundations of the U.S.-Israel kinship, unfamiliar with Israel’s role as a unique force-multiplier for the United States and its contribution to the U.S. defense industries, high tech sector, armed forces, counterterrorism and intelligence.

They overlook the two countries’ mutual threats and challenges, which transcend the Palestinian issue, are inattentive to the adverse effect on U.S. interests of the proposed Palestinian state and oblivious to the Arab view of the Palestinians as a role model for intra-Arab terrorism, subversion and treachery. They are indifferent to Palestinian hate-education, which mirrors the Palestinian vision and breeds terrorists. They are uninformed about the enhancement of U.S. interests by Israel’s control of the mountain ridges of Judea and Samaria (the West Bank) and the Golan Heights. And, they are unaware of the deep incompatibility between Western values and norms, on the one hand, and the unpredictable, violent, treacherous Middle East reality on the other.

The clout of Congress

The U.S. President is the Commander-in-Chief, but only as authorized and appropriated by Congress. According to the Constitution, the president proposes, but Congress disposes.

U.S. Senators and House members serve in the most powerful legislature in the world—which is the most authentic representative of the American people—playing a critical role in the shaping of U.S. policy, domestically and internationally.

Contrary to conventional wisdom, the Constitution established the legislature as a co-equal and co-determining branch of government on domestic and foreign policy. Unlike in other democracies, U.S. legislators derive their potency from the constituent, not party bosses. They are, mostly, accountable to the constituent, not to their party leadership and/or the president.

To avoid a monarch-like, excessive executive, the framers of the Constitution limited presidential indiscretion, diffused the power of government and encouraged arm-wrestling, constructive tension, collective decision-making and shared responsibility between the decentralized 535-member legislature and the one-man executive.

Thus, the Constitution limits the powers and the term of the president, while establishing a uniquely powerful legislature, which can serve unlimited terms, regulate, amend, suspend, overrule and effectively supervise and check the Executive. Furthermore, Congress is empowered to initiate programs/policies in the areas of national security and foreign policy through the “power of the purse,” authorization and termination of military involvement, ratification or rejection of treaties, confirmation and rejection of senior appointments, establishing and abolishing executive departments and agencies, veto-override, impeachment, etc.

While House representatives (especially) and senators are typically preoccupied with district and state matters, which are the top concern of their constituents, they possess effective muscle in the area of international relations, which is flexed whenever they deem it necessary.

For example, in 2017 and 2012, Congress legislated sanctions on Russia and Egypt, in defiance of presidents Trump and Obama. Most sanctions against foreign countries were initiated by Congress. In 2015, the Senate refused to ratify the Iran nuclear accord, thus enabling the United States to withdraw from the agreement in 2018. On July 15, 2014, the Senate Appropriations Subcommittee on Defense, chaired by Sen. Durbin (D-Ill.), appropriated for the U.S.-Israel Iron Dome missile defense program twice as much as requested by President Obama.

On Aug. 1, 2014, during Israel’s war against Hamas terrorists, Democratic senators forced Obama to de-link $225 million for additional Iron Dome batteries to Israel from the $2.7 billion Immigration and Border Security Bill. In 2012, Congress cut foreign aid to the Muslim Brotherhood government in Egypt, and imposed additional sanctions on Iran, despite presidential opposition.

Since 1999, the Senate has not ratified President Clinton’s Comprehensive Nuclear-Test-Ban Treaty. In 1990-1992, Congress significantly expanded U.S.-Israel defense cooperation in spite of opposition from President Bush and Secretary of State Baker. In 1986, Congress imposed severe sanctions on South Africa, overruling President Reagan’s veto. In 1984, 1976 and 1973, notwithstanding opposition by presidents Reagan, Ford and Nixon, congressional legislation led to the termination of U.S. military involvement in Nicaragua (the Boland Amendment), Angola (the Clark Amendment) and Southeast Asia (the Church-Case Amendment) respectively. In 1973, Congress overrode President Nixon’s veto of the War Powers Act, which limits presidential authority to commit U.S. forces abroad without congressional consent. In 1974, Congress passed the pivotal Jackson-Vanik Amendment, despite fierce opposition by President Nixon and Secretary of State Kissinger.

While American and Israeli supporters of the win-win U.S.-Israel cooperation should cultivate lines of communications with President Biden, Secretary of State Blinken, Deputy Secretary of State Sherman, National Security Advisor Sullivan and other prominent foreign policy and national security players, there should be very frequent communications with U.S. legislators and staffers.

The latter have demonstrated their effective impact in the areas of foreign policy and national security as a co-equal and co-determining branch of government.

While all presidents, during 1948-2017, pressured Israel, Congress has systematically supported Israel and bolstered U.S.-Israel military and commercial cooperation, expressing the worldview of most U.S. constituents, even when it conflicted with presidential policy.

Will supporters of U.S.-Israel strategic cooperation upgrade communications with the U.S. legislature and rise to the challenge presented by the recent erosion of support on Capitol Hill?

Yoram Ettinger is a former ambassador and head of Second Thought: A U.S.-Israel Initiative.

This article was first published by The Ettinger Report.