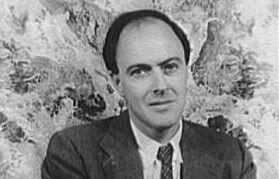 The Board of Deputies of British Jews, the largest Jewish communal organization in the UK, has called on Netflix to tackle Roald Dahl’s well-known anti-Semitism, after the streaming giant purchased the rights for 16 of the late British author’s works, including bestsellers like “Charlie and the Chocolate Factory.”

“The virulent antisemitism of Roald Dahl is well-known, and has sadly marred the full enjoyment of his works for many Jewish (and other) people,” said Marie van der Zyl, president of the Board of Deputies.

“We fear that, as part of Netflix’s stated plans to create a ‘unique universe’ around his works, a by-product of that may be to present Dahl – whether on-screen or off it – as some sort of paragon of kindness and virtue,” she explained.

As such, the group has urged Netflix to produce a documentary that will explore the anti-Semitism that tarnishes Dahl’s legacy.

On Wednesday, Netflix announced that it had acquired the Roald Dahl Story Co., which manages the rights to the author’s characters and stories. No financial terms were disclosed.

The deal builds on a partnership struck in 2018 to create a slate of animated TV series, under which “Charlie and the Chocolate Factory” is getting a reboot by Academy Award winning filmmaker Taika Waititi and Netflix is working with Sony on an adaptation of “Matilda the Musical.”

The new deal paves the way for Netflix to bring all of the author’s back catalogue to screens.

“These projects opened our eyes to a much more ambitious venture – the creation of a unique universe across animated and live action films and TV, publishing, games, immersive experiences, live theatre, consumer products and more,” Netflix Co-CEO Ted Sarandos and Luke Kelly, managing director of the Roald Dahl Story Co. and Dahl’s grandson, said in a joint statement.

Dahl died in 1990 at the age of 74 but his books, which also include “The BFG,” “The Twits” and “Fantastic Mr. Fox,” remain popular with young readers, with more than 300 million copies sold worldwide and translations in 63 languages.

Last year, some 30 years after his death, family members of Dahl issued a statement apologizing for “incomprehensible” anti-Semitic comments made by the late author during his life.

“The Dahl family and the Roald Dahl Story Company deeply apologize for the lasting and understandable hurt caused by some of Roald Dahl’s statements,” read a brief statement on the official Roald Dahl website.

“Those prejudiced remarks are incomprehensible to us and stand in marked contrast to the man we knew and to the values at the heart of Roald Dahl’s stories, which have positively impacted young people for generations,” the statement added.

Associated Press contributed to this report.