May 03, 2021 | News | Government | Opinion | World Conflict | International
The Khatam al-Anbiya company and the future of the IRGC empire 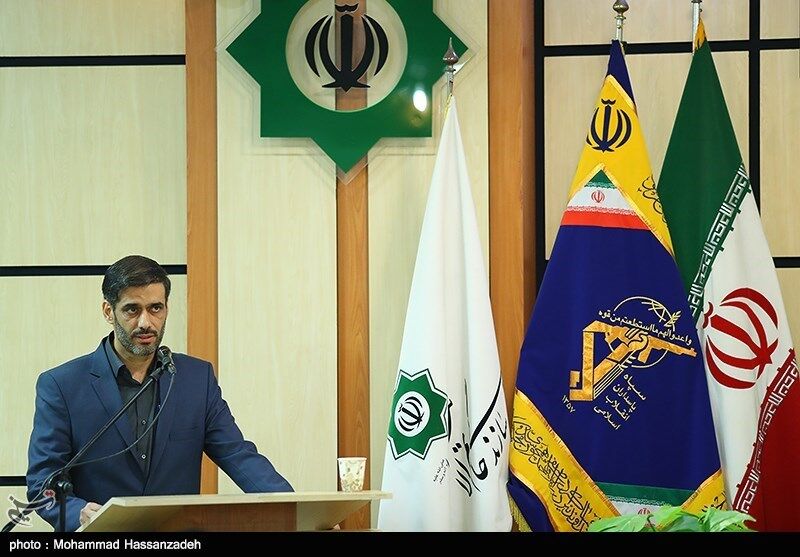 Begin-Sadat Center for Strategic Studies via JNS
By Ardavan Khoshnood

The West assumes that if the Islamist regime of Iran is granted some leeway, it will stop its aggression. The IRGC’s push for absolute power in Iran and belligerent empire-building across the Middle East suggest otherwise.

When Ali Khamenei was appointed Supreme Leader of the Islamic Republic, he knew he lacked Khomeini’s charisma. He needed the power of the military to subdue his rivals and consolidate his position, and accordingly pulled the Islamic Revolutionary Guard Corps closer to himself. At the same time, newly elected president Hashemi Rafsanjani, who, as wartime supreme commander, had nurtured his own close relationships with IRGC generals, sought to exploit the public resources of the nation with fewer restrictions. He attempted to partner with the IRGC in his “privatization” movement, which was basically the mass transfer of public property, resources and organizations from the government sector to regime insiders. The resulting Khatam al-Anbiya Construction Headquarters company was the first, and remains the most notable, financial institution of the IRGC.

In December 1989, following the Iran-Iraq war, Khamenei issued a decree establishing Khatam al-Anbiya (meaning “Seal of the Prophets”) with the purported aim of “utilizing the civilian capacity of the armed forces to develop the construction of the country.” Khatam al-Anbiya was originally intended to be run as a joint enterprise among all branches of the armed forces of the Islamic Republic, including the army, the IRGC and the police. But over time, it became an exclusively IRGC venture, with managers and senior officials appointed by the Revolutionary Guards.

The sole body overseeing the activities of Khatam al-Anbiya is the IRGC Intelligence Protection Unit. No other regulatory bodies are mandated to monitor or request performance reports from the Headquarters. The nominal commander of Khatam al-Anbiya is the commander-in-chief of the Revolutionary Guards. While he delegates the handling of the Headquarters’ day-to-day workings to others, he retains control over the scope and direction of its participation in financial and economic projects.

Khatam al-Anbiya grew exponentially during Muhammad Ali Jafari’s long era of command over the IRGC (2007-2019). During this period, the Supreme Leader, backed by his IRGC Praetorians, implemented a definitive “Look to the East” policy by systematically purging all ostensibly Western-friendly elements in the regime as well orienting the intelligence apparatus and the military towards Russia and China. With the ouster by the IRGC of Hashemi Rafsanjani’s circle and the so-called “Reformists,” Khatam al-Anbiya succeeded—especially during the eight years of Mahmoud Ahmadinejad’s presidency (2005-2013)—in monopolizing the lion’s share of economic and development projects in Iran.

With the intensification of international sanctions against the Islamic Republic over the regime’s nuclear ambitions and the forced emigration of multinational companies from Iran, the Headquarters seized substantial oil and gas and petrochemical projects. This provided the platform from which Khatam al-Anbiya grew into the leviathan that now dominates almost all financial, economic and industrial sectors in Iran.

Khatam al-Anbiya is one of the main institutions tasked with implementing Khamenei’s “Resistance Economy.” This is nothing less than a concerted effort by the Revolutionary Guards to monopolize Iran’s resources, mines, industries and infrastructure projects in order to circumvent international sanctions and fund the ideological-military expansion of the Islamist regime in the region and beyond, as well as the ongoing suppression of popular dissent and protest inside Iran.

Khatam al-Anbiya is also responsible for preparing a “reverse sanctions list.” According to this list, goods produced by domestic manufacturers—that is, companies affiliated with the IRGC—should not be sourced from abroad, meaning the IRGC can monopolize the production and import of goods in Iran. Thus, the Headquarters has played a key role in concentrating Iran’s economy in the hands of the militant Islamists and the Revolutionary Guards as well as breaking the international sanctions regime against the Islamic Republic. Because of this, Khatam al-Anbiya has been sanctioned several times by successive U.S. governments since 2010.

The sanctions have not impeded Khatam al-Anbiya’s efforts to broaden the scope of its activities every day, expanding the Revolutionary Guards’ empire in Iran and across the Middle East. During the past two decades, Khatam al-Anbiya has thrived to such an extent that some of its commanders, such as Muhammad Baqer Qalibaf, Rostam Ghasemi and Saeed Muhammad, have achieved—or are about to achieve—key positions in the regime’s political hierarchy. The regime relies heavily on the Headquarters’ seemingly unlimited and unaccounted-for revenues, and Khatam al-Anbiya accordingly enjoys the solid support of the Supreme Leader and his so-called Household.

Qalibaf was mayor of Tehran and then speaker of the Islamic Consultative Assembly, and now aspires to the presidency. Ghasemi was the oil minister in Ahmadinejad’s government, a former adviser to Hassan Rouhani’s first deputy and a senior adviser to the former defense minister, and is also said to be a presidential candidate in the upcoming elections. Saeed Muhammad, the last commander of Khatam al-Anbiya and a model “young Hezbollahi manager,” recently resigned his post in the hope of becoming president and announced his readiness to run in 2021.

It appears the cadets of the Khatam al-Anbiya will soon be the main executors of the Islamic Republic’s policies, both inside and outside Iran. In view of the hardline stances of the Supreme Leader and the generals of the Revolutionary Guards, it can be assumed that the Islamic Republic remains intent on intensifying its suppression of domestic dissent, animosity toward the West and the United States and expansionism in the Middle East against the security interests of Arabs and Israel.

As such, the insistence of the Biden administration and some European governments on either returning to the original JCPOA or concluding a new deal with the Islamic Republic to reduce the nuclear and missile threat it poses is far from realistic and unlikely to succeed. Peace in the Middle East is predicated on the dissolution of the Revolutionary Guards’ apocalyptic empire and the subsequent establishment of democracy in Iran.

Ardavan Khoshnood, a non-resident Associate at the BESA Center, is a criminologist and political scientist with a degree in intelligence analysis. He is also an Associate Professor of Emergency Medicine at Lund University in Sweden.