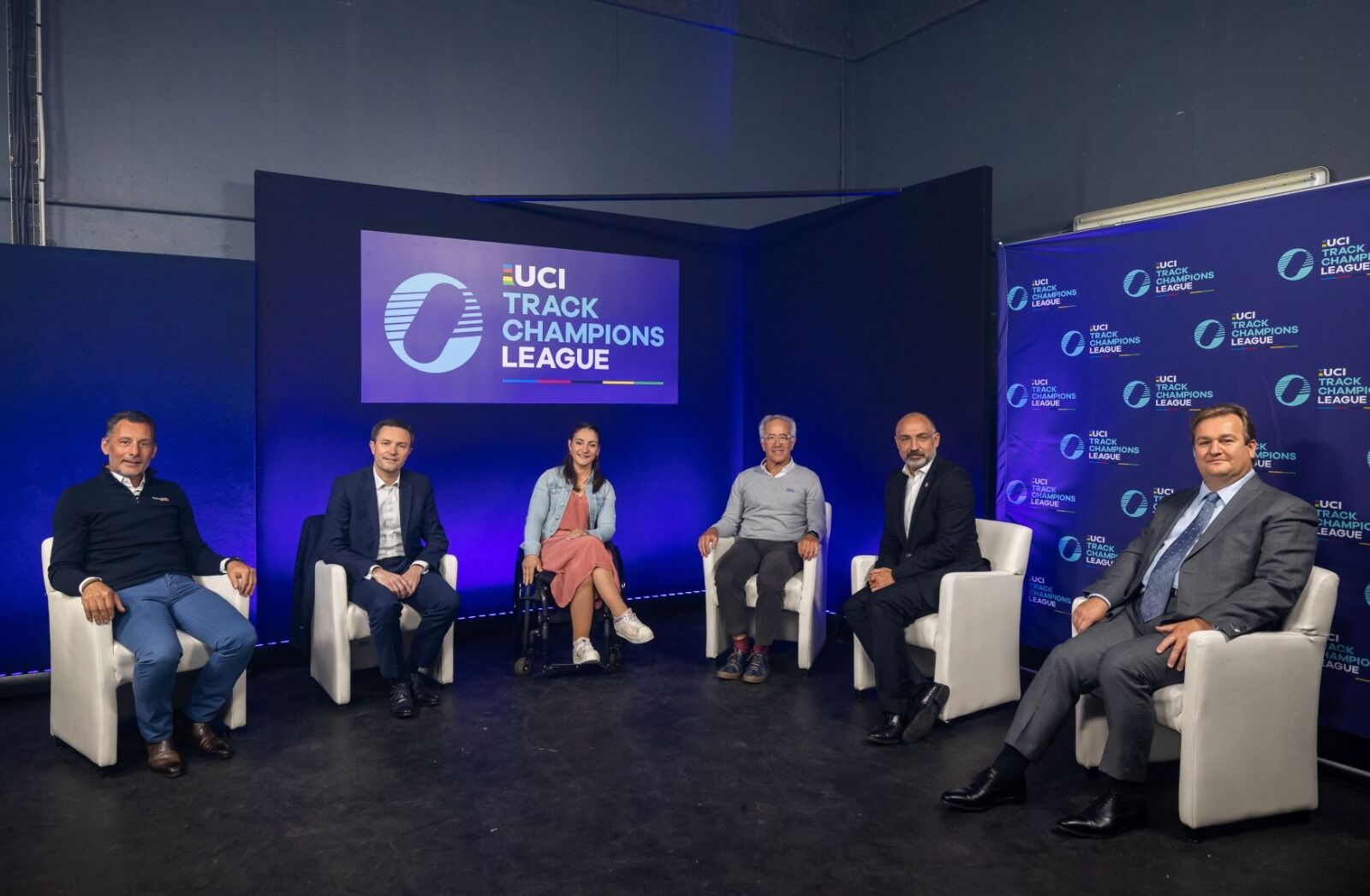 May 19th (Tel Aviv, Israel) – At an event unveiling the brand new UCI Track Champions League, it was announced yesterday that the six-round track cycling competition will culminate in a final round at the Sylvan Adams National Velodrome in Tel Aviv, where the male and female winners of the competition will be crowned.

The elite competition featuring the world’s highest profile riders, is designed to build the global profile of track cycling beyond the four-year Olympic cycle. It will debut on 6 November with the first of six events. The competition, which will be broadcast worldwide, will include gender-equal participation and prize fund.

At the launch, the six-round race schedule was announced. The competition will begin in Spain on 6 November, continuing with rounds in France, Lithuania, two rounds in London and culminating in the competition finale on 11 December at the Sylvan Adams National Velodrome in Tel Aviv. The velodrome is most advanced cycling facility in the Middle East, funded by Sylvan Adams as part of his vision to nurture homegrown cycling champions in Israel. The venue will also host the 2022 UCI Junior Track Cycling World Championships.

Sylvan Adams is the co-owner of the Israel Start-Up Nation cycling team, which competes on the World Tour, the highest level of professional road cycling. He was also the driving force behind bringing the Big Start of the prestigious Giro d'Italia to in Israel in 2018.

Sylvan Adams said, “I’m just thrilled that the Sylvan Adams Velodrome in Tel Aviv will host the finale of the UCI Track Champions League that will see the winner crowned in Israel. Our velodrome, the first such facility in the Middle East, is just over a year old, and we already have developed some real track talents, both men and women, who will get the opportunity to race against the world’s best on their home track. In a way, this will be our coming out party to the rest of the track cycling world, who will get to see our world class facility, as the event is beamed into living room TVs around the globe by Eurosport. Looking forward to welcoming everyone to the great, exciting city of Tel Aviv.”

The UCI Track Champions League is a league format where every round will feature the same race program. Riders score points across the six rounds in either the Sprint or Endurance category. Each category has two different types of races in which competitors can accumulate points. 18 riders will compete in each category, totaling 72 riders — equal numbers male and female.

Rankings within the UCI Track Champions League will be determined by points allocated to riders from their performance in each race. Points will accrue in a league table and the overall winner in each of the categories will be the rider with the most points at the end of the series.

The launch comes as part of a new eight-year partnership between the UCI and Discovery alongside its dedicated event promotion business Eurosport Events, with the objective to develop a year-round narrative for track cycling and further grow engagement around the sport.

David Lappartient, UCI President said, “The launch of the UCI Track Champions League marks an important milestone in the history of track cycling, one of cycling's historic disciplines and one that has been part of the Olympic Games since the first modern Games in 1896. Thanks to our strategic partnership with Discovery, a dynamic, fast-paced, television-friendly circuit will reach a new audience of track cycling fans.

A condensed, six-round race schedule designed to give track cycling a clear space in the wider cycling calendar, visibility beyond the World Championships and maximum fan engagement:

The multisport Cido Arena opened in 2008 and is the only Olympic standard velodrome in the Baltic States. The 4230-capacity stadium hosted the 2012 UEC European Track Cycling Championships.

The award-winning Lee Valley VeloPark was constructed for the 2012 London Olympic Games and is renowned for its iconic curved roof design. As well as the Olympics, the venue hosted the UCI Track Cycling World Championships in 2016 and the successful UCI Hour Record attempt by Sir Bradley Wiggins in 2015.

The brand new venue is the most advanced cycling facility in the Middle East, funded by Sylvan Adams as part of his vision to nurture homegrown cycling champions in Israel. The venue will host the 2022 UCI Junior Track Cycling World Championships.

The 36 male and 36 female riders competing for victory in the League’s Sprint and Endurance categories will be motivated by a prize pot totaling more than €500,000. Furthermore, the allocation of prize money will be equal for both male and female riders as part of the League’s commitment to gender equality in the sport, and in line with the UCI’s equal prize money policy across all its events.

Prize money will be awarded for places 1-10 in every race throughout the series, with race winners receiving €1,000. The overall winner of each category will also receive €25,000, with prize money allocated for each place in the overall standings.