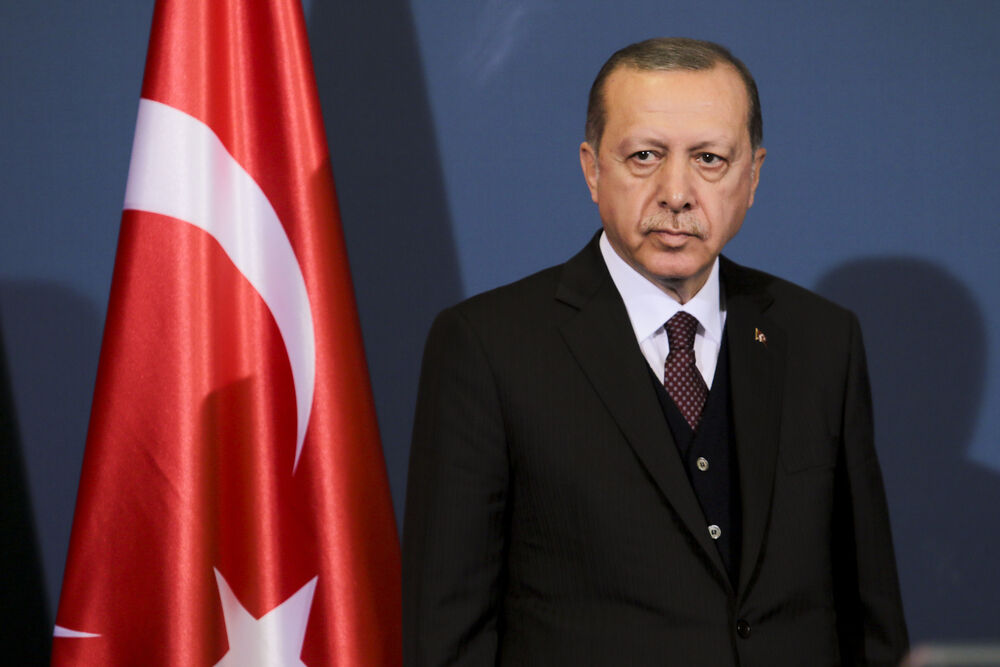 “From Ankara’s side, while strategic imperatives have long been pushing Turkey to mend its ties with Israel, bashing Israel has become instrumental in mobilizing the constituency at the domestic level,” said Selin Nasi.

Turkish President Recep Tayyip Erdoğan has again sought to warm ties with Israel, yet the regime’s Islamist ideology and hostility to the Jewish state make any improvement of relations extremely unlikely.

Erdoğan called Israel’s new President Isaac Herzog in July after years of tense relations and the country’s support for the terrorist group Hamas, in addition to harsh rhetoric against Israel and its policies towards the Palestinians. The countries expelled each other’s ambassadors in 2018 after clashes at the border with Gaza. In 2020, Israel accused Turkey of giving passports to members of the terrorist group Hamas in Istanbul.

Selin Nasi, London representative of the Ankara Policy Center, told JNS that in the wake of the latest round of violence between Israel and Hamas, Turkey withdrew its invitation to Israel’s former Energy Minister Yuval Steinitz. Erdoğan also called Israel a “terrorist state” again over clashes this spring at the Al-Aqsa mosque in Jerusalem.

But the recent phone call between the two leaders is promising, she said. Erdoğan and Herzog underlined potential areas for cooperation that indicate a willingness on both sides to improve bilateral relations.

In December last year, Erdoğan made a gesture at improving ties calling for better relations with Israel in what experts said was part of a larger attempt to improve relations with a new U.S. government led by President-elect Joe Biden and break out of its regional isolation.

Now it appears that the move is meant to improve the country’s strategic position, including trying to counter growing energy cooperation in the Mediterranean between Israel, Greece, Cyprus, Egypt and Italy.

In a sign that Israel is not budging from its alliance with these countries, Israeli Prime Minister Naftali Bennett met with Cypriot Foreign Minister Nikos Christodoulides in Jerusalem on Tuesday following the leader’s meeting with Israeli Foreign Minister Yair Lapid on Monday.

Lapid expressed concern for “unilateral Turkish actions and statements regarding the status of Varosha.” He also made it clear that Israel stands with Cyprus on the issue. Turkey announced on July 20 that it wants to develop Varosha, the southern quarter of the Cypriot city of Famagusta.

Nasi said that “Ankara acknowledges the fact that its regional competitors such as Greece, Egypt and the United Arab Emirates benefited the most from the deterioration of relations between Turkey and Israel since 2010.”

Furthermore, she said, “Ankara is aware that it can play a more constructive role in providing concrete support to the Palestinians when it maintains cordial ties with Israel.”

Nasi assessed that it is for these reasons that Erdoğan may have contacted his Israeli counterpart. However, she continued, Ankara has yet to congratulate Bennett.

So far, Turkey’s overtures have been met with caution and skepticism in Israel even though its officials respond to these gestures in a pragmatic matter, not closing the door to negotiations.

‘Trying to present itself as a useful ally’

Hay Eytan Cohen Yanarocak, an expert on Turkey at the Moshe Dayan Center at Tel Aviv University and the Jerusalem Institute for Strategy and Security, said that “unless it is backed with tangible steps—like putting an end to Ankara’s support to Hamas—the realization of a genuine normalization will not be achieved.”

“Erdoğan’s call to Herzog was an important but incomplete effort at improving ties, and a presidential summit between the two may seem to be the most creative way to move forward.”

An unnamed Turkish official told Israel Hayom that the country “has been working for a considerable time to take a meaningful role in promoting a prisoner exchange between Israel and Hamas.” This backs up a recent Arab report that Israel notified the Egyptian mediators that it would allow Turkey to negotiate a prisoner swap with Hamas.

As for Turkey’s offer to mediate between Hamas and Israel, Nasi observed that “what bothers Israel most is not the fact that Turkey champions the Palestinian cause, but it allows Hamas to carry out terrorist activities against Israel from Turkish territory.”

“By offering mediation, Turkey is trying to present itself as a useful ally to Israel while also trying to regain lost ground to its competitors in regional diplomacy,” she said.

The prospects for the normalization efforts depend on whether Ankara is willing to recalibrate its ties with the Muslim Brotherhood and Hamas, she assessed. “However, the reconciliation process requires the restoration of trust. The lack of normalization between Turkey and Israel has further deepened mistrust between the two countries over the years.”

From Israel’s geopolitical perspective, Turkey is not an indispensable partner and has other alliances to rely on.

“From Ankara’s side, while strategic imperatives have long been pushing Turkey to mend its ties with Israel, bashing Israel has become instrumental in mobilizing the constituency at the domestic level,” said Nasi.

Therefore, she said that even if Turkey made any concessions on its relationship with Hamas, it would do so while trying to appear not to have done so.

“That explains why Erdoğan preferred to reach out to the Israeli president,” she added.