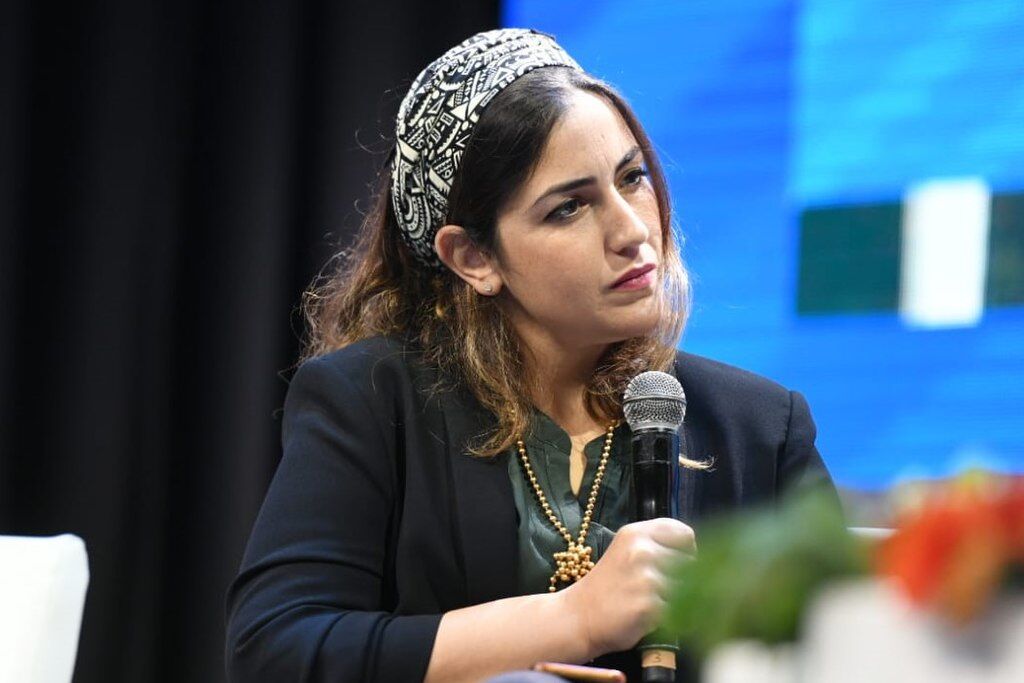 Israel’s Channel 11, a publicly supported station, found itself the story when a guest reporter slammed it on live TV for overrereporting an incident of Jewish terror as the country contends with an ocean of Arab violence inside and out.

On Wednesday night, Shirit Avitan Cohen, reporter for Globes, blasted the channel’s regulars for what she said was an overemphasis on an attack by a Jewish mob on an Arab man in Bat Yam.

The attack on the man took place Wednesday night. Jewish protesters had gathered in one of the city’s major thoroughfares. A car identified as belonging to an Arab driver was targeted. He floored the car into reverse to escape, hitting another car. Then he drove full speed ahead, scattering Jewish demonstrators, until he smashed into another car.

The mob pulled him from his vehicle and beat him unconscious. He was evacuated to a hospital where he is listed in moderate to serious condition.

The admittedly shocking attack was broadcast live as a Channel 11 TV crew happened to be at the scene. Perhaps because Jews attacking Arabs is more unusual than the other way around, especially in the last weeks as Arabs have run rampant in Jerusalem and other cities, including Lod, where they have turned on their Jewish neighbors, the Jewish “lynch” received wall-to-wall coverage.

However, at some point that coverage crossed a line for Cohen. In a scene one doesn’t often see on broadcast news, she turned on her fellow journalists, lashing out at the panel. Fighting back tears, she condemned their coverage.

The fact that Cohen lives in Sderot contributed to her disgust. The southern Israeli city has endured rocket attacks since Monday, and for years prior given its proximity to the Gaza Strip.

She told the panel: “I have sat here for nearly two hours… you broadcast the lynch, which really was shocking and deserving of all condemnation, and it’s forbidden that such violence should be carried out at the hands of Jews… but you have simply lost proportion. Friends of mine in Sderot haven’t left their safe rooms in two days with little children and you broadcast one solitary lynch above everything.”

“What’s happening to you? You’ve lost the basic sympathy for our people. I’m simply embarrassed to be sitting here in this studio. I’m not capable of sitting here,” Cohen said, starting to get up.

Below is a clip of her appearance (in Hebrew).

The same day that the Arab was beaten, a Jewish teacher was beaten nearly to death by Arabs in Acre. He remains intubated and sedated after undergoing an operation for a head injury. Also, a 6-year-old Jewish boy was killed by shrapnel in Sderot.

Lending some credence to media bias on the part of some reporters, Yehuda Shlezinger, a columnist for Israel Hayom noted in a tweet that Israeli reporter Barak Ravid, who writes for Axios and Walla News, had not tweeted about any of the “lynchings” carried out by Arabs, but only the lynch by Jews in Bat Yam.

“Not on the lynching in Jerusalem.

“Not on the lynching in the village of Cana.

“Not on the lynching in Acre.

“Not on the lynching in Tamra.

“Not about the late soldier Omar Tabib.

“Not about the late 6-year-old Ido.

“Barak Ravid tweeted only about the lynching in Bat Yam.

In Hebrew and English.”