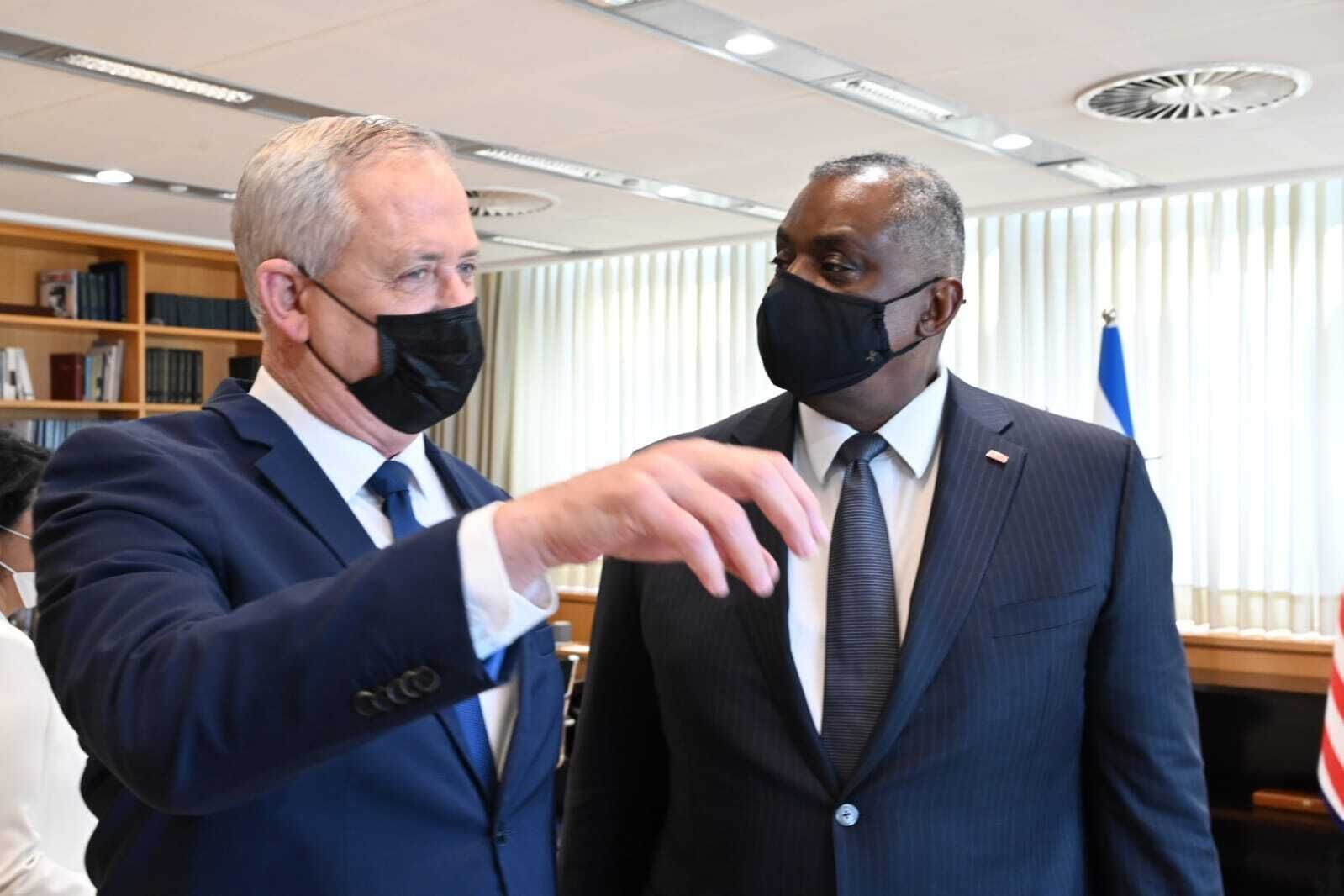 After meeting with Israeli Defense Minister Benny Gantz, Lloyd Austin says he is “tremendously pleased” with discussions on security issues important to both countries.

U.S. Secretary of Defense Lloyd Austin touched down in Israel on Sunday for his first official visit to the country. The visit comes in the shadow of growing military tensions between Israel and Iran, and amid attempts by Washington to engage Tehran in negotiations over its nuclear program.

At a joint press conference following a meeting with Israeli Defense Minister Benny Gantz, Austin said, “I am tremendously pleased with our discussions on a number of security issues which are important to our two countries, and I wanted to convey the Biden-Harris administration’s strong commitment to Israel.”

He described the alliance with Israel as “central to stability and security in the Middle East,” pledging to work with Israel on its long-term planning with regard to defense acquisitions,

Gantz hailed the partnership between the United States and Israeli defense establishments, which he said “is based not only on strategic interests but also on shared values, history and personal relationships.”

Addressing the International Criminal Court’s recent decision to launch an investigation against the Israeli Defense Forces for alleged war crimes, Gantz said it would not prevent the IDF from doing its duty.

“To our enemies trying to use our own morality against us and to the cynical attempt to abuse the ICC, I say that they will not succeed in preventing us from fulfilling our duty. We will never neglect our moral obligation to defend human lives and to remain humane as we do so.”

Israel, he added, would continue to work with the United States to thwart the Iranian threat.

“The regime in Tehran today presents a strategic threat to international security, to the entire Middle East and to the State of Israel. We will continue to work with our American allies to ensure that any new agreement with Iran will secure the vital interests of the world, the United States, prevent a dangerous arms race in the region and defend the State of Israel,” he said.