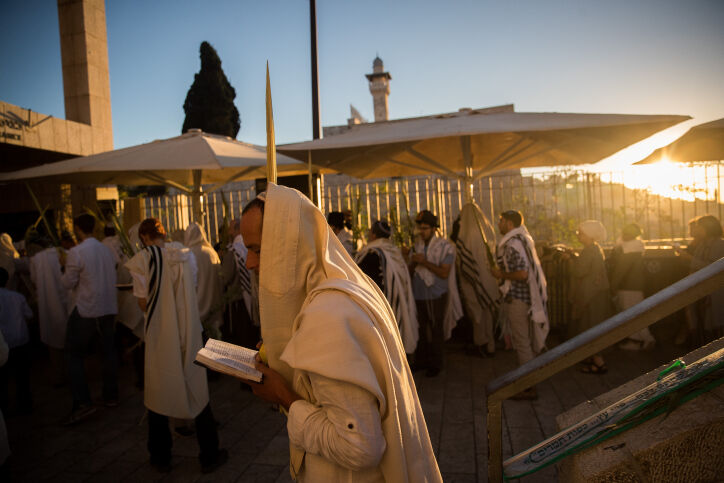 Israel Hayom via JNS
By Hanan Greenwood and Nadav Shragai

“We have shown that the Protection of Holy Places Law also applies to Jews,” says Rabbi Aryeh Lippo, who appealed the police ban on his visits to the holy site.

Jerusalem Magistrates Court Judge Bilha Yahalom ruled on Wednesday that the silent prayer of Jews on the Temple Mount is allowed, saying it cannot be deemed a “criminal act.”

The ruling was the first by an Israeli court to support Jewish prayer at the site, the holiest in Judaism. The Temple Mount complex also houses the Al-Aqsa Mosque—the third-holiest site for Muslims—making it the most volatile spot in Jerusalem.

Seeking to maintain the fragile status quo in the capital, Jews are barred from prayer there.

Still, the practice of “silent prayer,” devoid of any overt markings of a religious ceremony, such as tallit and tefillin, has been taking place almost daily in the eastern part of the complex, with the consent of the police, albeit informally.

Judge Yahalom issued her ruling in an appeal by Rabbi Aryeh Lippo against a police ban on his visits to the flashpoint site.

Lippo’s daily arrival at the Temple Mount “indicates that this is a matter of principle and substance for him,” the Yahalom said, adding that footage of his prayer indicated that he was not in violation of current guidelines on the Temple Mount.

“We have shown that the Protection of Holy Places Law also applies to Jews, and the most sacred place for the people of Israel on the Temple Mount,” Lippo said, referring to the legislation ensuring freedom of worship for all religions in holy sites across Israel. “The police also wished me luck because we all understand that it is time to fulfill the dream of the generations and serve God in Zion without fear.”

A group calling itself the “Headquarters of the Temple Organizations” welcomed of the ruling, “which recognizes the positive process going on at the Temple Mount.”

Right-wing lawyer Moshe Polsky said, “We welcome the court’s decision, which effectively upholds what has actually been happening on the Temple Mount over the past year, and is a de facto statement for Jews who visit the Temple Mount and want to pray,” he told local media.

Caption: Jewish men pray at the entrance to the Temple Mount complex in Jerusalem on the holiday of Hoshana Raba, Oct. 11, 2017.
Photo by Yonatan Sindel/Flash90.