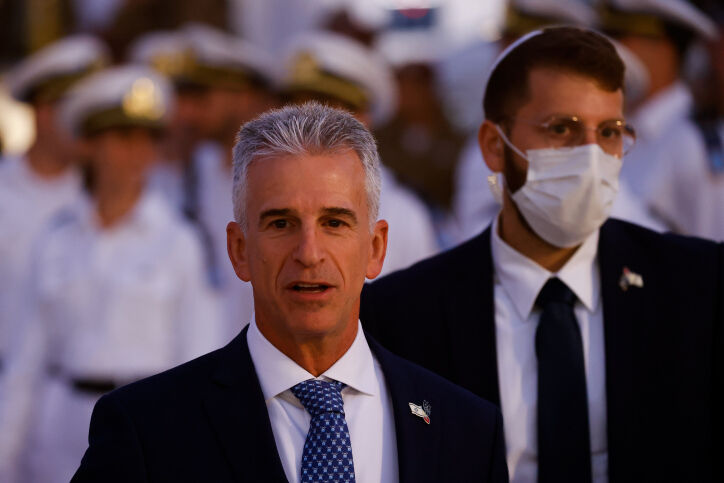 The U.K. intelligence agency last week said it had identified at least 10 potential Iranian threats to kill or kidnap British and UK-based individuals since January.

It was Israel that tipped off the United Kingdom’s MI5 domestic intelligence agency regarding Iranian terrorist threats to British citizens and residents, Kan 11 reported on Monday.

Journalists were among the prime intended targets of Iranian attack plots, according to the report.

On Nov. 16, MI5 Director Gen. Ken McCallum stated during an annual threat update at his agency’s London headquarters that “Iran projects threat to the UK directly, through its aggressive intelligence services.”

This threat “includes ambitions to kidnap or even kill British or U.K.-based individuals perceived as enemies of the regime,” he said, adding, “We have seen at least 10 such potential threats since January alone. We work at pace with domestic and international partners to disrupt this completely unacceptable activity.”

McCallum continued: “The Foreign Secretary made clear to the Iranian regime just last week that the U.K. will not tolerate intimidation or threats to life towards journalists, or any individual, living in the U.K.”

Also on Monday, Maj. Gen. Aharon Haliva, head of the Israel Defense Force’s Military Intelligence Directorate, warned that internal and external pressure on the Iranian regime will cause it to become more aggressive.

The international community must expect more aggressive actions by Iran in the region and around the world, he said.

“I tell you that the Iranians are considering now harming the World Cup in Qatar as well. They are concerned by the Qatari response,” said Haliva.

“The decision by the international community regarding this will be a large drama. The only state acting in the face of Iranian aggression is Israel. What the government here will decide based on the recommendations—that is not my role to assess,” he said.

Haliva said that Iran will demand reciprocal moves from Russia in exchange for the assistance the Islamic Republic has granted Moscow in the form of sales of unmanned aerial vehicles, and, according to reports, missiles. The reciprocal moves could take the form of financial assistance, but also, intelligence and weapons, he said. At the same time, Haliva said, he did not identify Russian intervention in Israel’s freedom of action in Syria.

Caption: Mossad chief David Barnea attends a ceremony marking Remembrance Day for Israel's fallen soldiers and victims of terror, at the Western Wall in Jerusalem's Old City, on May 3, 2022.
Photo by Olivier Fitoussi/Flash90.