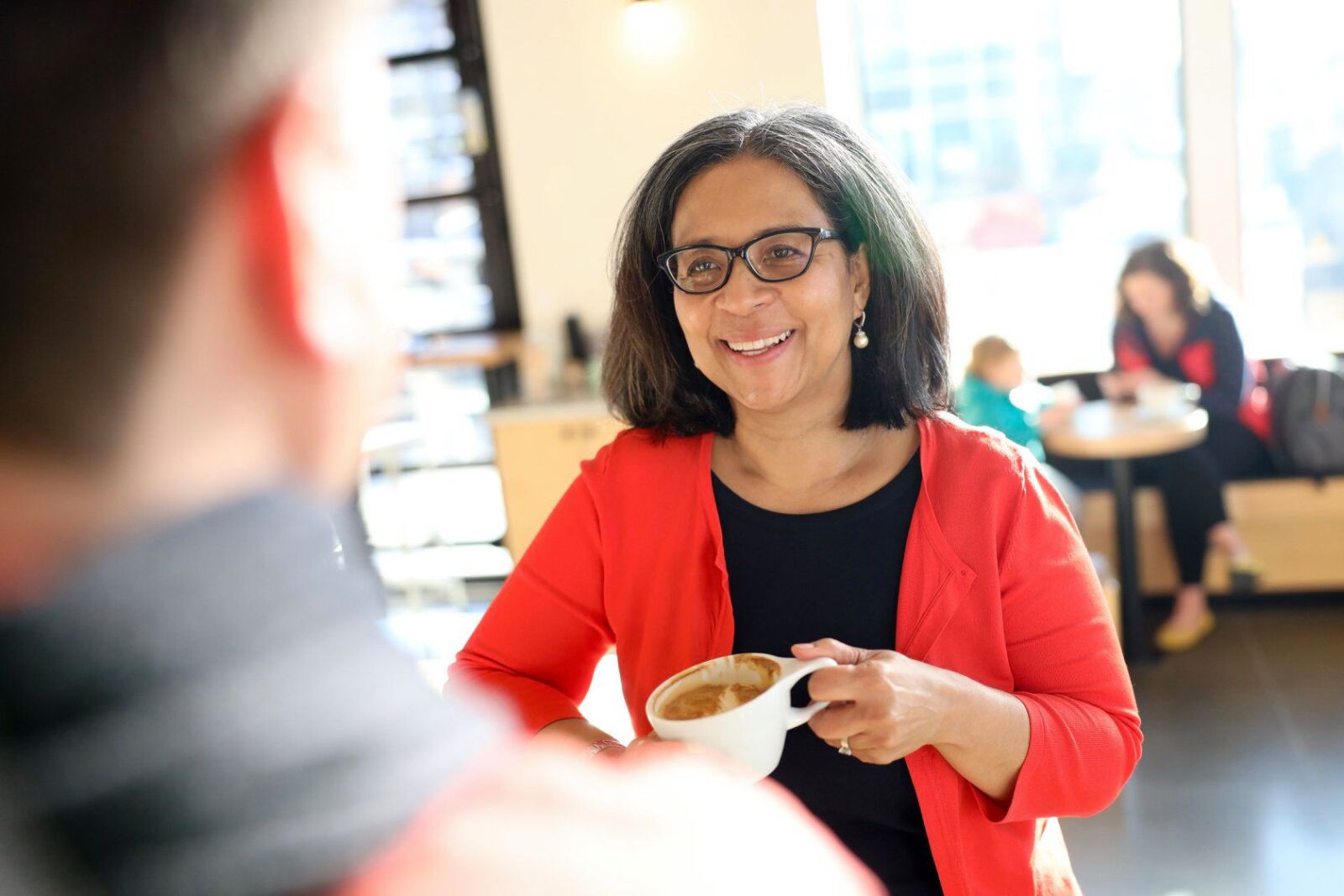 The first black U.S. representative elected from the Pacific Northwest—and one of the first Korean American women elected to Congress—notes that the Abraham Accords are “good for democracy” and “good for economies.”

Strickland, 58, who is married with two stepdaughters, was born in the South Korean capital, Seoul, in 1962 and moved with her family to Tacoma five years later. Before serving as mayor from 2010 to 2018, she served as a member of the Tacoma City Council for two years. Prior to entering public service, she was a businesswoman, working a few jobs.

With her victory, Strickland became the first black U.S. representative elected from the Pacific Northwest. She also became one of the first Korean American women elected to Congress, joining Young Kim and Michelle Steel, both California Republicans.

In an interview with JNS last month, Strickland said that “when you decide to run for office, you don’t do it solely because you’re making history.” Nonetheless, “making history in Congress is an honor. You are always honored to be the first, but you never want to be the last.”

Strickland said she doesn’t know Steel and Kim well, but, along with two other Korean-Americans who ran for Congress, has been on Zoom calls with them and with Korean organizations. These events, said Strickland, demonstrated “that even though we may have different political views, we still share pride in our heritage and our culture, and we want Korean Americans here at home to do well and also are interested in what’s happening on the Peninsula as well and making sure that the U.S.-Korea ties stay strong.”

Both records for Strickland came as a record number of women were elected to the 117th Congress, which was sworn in on Jan. 3.

“It’s about time,” she said, referring to that record. “The more women decide to step up and run for office, the better for democracy and the better for decision-making. They’ll have a long way to go because I believe that at most levels of government—whether it’s local, state or federal—we still have work to do, but it’s a good thing when more voices are at the table. Not just more women, but a record number of women of color who are in Congress now as well. That’s good for democracy.”

Strickland added, “I believe that having a presence and bringing my culture, my history, my heritage will help us all make better decisions. It’s exciting, but at the same time, the issues that we face as a nation—the pandemic, economic crisis and dealing with some of these issues around racial injustice—affect all of us. I’ve received a lot of press interviews from the media in South Korea, so clearly, my campaign has been resonating both here locally and across the ocean as well.”

JNS talked with Strickland by phone on Dec. 17. The interview has been edited for brevity and clarity.

Q: What’s your overall stance on the U.S.-Israel relationship?

A: It is a longstanding relationship that is very important to both nations. We want to ensure peace and prosperity in the Mideast, and Israel is the one democracy there, so we definitely both have interests in maintaining a strong partnership and advancing the goals of peace, democracy, free speech and the rule of law.

Q: What role do you see Israel playing in your district?

A: My district is interesting. We do have a Jewish community here, and I would say that the Jewish community does have a strong voice in everything related to the U.S.-Israel relationship. You have a community in Olympia, the state capital, which is part of my district, and they are very interested in the sanctuary movement to protect [illegal] immigrants. Definitely not a monolith, but very active politically and definitely interested in what I will do in Washington, D.C.

A: I’ve never been, and I look forward to the opportunity to visit.

Q: What has your reaction been to the Abraham Accords?

Q: What has your reaction been to the tough U.S. posture towards Iran?

A: Unfortunately, Iran represents a political global threat to stability and is a threat to Israel. It’s a threat to that part of the world. Unfortunately, any approach to dealing with people is always diplomacy as a default position. At the same time, we have to make sure that Iran does not develop nuclear-breakout capability, and just doing what we can in alliances to make sure that they do not have nuclear capabilities that impose big danger to that part of the world and [contributes to] global instability.

A: At the time when it was brokered, it was a good deal. But I think every time you have a deal and someone withdraws from it, you have a chance to take a look at it and think about how you would strengthen it and make it better. I’ve had a lot of conversations about how you use sanctions, how you leverage them, and the desire to have peace and prosperity in trying to keep nuclear weapons out of the hands of Iran.

Q: So you initially supported the deal and then changed your opinion on it?

A: I supported it. The Trump administration made the decision to withdraw from it. As we look at the Biden administration and what we need to do, there’s a chance to re-enter it. But again, anytime you are in a deal and out of it, you have a chance to ask yourself why did one administration support it and another one decide to withdraw, and how can you make it better to get the desired outcome we all want, which is peace, stability and having Iran not be a nuclear threat.

Q: What is your stance on conditioning U.S. assistance to Israel on Israel not applying sovereignty to the West Bank?

A: BDS is something that I don’t support; it is a threat to the stability of Israel, and it really paints a biased picture of Israeli life. When you talk to people or you meet people, we’re just regular folks who want to live our lives in peace and have access to prosperity. For me, I don’t support the BDS movement, and I don’t support conditional support to Israel because they’re one of our strongest allies.