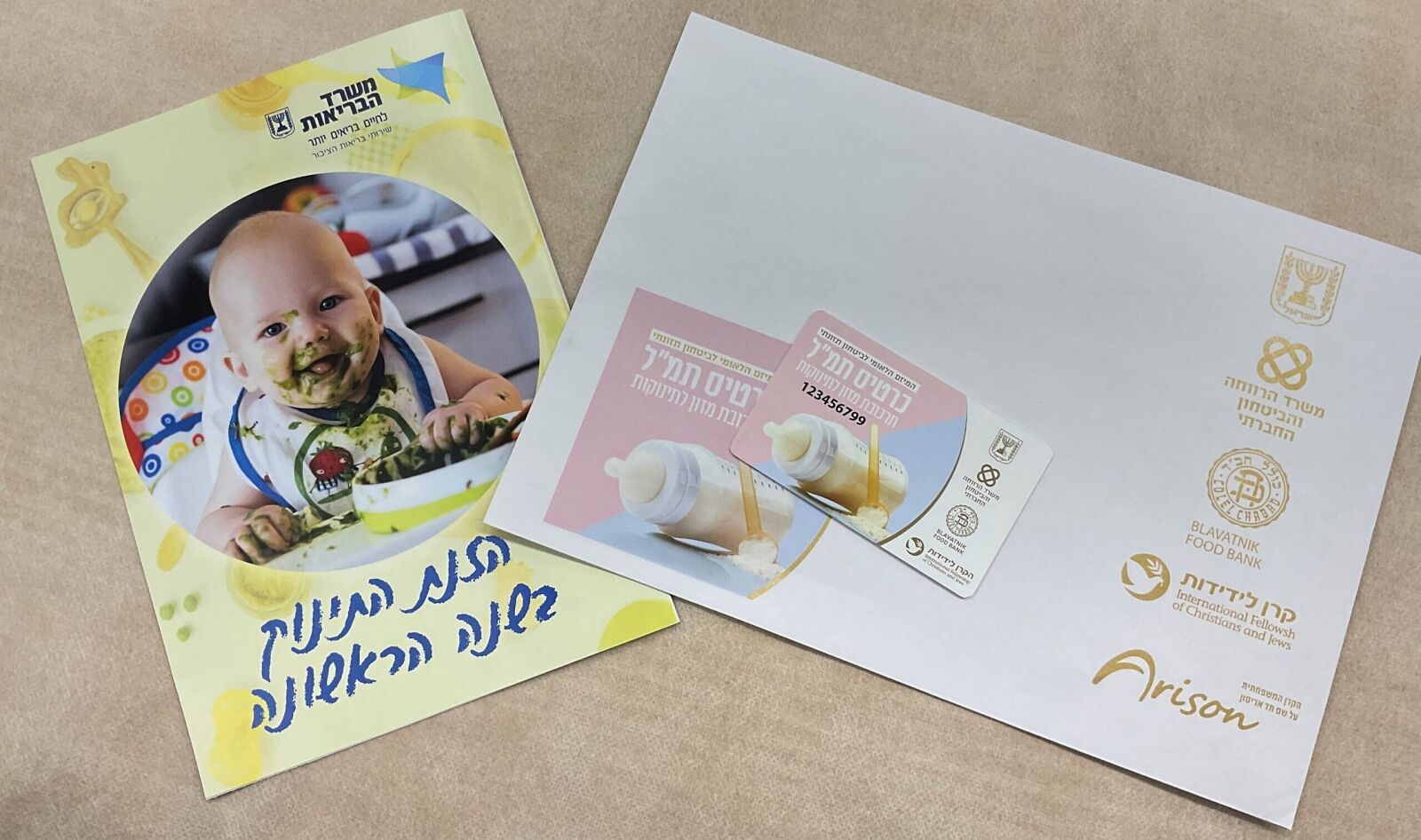 It will start with 3,150 families, acknowledging that formula is one of the most shoplifted items in the Jewish state.

Even as the global supply and prices of infant formula have begun stabilizing, for thousands of Israeli families, the cost of the critical nutritional staple remains overwhelming. In response, the National Food Security Initiative, funded by the Israel Ministry of Welfare and Social Affairs and Colel Chabad, has recently launched an initiative to deliver baby formula to the homes of families in need.

The newly launched phase of the initiative, starting with 3,150 families, was announced at a meeting in Jerusalem on Sunday hosted by Welfare Minister Meir Cohen together with Rabbi Mendy Blau, Israel director of Colel Chabad, and representatives from the city of Jerusalem’s welfare division. According to data presented at the meeting, baby formula is one of the most commonly shoplifted items, reflecting the desperation parents see to obtain an item critical for their children’s very survival.

Colel Chabad—Israel’s longest continuously-running charity founded in 1788—will see to the distribution of no less than 180,000 containers of infant formula, with each family receiving five packages of 700 grams each month.

Participating families will be able to call a hotline or go online to request support for the type of formula they use, with the containers delivered to their homes within three working days.

Cohen saluted the partnership between the government, Colel Chabad, the IFCJ, the Blavatnik Food Bank and the Arison Foundation, describing it as the fulfillment of a “social contract.”

“To witness the pain of young mothers who are trying their utmost to care for their families but continue to face daily challenges to simply feed their children reminds us of how we are obligated as a nation to provide our citizens with a safety net in difficult times,” he said. “If we aren’t able to provide for the needy members of our society, then we won’t be able to thrive and grow as a country.”

Rabbi Shalom Duchman, director of Colel Chabad, said “our goal all these years has been to identify areas where there is a particular need that might otherwise be overlooked and be there to respond. To identify even a small percentage of the population that needs a very basic need. That’s what this program is about. To think that otherwise honest and law-abiding parents are being forced to steal to feed their children is something that can’t exist in our modern society.”

Caption: Israel's National Food Security Initiative, funded by the Ministry of Welfare and Social Affairs and Colel Chabad, has recently launched an initiative to deliver baby formula to the homes of families in need, August 2022.
Credit: Courtesy.