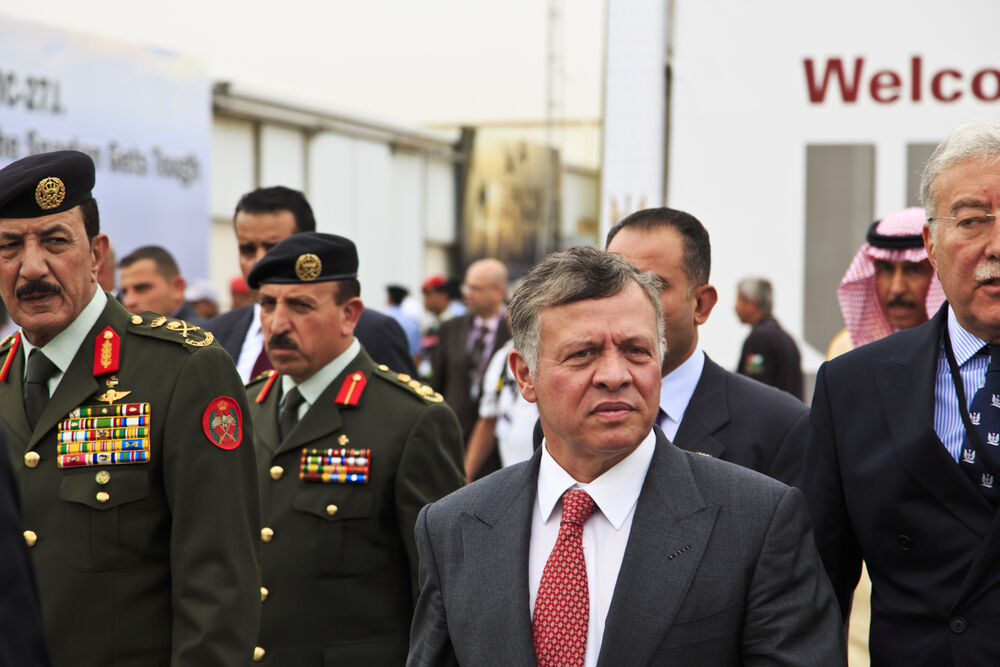 King Abdullah noted that “Iranian ballistic technology has improved dramatically. We have seen that against American bases in Iraq.”

Jordanian King Abdullah said that his country has been attacked by drones with an “Iranian signature” in the past year.

The Jordanian leader made the revelation during an interview, “On GPS King Abdullah II of Jordan” with CNN’s Fareed Zakaria, which aired on Sunday.

U.S. President Joe Biden met with Jordan’s King Abdullah last week amid concerns that Iran is gaining strategic ground in the Gulf area and Jordan as the United States pulls back from the region. Experts have observed that Jordan has recently warmed relations with Iran in order to help it deal with a range of domestic crises that includes what the government claims were a plot to destabilize the regime.

Hillel Frisch, a Middle East expert at the BESA Center and a professor at Bar-Ilan University in Ramat Gan, told JNS that it appears, in retrospect, that the king “warmed temporarily to the Iranians as a means of getting more support from the United States and the West—an old ploy frequently employed by his father [King] Hussein.”

It comes as the United States is closing military bases in Qatar, and transferring weapons and supplies to Jordan, according to a report by the American military publication based in the Pentagon, Stars and Stripes.

In addition, a defense pact signed in March between Jordan and the United States seemed to boost the stability of Jordan, which is surrounded by violence and instability in Syria, Iraq and the Palestinian territories in the West Bank.

Abdullah also said in the interview that the Iranian nuclear program “affects Israel as it does the Gulf.”

He added that Iranian “ballistic technology has improved dramatically. We have seen that unfortunately against American bases in Iraq.”

He also pointed out that missiles are being fired from Yemen at Saudi Arabia and targeting other countries in the region. “Israel from Syria and Lebanon to an extent, and what misses Israel sometimes lands in Jordan,” he said.

Caption: Abdullah II of Jordan at SOFEX conference opening in Amman, May 6, 2014. Credit: Ahmad A. Atwah/Shutterstock.