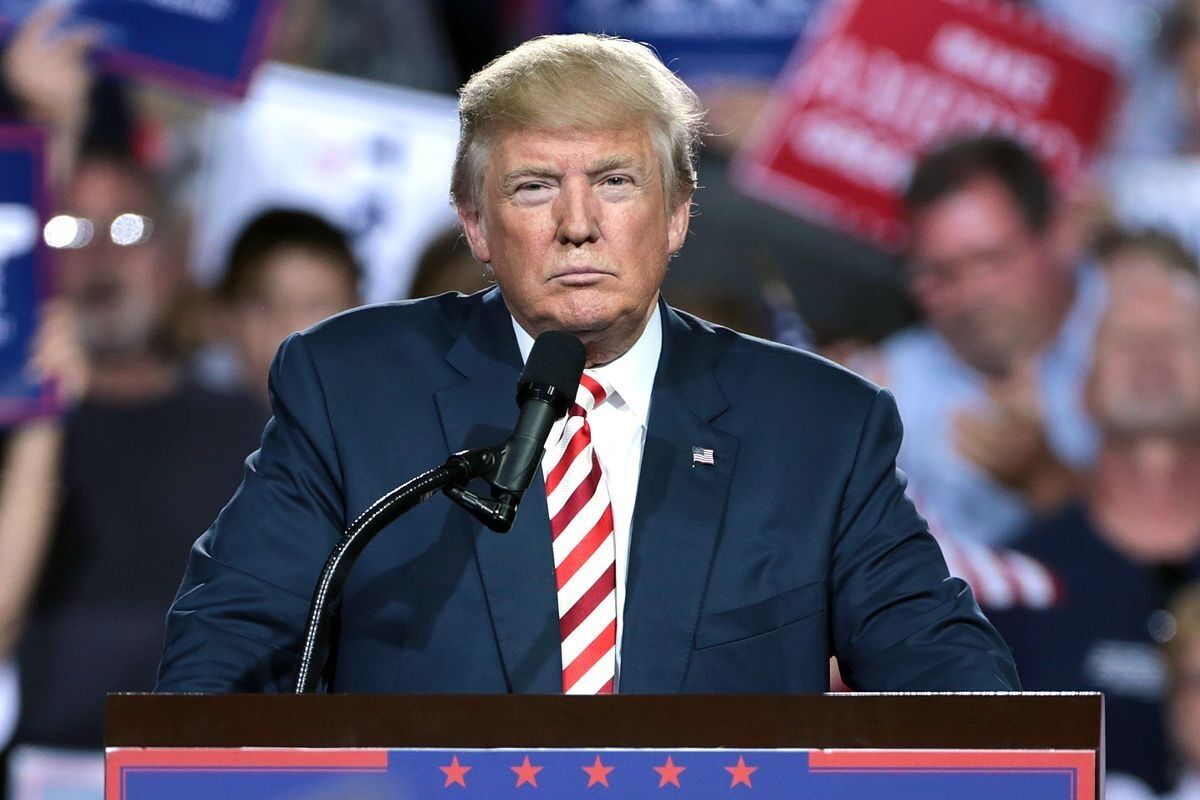 President Donald Trump warned Monday that any attack by Iran will be met with a much greater counterattack, following a report that Iran is plotting to assassinate a U.S. ambassador.

“According to press reports, Iran may be planning an assassination, or other attack, against the United States in retaliation for the killing of terrorist leader Soleimani, which was carried out for his planning a future attack, murdering U.S. troops, and the death and suffering caused over so many years,” Trump tweeted late Monday.

“Any attack by Iran, in any form, against the United States will be met with an attack on Iran that will be 1,000 times greater in magnitude!” he said. 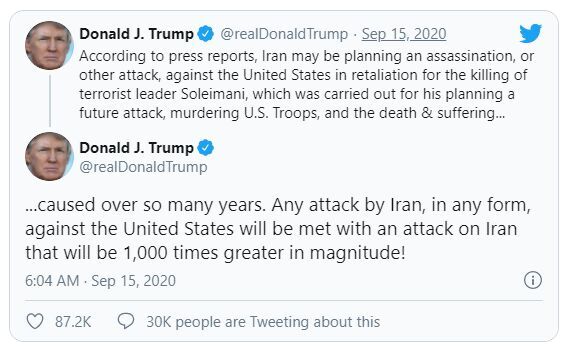 The statement comes the day after Politico reported that
Iran is plotting to assassinate U.S. Ambassador to South Africa Lana Marks.

One of the reasons proposed for Marks being singled out by Iran is that she is a close friend of the president.

“We advise the American officials to stop resorting to hackneyed and worn-out methods for anti-Iran propaganda in the international arena,” Khatibzadeh said in a statement on Monday.

“It was predictable that the United States regime would resort to anti-Iran accusations and falsification ahead of the U.S. presidential election,” he said.

Khatibzadeh concluded the statement by calling the January killing of General Qassem Soleimani “cowardly” and said that Iran “will neither forgive nor forget the act of terrorism.”

He did say, however, “The Islamic Republic of Iran is engaged in assassination efforts all across the world.”

“We take these kinds of allegations seriously,” Pompeo said.

Will the Delta variant spoil the High Holiday comeback?

Casualties in the 2021 Gaza War: How many and who were they?