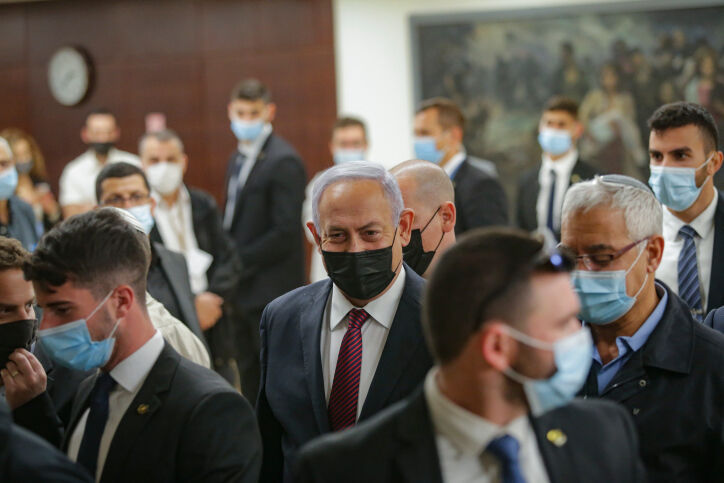 The Israeli Knesset passed a preliminary bill to dissolve the government, paving the way for a fourth round of elections within the last two years.

The bill, which passed with 61 lawmakers voting in favor and 54 against, came as Defense Minister Benny Gantz and his Blue and White Party broke with its coalition partners, including Israeli Prime Minister Benjamin Netanyahu’s Likud Party, and voted in favor of the measure.

Opposition Leader Yair Lapid, who proposed the measure, posted on Twitter that “the dissolution of the Knesset is not a victory, it’s the first step towards a different government, which will deal with the coronavirus and the economy and won’t cause Israelis to hate each other.”

Despite the vote on Wednesday, it still remains unclear if the Knesset will head to elections or if the move by Gantz is a warning to Netanyahu. The measure must still go through committee and pass three more readings in the Knesset for new elections, which would likely come next spring or summer.

On Tuesday night, Gantz announced his intention to side with the opposition and vote in favor of dissolving the Knesset.

Gantz accused Netanyahu of undermining the unity government that both Likud, and Blue and White, had formed earlier this year, which includes a power-sharing agreement that would theoretically make Gantz prime minister starting November 2021.

“I entered this government with a heavy heart but without qualms; I did this after I could not form a government based on my values and worldviews in the wake of three election campaigns, and under the threat of coronavirus that has put our health and the future of our children and the livelihood of so many Israelis in jeopardy,” said Gantz.

In particular, he accused Netanyahu of reneging on the coalition deal by refusing to pass a two-year budget that would ensure a rotating premiership. If a budget is not passed by its deadline later this month, the government would also dissolve, paving the way for elections as well.

In a press briefing after the vote, Netanyahu said that the Israeli people “want unity, not elections. They want vaccines, not election broadcasts.”

“We need to put politics aside, there’s enough time for politics,” adds Netanyahu. “Benny Gantz needs to slam on the brakes” and not drag the country to elections, he added.

Caption: Israeli Prime Minister Benjamin Netanyahu during a vote on a bill to dissolve the Knesset, Dec. 2, 2020.
Photo by Alex Kolomoisky/POOL.