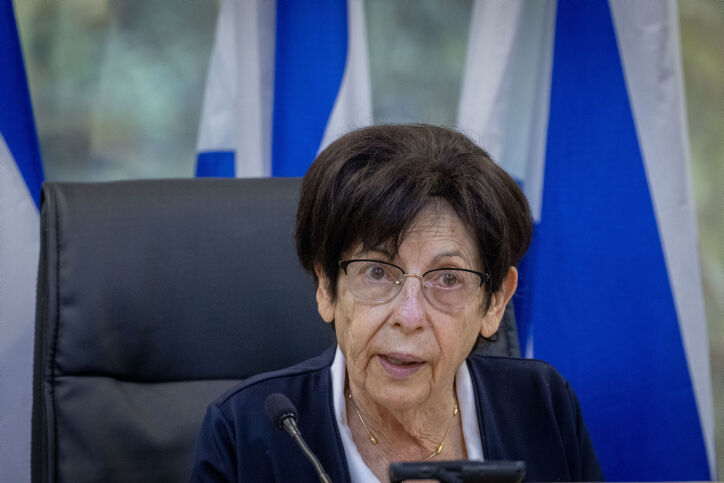 Israel Hayom via JNS
By Yair Altman and Assaf Golan

The Jerusalem-born justice was head of the committee investigating the Mount Meron stampede and a member of the panel of judges that convicted Shas leader Aryeh Deri.

Former president of Israel’s Supreme Court, Justice (ret.) Miriam Naor, passed away on Monday at the age of 74.

Naor was appointed head of the committee charged with probing the Mount Meron stampede last autumn.

Naor was born on Oct. 26, 1947 in Jerusalem. She attended high school in the city and served in the Israel Defense Forces as a teacher in Kiryat Gat. She was discharged in 1967, after which she began studying law at the Hebrew University of Jerusalem.

After an internship with former Supreme Court Justice Moshe Landau, Naor began a career in the State Attorney’s Office, where she specialized in petitions to the High Court of Justice. She was later appointed deputy State attorney, while teaching law at the Hebrew University.

Naor was first appointed to the bench at the Jerusalem Magistrate’s Court in 1980. In 1989, she was promoted to district court judge, and was a member of the panel of judges that convicted Shas leader Aryeh Deri on criminal charges.

Must Sell ! Single-family villa in Ramot Jerusalem. closing by..

Vacation Rental on Border of Baka