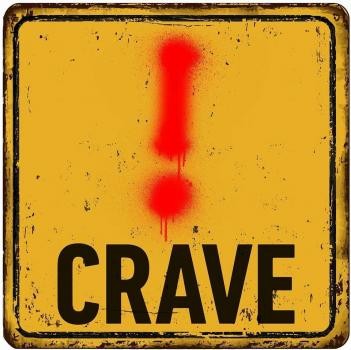 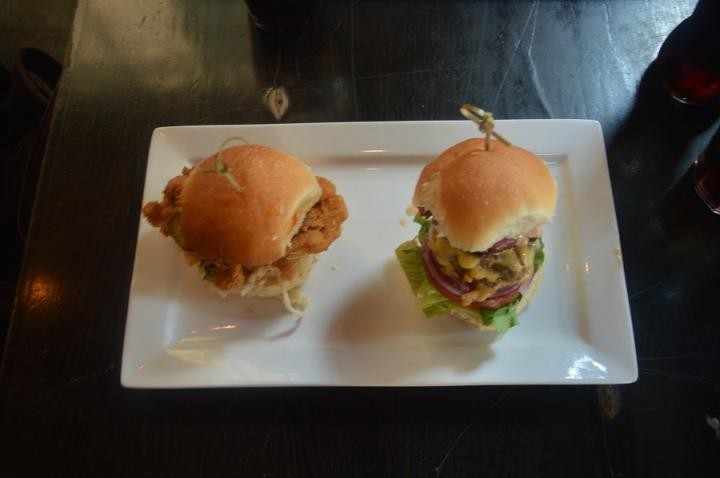 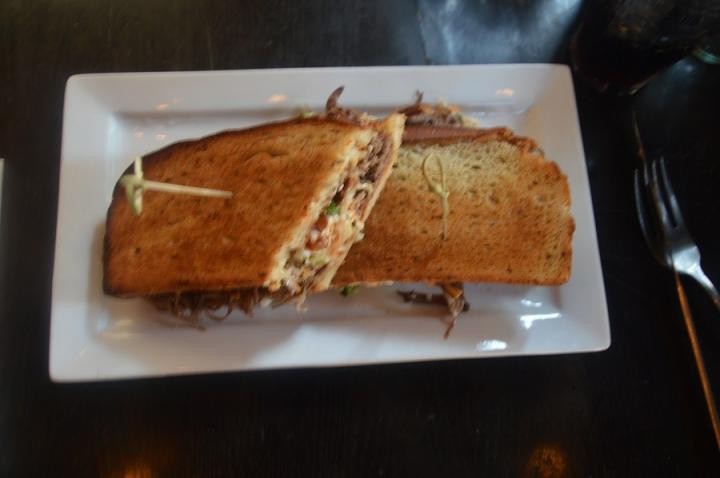 We all know what "to crave" means--to yearn for, to have a strong or inward desire for something, to want greatly.
When Tzvi Maller, formerly of Los Angeles, decided to open a restaurant o Jerusalem, a chef was testing food. The chef made a Baha fish taco for him and another owner to taste. When the other person awoke the next morning, he was saying, he "craved" it.

That's how Crave got its name, explained our host, the manager, Nachum Aranov.

Aranov made aliyah in 2005 from Queens, New York. In 2012 he began working in the food field--bar tender, waiter and other areas.  He became manager of Crave in 2015.
To get to Crave if you come from Agrippas, by the Shuk, walk down to Shikma Street. Follow Shikma to the corner and you'll run into Crave with tables and chairs outside. Inside the long room is a bar and serving station in the middle and the kitchen is behind. Over the bar hang shelves with drinks, glasses and wine bottles. There are 10 bar stools around the bar.

On the left side are high tables with 12 more bar stools and a shelf table at the window has more bar stools. Large windows look outside where there is outdoor seating. The front and other side of the restaurant have dark wood tables and chairs seating 17.
When my daughter and I had lunch at Crave, I figured they had a philosophy and Nachum says yes, "everybody's welcome at Crave for good people and good food and pure love. The service is great, and the wait staff  get fair pay so there is no tipping." (This is based on the thinking of Daniel Meyer, a New York city restauranteur with more than 20 restaurants operated under the Union Square Hospitality Group who eliminated tipping in his restaurants in 2015.)
On the extensive menu, you can find: 4 Tacos (NIS41-66); 4 Burritos (NIS57-68); 4 Sliders (NIS48-68); 2 Bowls (NIS72 & NIS76); King craves (a ribeye steak) NIS40 per 100 grams; 7 Sandwiches (NIS66-126); 6 Munchies like fries and onion rings (NIS28-63); 1 salad (NIS56); 4 sides (NIS9-19); Desserts (NIS35); Soft drinks including Dr. Brown's black cherry, ginger ale, root beer and cream soda (NIS12); wines, beer, cocktails and shots.
Ye'ela, a young woman, who is working before going into the army in two months, was our friendly, efficient, knowledgeable waitress.
As we always do, we told Nachum to choose menu items Crave likes to promote, so  first he brought us one Crispy Chicken Slider (NIS57), normally served on two mini bums; and a Bacon Classic (NIS68) on one mini bun.

The delicious Crispy Chicken Slider is tempura-battered chicken, Asian slaw, house pickles, sesame mayonnaise, and barbeque sauce.
Next was the mouth-watering Bacon Classic (yes, it is kosher with lamb bacon*), NIS68,. With the mini burger is tomato, lettuce, onion, house vegan cheese and Crave sauce. Without bacon is NIS59.
*(A package of the lamb bacon to take home is NIS30; a side in the restaurant is NIS19.)
Sliders come with two mini buns.
(If you've ever heard of a real Reuben, it consists of corned beef, Swiss cheese, sauerkraut, and Russian dressing and is grilled between slices of rye bread. It was invented by a Jewish grocer in Omaha, Nebraska for the weekly poker group which met at a hotel between, 1920 and 1935. The hotel owner put it on his lunch menu, and it became a success.)
A Crave Reuben (NIS72) on toasted rye has house-cured, smoked New York-style pastrami, vegan mozzarella cheese, kimchi (a Korean salted & fermented condiment with cabbage and radishes, seasonings, scallions, garlic and ginger), pickled onion, sriracha (a Thai-inspired spicy sauce of red chili, garlic, vinegar,  sugar and salt) and truffle (a rare edible mushroom delicacy) mayonnaise. I barely got a taste of this delicacy because my companion bit into it, said, "it tastes like in America and all the flavors came through!"
The last tasting was the Pulled Brisket Sandwich (NIS66) - very tasty, melt-in-your mouth, tender meat and just a little spicy. Inside toasted rye bread was Adobo* braised pulled brisket, Asian slaw, tobacco** onion, barbeque sauce, and sesame mayonnaise.
*(Adobo is a marinade or sauce of Spanish and Portuguese origins with soy sauce, vinegar, paprika, oregano, salt, and vinegar.)
**(Tobacco onions are called this because they resemble tobacco shreds; they are thinly-sliced onion, coated in flour and seasonings and deep-fried.)
All the portions are very large so they are easy to share.
Breads are from Russell's Bakery next door, an artisan bakery owned by South African,  Edward Grossman Russell.
As you can see from the listings on the menu, there is so much variety, you'll want to return to Crave again and again to try something that you crave but missed on an earlier visit!
The definitions of foods are those of the author, not the manager or the restaurant.
The author and photographer were guests of the restaurant.
Share: