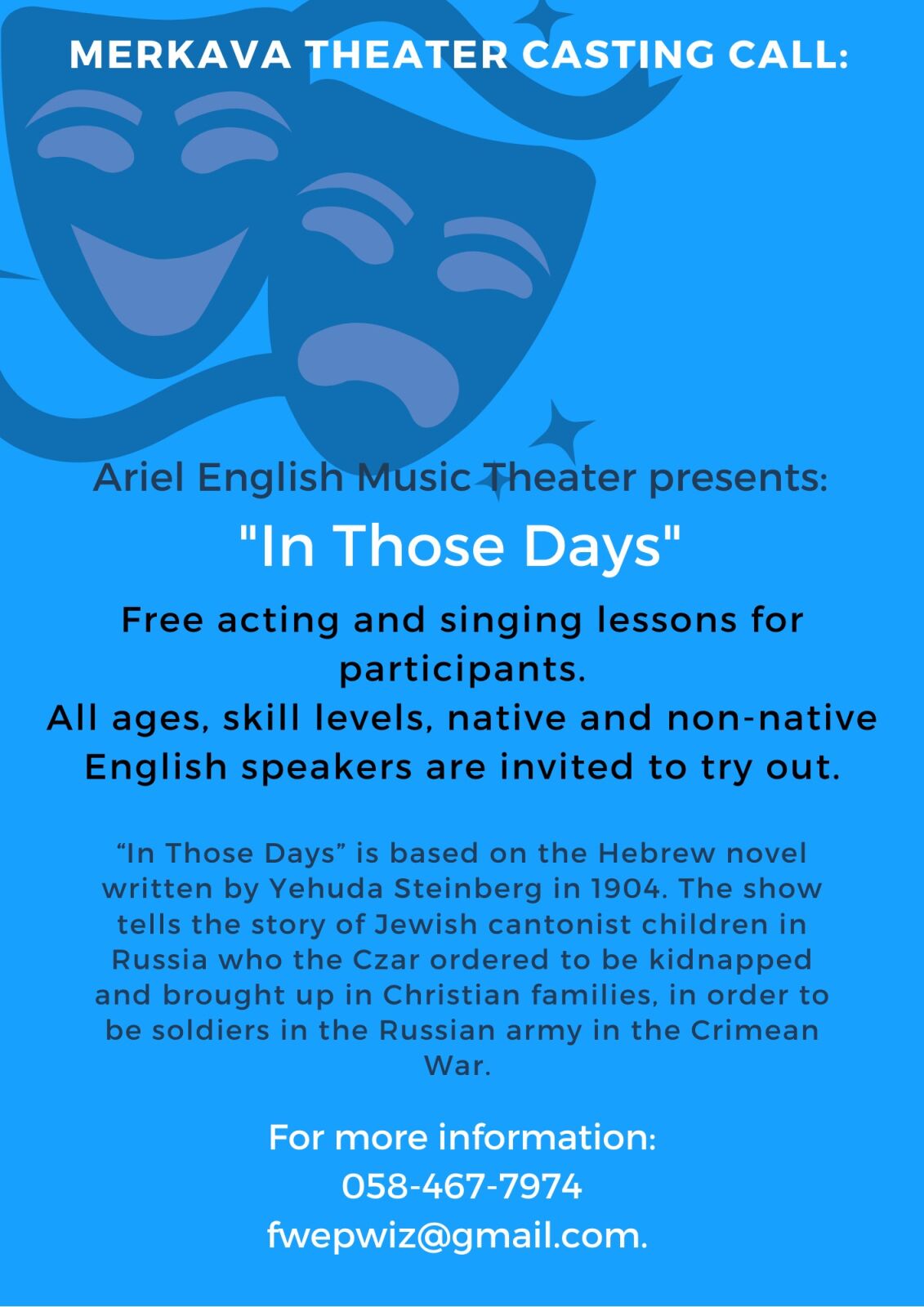 Playwright/composer/director Franklyn Wepner invites creative English speaking people of all ages to participate in our new free community Englsh musical theater in Ariel. Beginners are welcome, as well as professionals. Free acting and singing lessons for all ages. Participate in our productions for children and for adults. Our first production is “In Those Days”, based on the Hebrew novel of that name written by Yehuda Steinberg in 1904. The novel is adapted for the stage by Franklyn Wepner, who also composed the music. The show is about the Jewish cantonist children in Russia who the Czar ordered to be kidnapped and to grow up in Christian families, in order to be soldiers in the Russian army in the Crimean War. It is a Jewish “Les Miserables” musical: a love story and also a war story. The show follows the adventures of Jewish cantonist boy Samuel Horowitz from the time he is kidnapped at age 10 in the shtetl by the “catcher” and grows up in a Christian family, till the time he returns home from the army and marries his Jewish sweetheart. Plenty of drama. comedy, songs and dances. Fun for all ages. For details call Franklyn at 058-467-7974 or email him at [email protected] Here is Franklyn’s own video of his show, “In Those Days”.

"Believe It Or Not" seminar

Photograph Square Photos of Jerusalem with a Smartphone - CLASS