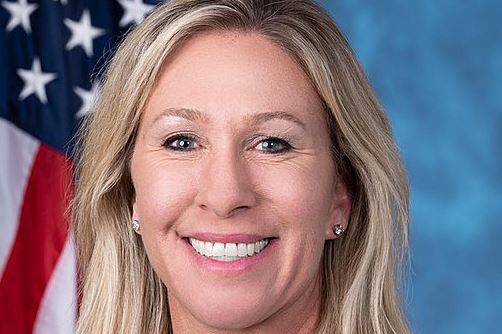 “President Joe Biden is unfit to hold the office of the presidency,” said Greene in a statement issued just one day after Biden’s inauguration.

“His pattern of abuse of power as President Obama’s vice president is lengthy and disturbing. President Biden has demonstrated that he will do whatever it takes to bail out his son, Hunter, and line his family’s pockets with cash from corrupt foreign energy companies,” she said.

Greene called the case against Biden “vast and detailed,” and said that he had “gravely endangered the security of the United States.”

“Joe Biden abused the power of the Office of the Vice President, enabling bribery and other high crimes and misdemeanors, by allowing his son to influence the domestic policy of a foreign nation and accept various benefits—including financial compensation—from foreign nationals in exchange for certain favors,” she said.

Greene said that Hunter Biden had received millions of dollars from foreign sources, seemingly in exchange for access to his father.

“President Biden is even on tape admitting to a quid pro quo with the Ukrainian government threatening to withhold $1,000,000,000 in foreign aid if they did not do his bidding,” she said.

Greene was referring to a January 2018 meeting of the Council on Foreign Relations, in which Biden seems to brag about having used his power as vice president in 2016 to force Ukraine to fire its top anti-corruption prosecutor, Viktor Shokin.

At the time, Shokin had an active investigation against a company called Burisma, and Hunter Biden was serving on Burisma’s board of directors.

Greene posted the relevant portion of the video on Twitter.

“The evidence of widespread knowledge, corruption, and collusion on behalf of the Biden family with foreign nationals is clear and compelling,” she said.

“President Biden residing in the White House is a threat to national security and he must be immediately impeached,” said Greene.

Opinion: Why is Biden going back to the Iran deal?