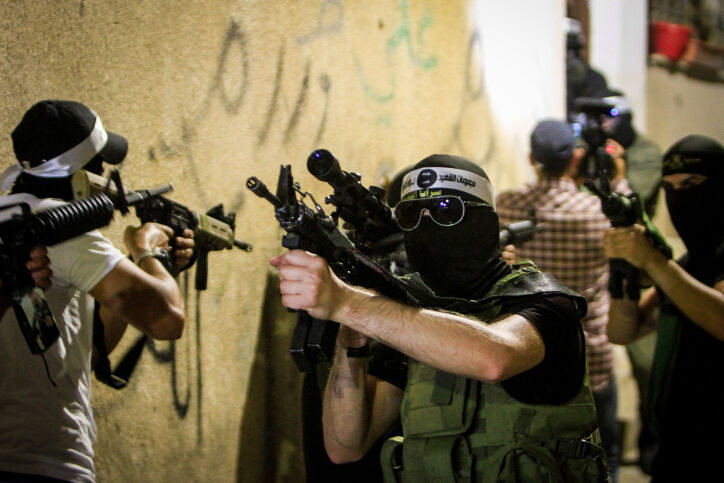 Israeli forces came under fire during an arrest raid in the city, according to the military.

A Palestinian was killed in Jenin on Tuesday night during a firefight between terrorists and Israeli forces.

Israeli troops came under fire during a counter-terror raid in Jenin, with several Palestinians also hurling explosive devices at them, according to the Israel Defense Forces. The soldiers returned fire, hitting one of the assailants. Two terror suspects were arrested during the raid.

The official Palestinian WAFA news agency identified the casualty as Mohammad Marei, 25, of Jenin. Marei was evacuated to the Khalil Suleiman Hospital in Jenin in critical condition, where he later died of his wounds, according to the report.

“The soldiers responded with riot dispersal means and .22 caliber rounds. A hit was identified,” the Israeli military said.

Six additional terror suspects were apprehended in Silwad, where a number of illegal weapons were also confiscated, the IDF statement said, bringing the total arrests on Tuesday night to 13.

All of the suspects were transferred to security forces for further processing, the IDF said.

Meanwhile, a Palestinian terrorist attempted on Tuesday night to stab an Israel Police officer at the Inspector’s Gate, at the entrance to the Temple Mount in Jerusalem.

According to the police, the suspect fled into the Temple Mount after the attack. Police searches resulted in the arrest of a Bethlehem resident in his 20s, who has been taken for questioning by the Jerusalem District Police’s Central Unit.

The officer was not wounded in the attack.