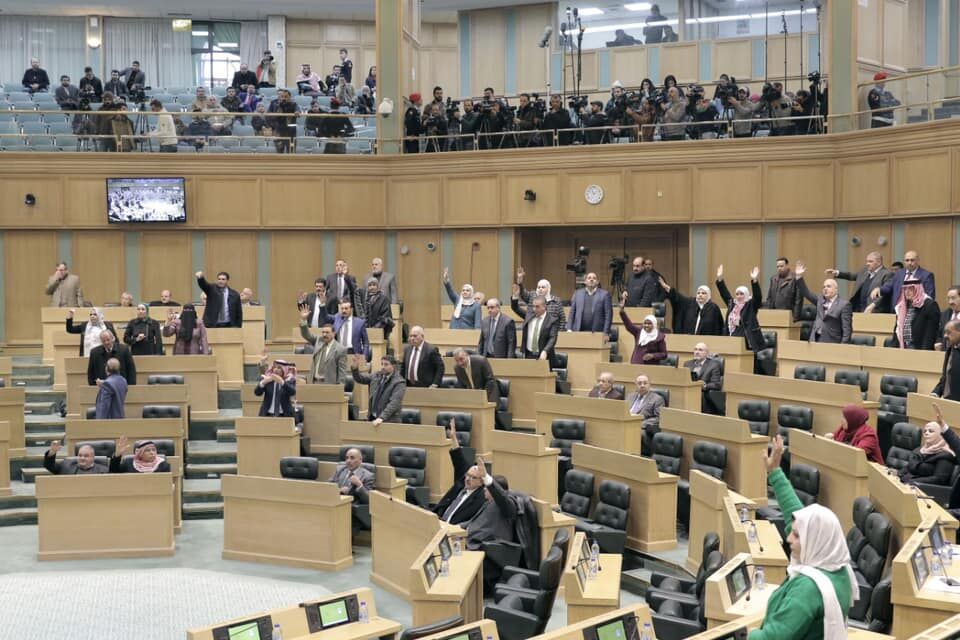 Jerusalem Center for Public Affairs via JNS
By Pinhas Inbari

The Brotherhood’s logic is clear: Just as they opened the door to Iran in Gaza, they want to divide Jordan to allow Iran’s infiltration there as well.

Hamas’s attempts, led by Saleh al-Arouri, to infiltrate the West Bank worry not only Israel but Ramallah and Jordan as well. Hamas’s efforts are currently the common denominator for the cooperation required of Israel and Jordan. Israeli and Palestinian Authority forces are already operating in the Jenin region of the West Bank.

This is an opportunity to examine what is happening in Jordan. Developments there should be troubling King Abdullah II. Although Jordan is currently calm domestically, the Jordanian parliament is giving the king stress. According to comments from journalists close to the palace, the king views the Muslim Brotherhood (Hamas’s umbrella organization) as the source of the unrest.

In mid-December, the Jordanian parliament challenged the government’s far-reaching water and electricity agreements with Israel. Then, on Dec. 28, 2021, a brawl took place while the lawmakers discussed changing the fundamental laws to ensure gender equality. When it deliberated whether to attach the Arabic feminine form of the word “Jordanian” alongside the masculine form, the resulting uproar included swearing and an exchange of blows. Eventually, a compromise was reached.

The parliament passed amendments that enabled the king to appoint top public security and judicial officials, along with the grand mufti and royal advisers. An amendment was also approved to establish a National Security Council controlled by the king, which would handle all issues related to defense and security. But it came at a price. In an unprecedented move, the parliament removed the king as the head of the parliamentary security committee.

Jordanian journalists close to the royal palace accused the Muslim Brotherhood of planning the provocations in parliament.

The veteran leader of the Muslim Brotherhood branch in Jordan, Laith Shubeilat, did not hesitate to accuse the Brotherhood’s new generation of having ties to foreign entities—namely Iran. Shubeilat is no lapdog for the Hashemite regime; he had a strained relationship with King Hussein and was arrested several times. In a recording released on Jan. 3, 2022, Shubeilat was heard attacking the Brotherhood leadership’s corruption: “You preserved the organization, and you did not preserve the religion.”

Jordanian publicist Ahmed Salama reported that when King Abdullah allowed Hamas leaders Khaled Mashaal and Ismail Haniyeh to attend the funeral of a senior member of the Brotherhood, Ibrahim Ghosheh, in August 2021, they exploited this humane gesture to persuade mourners to recognize the two Hamas figures as leaders of Jordan’s own Islamic faction. “The funeral turned into a pledge of allegiance to Hamas and its leaders,” Salama wrote. Moreover, their incitement “was an embarrassment to the government’s alliance with the Ramallah authority.”

The goal of the Brotherhood, according to Salama, is to fragment Jordan as they have divided the Palestinians. Its logic is clear: just as they opened the door to Iran in Gaza, they want to divide Jordan to allow Iran’s infiltration there as well.

Arouri’s attempts to infiltrate the West Bank are understood in Jordan as part of an Iranian mission also to infiltrate the “East Bank.” Faced with this Hamas strategy, Jordan must coordinate with Israel and the P.A.

Pinhas Inbari is a veteran Arab affairs correspondent who formerly reported for Israel Radio and the Al Hamishmar newspaper. He currently serves as an analyst for the Jerusalem Center for Public Affairs.