May 12, 2022 | News | Arab-Israel Conflict | People | National
PA to conduct independent investigation into the death in Jenin of Al Jazeera journalist. 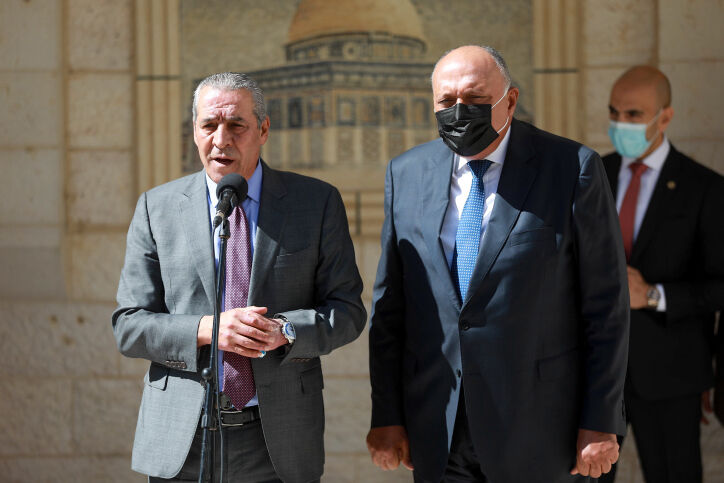 The Palestinian Authority has so far rejected Israeli requests for a joint forensic investigation.

Palestinian Authority Civil Affairs Minister Hussein al-Sheikh announced on Thursday that the P.A. will conduct an independent investigation into the shooting death of Al Jazeera journalist Shireen Abu Akleh in Jenin on Wednesday.

Akleh was shot dead during intense gun battles between Palestinian terrorists and the Israel Defense Forces, which had launched a security raid to arrest Hamas and Palestinian Islamic Jihad suspects in the Jenin area.

Al-Sheikh said the P.A. would share the results of its investigation with Qatar, where Al Jazeera is based, as well as with the United States and other official organizations, according to a report by Kan news.

The P.A. has so far rejected Israel’s requests that it transfer the bullet that struck Akleh to an Israeli forensics lab.

Al-Sheikh, for his part, claimed that “all of the signs and testimonies point to Israeli special forces being the ones who eliminated her” in a tweet. The Palestinian minister produced no evidence to support his charge.

In a briefing for members of the foreign press on Wednesday evening, Israeli Defense Minister Benny Gantz said, “We are not certain how she was killed, but we want to get to the bottom of this incident, and to uncover the truth as much as we can. We do not currently have a way to conduct a full forensic investigation, so we asked the Palestinians to provide us with the bullet … they have found … that killed Shireen according to their assessment, and I hope that we will get their cooperation. And we want to conduct, not just a military debriefing but a full-scale investigation on our side, to include a forensic analysis and process, which is very important.”

Israel was in touch with the P.A., the United States and other officials in the area in connection with the incident, said Gantz.

“I must emphasize that the State of Israel and the defense establishment, including the IDF, value human life above all, and we place great importance on freedom of press, on your work and as much as possible to ensure the security of the journalists who are operating on the ground,” he added.