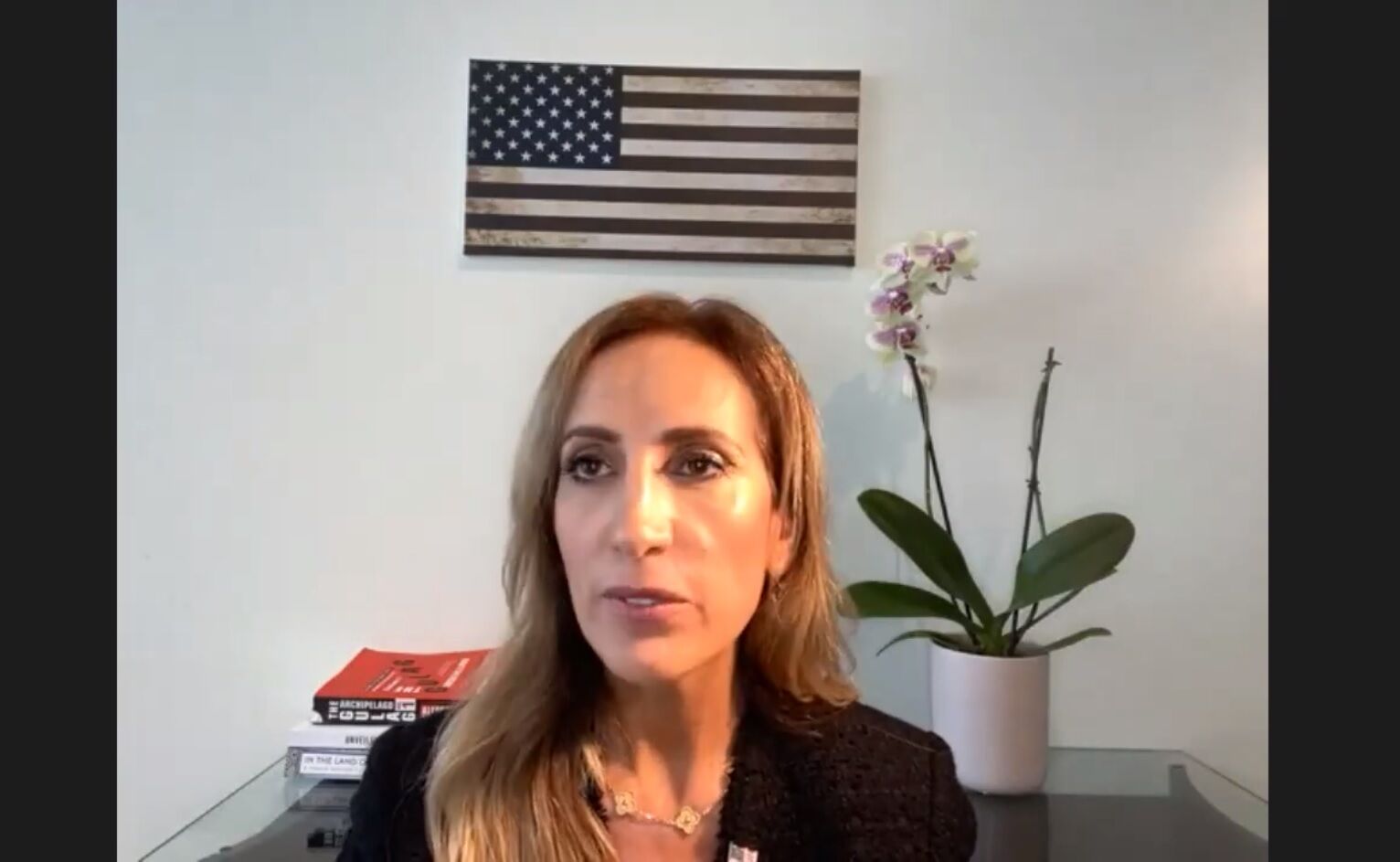 In addition to its 80-million-plus residents are a small number of Jews who live in fear of “government reprisals if they draw attention to the mistreatment of their community,” says Ellie Cohanim, former U.S. deputy special envoy to monitor and combat anti-Semitism.

Former U.S. deputy special envoy to monitor and combat anti-Semitism Ellie Cohanim is urging the Biden administration “not to overlook” Iran’s human-rights violations and genocidal calls to eliminate Israel, as well as hold the regime “accountable” for its actions before re-engaging in negotiations with the Islamic Republic.

“The people of Iran have a right to basic human rights,” Cohanim told JNS; as such, “it is incumbent” on President Joe Biden and U.S. Secretary of State Antony Blinken “not to further entrench into power this murderous thug regime.”

“The Iranian regime has engaged in what I call an ‘obsessive anti-Semitism’ with the Supreme Leader Ayatollah Khamenei himself making genocidal calls for the ’elimination of Israel,’ while Israel holds half of the world’s Jewish population,” she said. “There is no justification for President Biden putting the Iranian regime on the pathway to nuclear capability without the Islamic Republic first renouncing its desire to wipe Israel off the map of the earth.”

Cohanim examined human rights in Iran—and its tools of violence, abuse, oppression and repression—in a virtual webinar on Feb. 18 hosted by the Jewish Policy Center. She detailed how the Islamic Republic “abuses” its citizens in order to maintain its power and control over them; Iran’s judiciary system has become “notorious for its travesties of justice”; and noted the regime’s “obsessive anti-Semitism.”

“Anti-Semitism motivates everything that the regime does, including their oppression of the local Jewish population,” she told viewers before explaining how Iran’s Jewish community, which numbers an estimated 8,000 people out of a total population of more than 80 million, lives under “sanctions discrimination,” including in the areas of employment, education and public accommodations.

She added that the Jews there live in daily fear of “government reprisals if they draw attention to the mistreatment of their community.”

‘The regime will stop at nothing to retain power’

Cohanim also broke down Iran’s “long list” of human-rights violations, which include collective punishment; demanding false confessions; the arrest, detainment and torture of activists, in addition to their lawyers and family members; and oppressing “any Iranian who dare speak out against the regime at any moment in time.”

Recalling last year’s hanging of 27-year-old Iranian wrestler Navid Afkari, who was arrested in 2018 for participating in protests, Cohanim said “the message sent to the Iranian people with Navid’s execution was clear: The regime will stop at nothing to retain power and no Iranian, no matter how famous, can stand in its way.”

Cohanim concluded her formal remarks by calling attention to the Biden administration, which recently announced that it agreed to meet with Iranian leaders and other world powers involved in the 2015 Iran nuclear deal. She said that the United States is in a position in which “we have all the chips” and the perfect opportunity to hold Iran accountable for its human-rights violations because of Tehran’s weakened state.

She mentioned those weaknesses, which include the fact that “Iran’s economy is reeling from U.S. sanctions from the previous administration, the people have shown their will time and again to confront the regime, and the country is struggling still with the COVID-19 pandemic.”

“Therefore,” she said, “the policy solutions are rather simple I would argue.”

Cohanim explained that America can hold the regime accountable for its flagrant violations of the fundamental rights of the people of Iran, saying “any U.S. contemplation of sanctions relief on Iran or deal-making with Iran must be contingent upon the regime bringing to a complete halt their heinous human-rights violations and must require the dismantling of the security apparatus system created for the purpose of repressing Iranians. Only then will the regime hold an ounce of legitimacy in the eyes of the Iranian people, and only then will it be morally correct for the United States to engage with the Islamic Republic of Iran.”

Military makeup: This might be the oddest job in the IDF

Why are Tucker Carlson and Peter Beinart trying to help Iran?