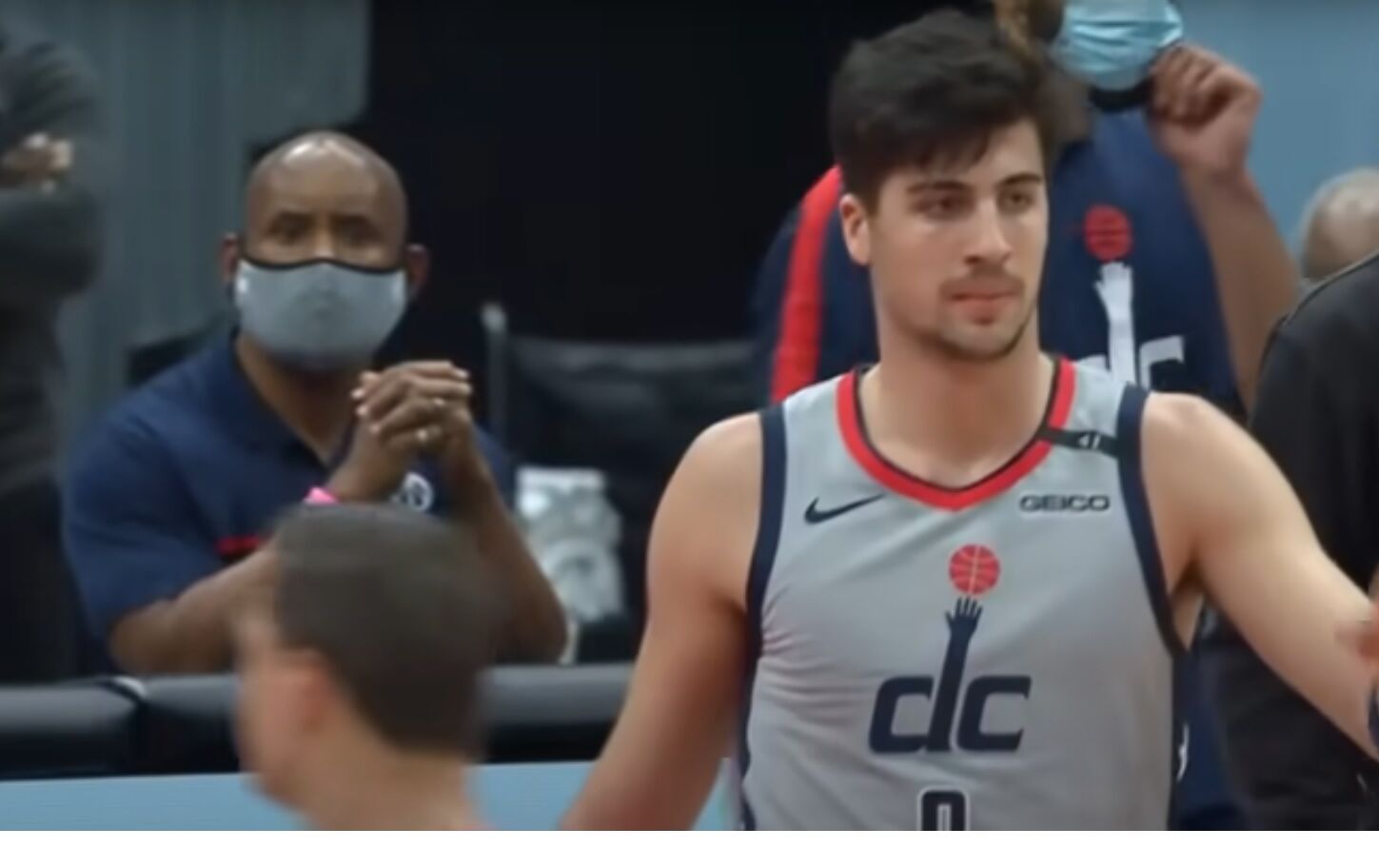 “I love the fact that he is cleaning up the boards and we need more of it,” said Washington Wizards Coach Wes Unseld.

For Deni Avdija and the Washington Wizards, there is no place like home. The Israeli forward and his team recently completed their longest homestand of the season with a 5-1 record. Avdija’s performance has been on the upswing, and his coach and the media are noticing.

The following evening, with the Wizards defeating the 9-5 Memphis Grizzlies, Avdija tied a career-high with 21 points, including 15 in the first half—the second time in his career with 15 or more points in a single half.

Avdija’s hot streak continued in a Nov. 16 loss to the Oklahoma City Thunder. He grabbed seven rebounds, blocked two shots and notched 12 points, scoring in double figures for his fourth consecutive game. His scoring slowed down a bit in the Wizards’ Nov. 18 overtime win against the Miami Heat, when he hit one three-pointer and had one rebound and three assists in only 14 minutes of play.

In the Wizards’ Nov. 20 victory over the Charlotte Hornets, Avdija registered his sixth career double-double with 12 points and season-high 13 rebounds.

Following the game against the Hornets, reporters asked Coach Wes Unseld about Avdija’s impressive rebounding in recent weeks. “I love the fact that he is cleaning up the boards and we need more of it. He’s got positional size.” Unseld is pleased that Avdija can help his teammates pull down rebounds. “It can’t be just be on KP (Kristaps Porzingas) and Gaff (Daniel Gafford). It has to be by committee and he did that tonight.”

Avdija echoed, “I always like rebounding the ball, as part of my game. I was extra aggressive tonight on the rebounds. We had an emphasis on the rebounds pregame because they are a good offensive rebounding team. I was just on the glass, trying to grab them.”

Other reporters noted that Avdija had more opportunities to bring the ball up the court, with guard Monte Morris out with a sore right ankle. “I get comfortable every time I get those assignments—even being a point guard sometimes, crossing the court and making plays for others. I love doing that, if that’s what coach needed me to do on the court. I am capable of doing that.”

Avdija has always prided himself on his hard work and fighting spirit. He feels motivated to continue to work hard to enter the starting lineup, and does not get frustrated if he needs to serve time in the second unit. “I feel like if I have challenges throughout the season and have to go to the second unit and battle my way back, that is fine. In the end of the day, I am going to play my role and try to master my role. Whatever I’m doing, whatever unit I’m on, second unit or first unit, I’m just going to go out there and play hard.”

On the other hand, Avdija has been frustrated with questionable fouls called against him. “I don’t know why sometimes I get this treatment. I’m just frustrated because I’m guarding the best guys on the opposite team and if I get really easy fouls and it gets me out of the game, in general, it is frustrating. I will try to get better and foul less…as I get older and [earn] more respect in this league, hopefully it will get better. Sometimes it is frustrating. I’m not going to lie.”

Yet Avdija keeps perspective and remains positive. “I am glad I am having those challenges. The grind makes me tougher mentally and makes me believe in myself more. So I’m taking it in a good way.”

Avdija continues working to improve his game. “I am trying to dunk more and trying to be more aggressive…I set a goal for number of dunks in a season so I think I’m at a pretty good spot with it. And it makes me miss fewer layups.” When asked how many dunks he planned for the season, he admits, “I don’t remember what number but I wrote it down at the start of season as a goal.”

Is the new season of ‘My Unorthodox Life’ a train wreck or just a bumpy ride?

Security to be increased for Israel’s new ministers