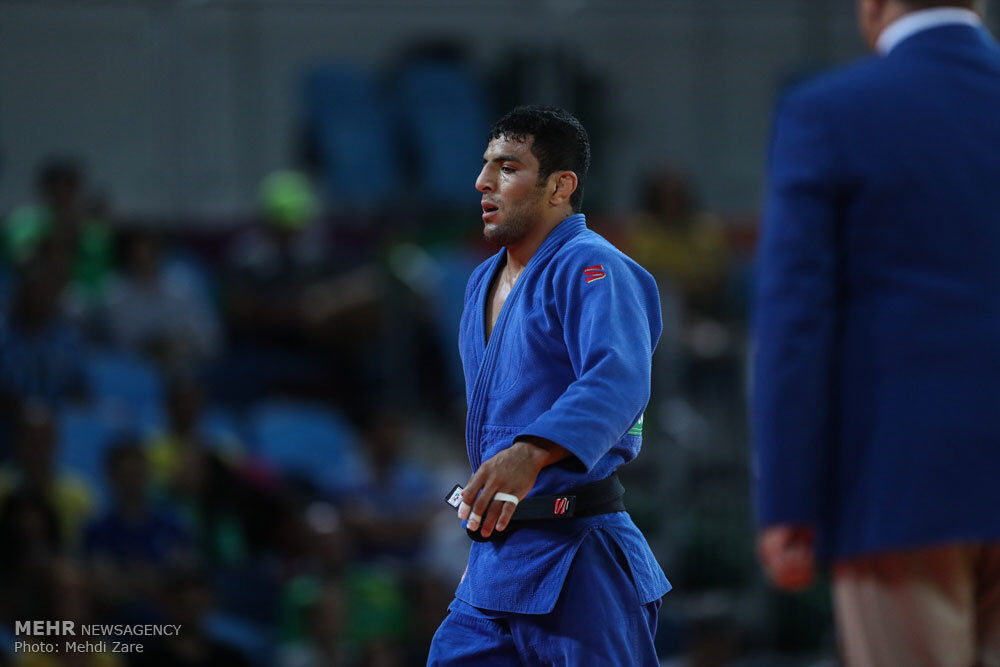 Israelis cheered for Iranian-born judoka Saeid Mollaei as he claimed his silver medal at the Tokyo Olympics.

But even the Israeli judokas closest to Mollaei weren’t prepared for his reaction when the Israeli Sports Channel asked him how felt.

“Thank you to Israel for the good energy. This medal is dedicated also to Israel,” the 29-year-old judoka told the network. “I hope the Israelis are happy with this win.”

He then added “todah” (thank you).

Mollaei’s path to the Olympic podium began in Tehran, where he was born and raised, but took unusual detours in Japan, Germany, Mongolia and Israel.

In the past, Iranian judokas faked injuries or deliberately threw fights to avoid competing with Israelis, but Mollaei drew attention to the unsporting behavior. At the 2019 Judo Championship in Japan, Mollaei’s coach conveyed instructions from Tehran to throw a fight in order to avoid competing against Israeli champion Sagi Muki.

Mollaei bested his first opponent. But ahead of a match against Matthias Casse of Belgium, he was approached by someone from the Iranian embassy who threateningly informed Mollaei that security forces were at his parents’ home in Tehran. Mollaei threw the fight and Muki went on to win the world title.

Instead of retuning home, Mollaei fled to Germany, where he obtained asylum. Later in the year, he accepted Mongolia’s offer of citizenship. Mongolian President Khaltmaagiin Battulga also serves as chairman of his country’s judo federation.

In the aftermath, Iran was banned from international judo competitions until 2023.

Although Mollaei and Muki didn’t compete, they became friends and stayed in touch. And in 2020, Mollaei traveled to Israel for the Tel Aviv Grand Slam, a two-day tournament. A photo of the two in Tel Aviv took the Israeli Twitter-verse by storm.

The two trained together in Tel Aviv, but a hoped-for match didn’t materialize when Muki was upset in an early round. Mollaei won the Grand Slam’s silver medal.

In March, Hollywood’s MGM Television announced plans to make a documentary and TV series about Mollaei’s friendship with Muki.

Unfortunately, not all athletes in Tokyo have shown the same sportsmanship.

Saudi judoka Tahani Al-Qahtani hasn’t confirmed if she will show up for a bout on Friday with Israeli Raz Hershko. The issue has sparked fierce debate on Saudi social media.

Judokas Fetih Nourine of Algeria and Mohamed Abdalrasool of Sudan were no-shows for matches with Israeli Tohar Butbul. Nourine withdrew from the games on Saturday, explicitly citing his support for Palestinians for his decision. Abdalrasool didn’t make a public statement about his decision, but Butbul said his team was told Abdalrasool had a shoulder injury — a reason that didn’t exactly convince Butbul or the Israeli team.

Nourine and his coach were swiftly suspended by the International Judo Federation last weekend. The Algerian Olympic committee withdrew both men’s accreditations and made plans to send them home.