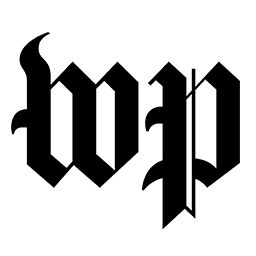 By any objective measure, the Abraham Accords have been a success. The normalization agreements between Israel and several Muslim-majority nations, including the United Arab Emirates, Bahrain, Sudan and Morocco, have helped transform the Middle East, brightening the prospects for peace between the Jewish state and the rest of the region. Unsurprisingly, the Washington Post’s World Views columnist, Ishaan Tharoor, felt the need to minimize the Accords.

Tharoor does refer to the Accords as “landmark normalization agreements,” and notes their economic impact. “Normalization between the UAE and Israel has already led to at least $675 million in bilateral trade, direct flights between the two countries, an influx of tourists and expanded people-to-people contacts,” he writes.

Indeed, one would be hard pressed to think of downsides to the agreements. They are, in every sense, historic.

As JNS has noted, the Abraham Accords are the “first agreements between Israel and other Mideast nations since Israel’s peace with Egypt in 1979 and with Jordan in 1994.” Further, “the UAE and Bahrain are the first Gulf countries to normalize ties with the Jewish state.”

The Abraham Accords are noteworthy for other reasons, as well. As CAMERA has highlighted, Israel’s previous agreements with Jordan and Egypt lacked the social, economic and educational components that are contained in the accords with Bahrain and the UAE. But as JNS reported:

Yet Tharoor, whose track record of anti-Israel bias has been documented by CAMERA, can’t help himself. The World Views columnist seems unable to refrain from distorting history and depriving Palestinians of independent agency.

The chief problem with the Accords, Tharoor tells readers, is that they hinder the possibility of a peace agreement with the Palestinians. The Palestinians, he says, have been ignored. In reaching the agreements, he writes, “the U.A.E. chose to ignore Palestinian concerns in favor of the promise of expanded trade links with Israel, enhanced potential security cooperation against Iran and new political incentives from an eager Trump administration.”

Elsewhere, Tharoor derisively calls those who highlight the enhanced trade that has followed the Agreements “boosters” and claims that the “economic pitch, in principle, extends to the Palestinians, though little has changed in the grim dynamic that sees an Israeli military occupation hold sway over millions of Palestinians in the West Bank, and an asphyxiating military blockade circumscribe the lives of roughly two million Palestinians in the Gaza Strip.”

Tharoor laments that in the spring of 2021, when Hamas and other Iranian-backed, Gaza-based terrorist groups, launched another war against Israel, “the Arab states that normalized ties with Israel did little to change the calculus of Israeli military operations, defend Palestinians facing expulsion from their homes in East Jerusalem or kick start any meaningful political process between the two embittered sides.”

But it is the Palestinians who have refused numerous offers to take part in meaningful and honest negotiations with Israel. Indeed, as CAMERA highlighted in a Times of Israel op-ed and elsewhere, Palestinian leaders have consistently rejected opportunities for peace with Israel.

Going back to the 1930s, Palestinian leadership have rejected more than half a dozen proposals for statehood. History is clear: no Palestinian Arab state has ever existed, and for this the Palestinians have only their leaders to blame.

In more recent years, the Palestinian Authority, the entity that rules the West Bank (Judea and Samaria), refused U.S. and Israeli offers for a Palestinian state in 2000 at Camp David, in 2001 at Taba and in 2008 after the Annapolis Conference. The 2008 proposal included more than 93 percent of the West Bank with land swaps for the remaining percentage, as well as a capital in eastern Jerusalem. Yet, PA leader Mahmoud Abbas rejected the offer out of hand, and similarly declined 2014 and 2016 proposals to restart negotiations based on that proposal.

The Palestinian leadership never made any counterproposal, despite the fact that the P.A. itself was created as a result of the Oslo Peace Process, which calls for resolving issues in bilateral negotiations. Oslo remains the basis for the P.A.’s legitimacy—such as it is—and for its funding by international donors, organizations and states.

Indeed, in the months and years before the Abraham Accords were signed, the Trump administration, like others before it, even presented the aid-dependent P.A. with the opportunity to participate in peace negotiations. The P.A., however, is nothing if not consistent, and rejected the opportunity.

On June 25, 2019, Jared Kushner, President Trump’s son-in-law and adviser, presented part of the administration’s plan for Israeli-Palestinian peace. The economic portion of the proposal, entitled “From Peace to Prosperity,” was formally unveiled at a conference in Bahrain, with representatives from several Arab nations in attendance.

The P.A., however, refused to participate. Indeed, the P.A. had announced its opposition more than a year earlier—long before the terms of the proposal were announced. The P.A. not only boycotted the proceedings, it threatened retaliation against any Palestinians who participated, arresting and imprisoning and reportedly torturing Palestinian businessmen who chose, at great personal risk, to attend the conference.

Tharoor, who likes to style himself a defender of Palestinian human rights, may hope to memory-hole the episode. But Washington Post readers deserve a reminder of what exactly the P.A. truly stands for.

Indeed, the P.A. has not only rejected peace, it has refused to quit paying salaries to terrorists who attack Israelis, or to end its anti-Israel, and often anti-Semitic, indoctrination programs. Official P.A. media routinely features maps that erase Israel. P.A. streets, awards, and sports tournaments are named after terrorists, and P.A.-approved school textbooks similarly erase the Jewish state and celebrate anti-Jewish violence.

Tharoor, of course, omits all of this. Indeed, in dozens and dozens of columns on the peace process, the World Views columnist hasn’t once mentioned the long history of Palestinian leaders rejecting peace. To do so would ruin his narrative of a stubborn Jewish state obstructing peace with Palestinians who are utterly without independent agency.

But peace has come to parts of the Middle East. It is, thankfully, spreading. Much, one suspects, to the frustration of Palestinian leadership and their apologists in the Western press.

Sean Durns is a senior research analyst for CAMERA, the 65,000-member, Boston-based Committee Accuracy in Middle East Reporting in America.

This article was first published by CAMERA.